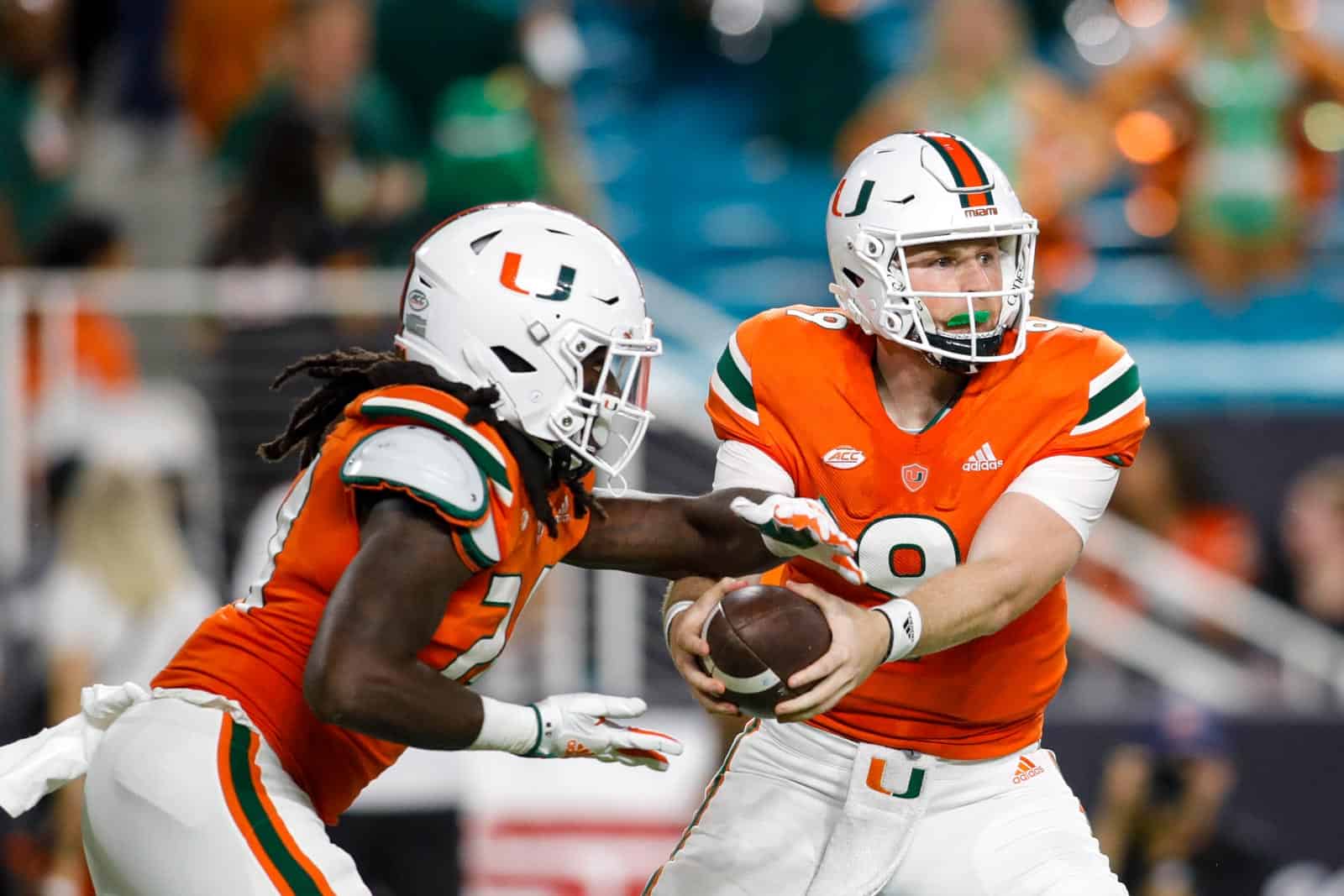 Most Football Bowl Subdivision (FBS) teams have their non-conference football schedules set for the 2023 season, but a handful still need one game or have not revealed their final opponent.

Two schools, Jacksonville State and Sam Houston, are currently in the Football Championship Subdivision (FCS) but are moving up to the FBS and will compete in Conference USA beginning in 2023. Both schools have yet to announce their fourth and final non-conference opponent.

The New Mexico State Aggies, which are joining Conference USA after five seasons as an FBS Independent, are actually over-scheduled by a few games based on public announcements and records searches to date. We currently have seven non-conference opponents listed for NM State, but that will need to be whittled down to four. However, the Aggies have the option to play five non-conference opponents if their game against Hawaii remains on the schedule.

The 12 other opponents that play Hawaii could also play a 13th game in 2023 due to the Hawaii Exemption, but that is the exception rather than the norm so we won’t speculate on that. Currently, none of those 12 teams are set to play 13 games next season.

Below are the teams that currently have one non-conference opening in 2023, or their final opponent has not been officially announced (as of Jan. 6, 2023).

Baylor has two of their three non-conference opponents scheduled. Their third game will likely be against an opponent from the FCS.

UPDATE (Jan. 31): Baylor added a home game against LIU to complete their schedule.

Jacksonville State has three of their four non-conference opponents scheduled. Their fourth game will likely be against an opponent from the FCS.

Louisiana’s game against New Mexico State will not be played in 2023 due to the Aggies moving to a conference and having to trim games. Expect Louisiana to schedule one of the available teams listed here since they already have an FCS opponent.

A source told FBSchedules.com recently that Miami has still not finalized their fourth opponent for 2023. It could be against an FCS opponent or from one of the other FBS teams that need a game.

UPDATE (Jan. 13): Miami added a home game against Bethune-Cookman to complete their schedule.

Ohio already has an FCS opponent scheduled, LIU, so their fourth and final opponent should come from one of the other teams mentioned here.

Sam Houston has three of their four non-conference opponents scheduled. Their fourth game will likely be against an opponent from the FCS.

Like Louisiana, San Diego State also needs a non-conference opponent in 2023. Their game with NM State was scheduled for Sept. 2, but NM State later scheduled a home contest against Western Illinois on the same date.

SMU has three of their four non-conference opponents scheduled. Their fourth game will likely be against an FCS school.

UPDATE (Jan. 24): SMU added a game vs. PVAMU to complete their schedule.

Southern Miss athletics director Jeremy McClain said last month on a radio show that the school is in the process of adding Alcorn State to their schedule, but the contract has not been finalized yet.

Tulane head coach Willie Fritz said on Thursday that they will host Nicholls in 2023. The game will likely be on Sept. 23.

Kennesaw St is in the transition phase… And needs a lot of games. Do they count as an FCS or FBS opponent?

I’m pretty sure they will be classified as an FCS Independent in 2023.

ETSU needs to hit up Miami or Jacksonville State. Liberty bounced them from their 2023 schedule when they joined CUSA, so ETSU needs an FBS money game on their schedule.

If I recall correctly, Miami (Fla.) had a 2020 game at Michigan State scrapped due to Covid. Has that game been cancelled, or will it be rescheduled?

It has not been rescheduled yet.

By my quick research, there are five P5 programs that are not playing a P5 OOC opponent (Boston College, Michigan, Oklahoma, Oregon State, and UCLA). BC plays Army, so I guess that satisfies the (unofficial?) requirement, though it really shouldn’t. No excuse for the other four programs, though I’ll cut UCLA a little slack since Michigan pulled the rug out of their scheduled series a few weeks back.

Ha! When I first read the headline, I thought…
“Don’t 95% of teams open with a non-conference game?”

It would be interesting to see the FCS teams that have openings.
I know that Sac State and Weber State have openings, but they already have FBS opponents scheduled, so they’re unlikely to schedule another FBS team.