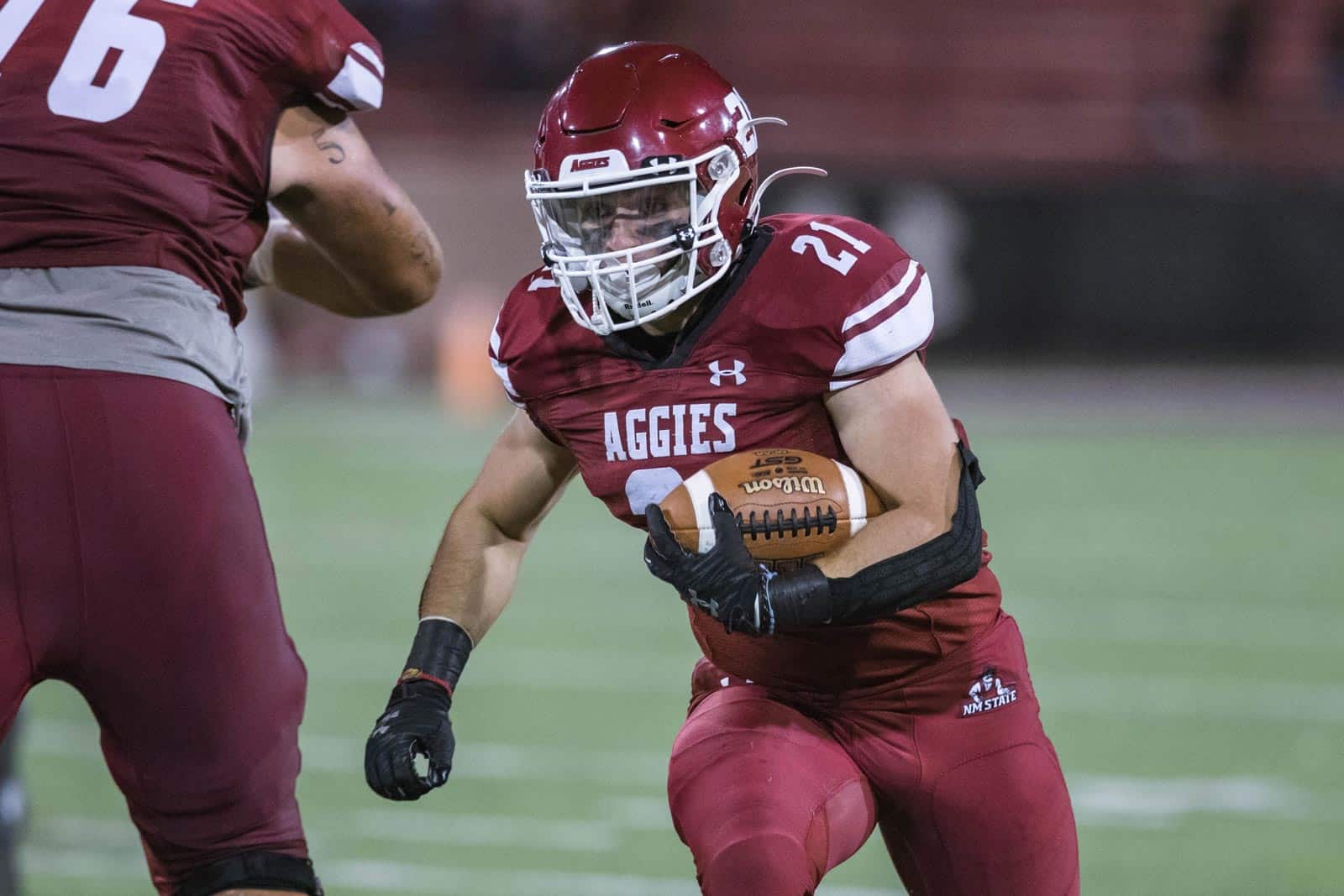 The New Mexico State Aggies have added the Western Illinois Leathernecks to their 2023 football schedule, FBSchedules.com has learned.

A copy of the football game contract with New Mexico State University was obtained from Western Illinois University via a state Freedom of Information Act request.

New Mexico State will host Western Illinois at Aggie Memorial Stadium in Las Cruces, N.M., on Saturday, Sept. 2, 2023. The Aggies will pay the Leathernecks a $360,000 guarantee for playing the game, according to the copy of the contract.

In their first and only meeting on the gridiron, New Mexico State defeated Western Illinois 31-24 on Oct. 31, 1981 in Las Cruces.

New Mexico State was previously scheduled to play at the San Diego State Aztecs on Sept. 2, 2023, so the status of that game is in question. The status of New Mexico State’s other non-conference games in 2023 is also up in the air as the Aggies, currently a Football Bowl Subdivision (FBS) Independent, are joining Conference USA next season.

New Mexico State is currently scheduled to open the 2023 season in Week Zero on Saturday, Aug. 26 at home against the UMass Minutemen. Other non-conference opponents that were previously scheduled include Air Force at home and San Diego State, Hawaii, Louisiana, Northwestern, Auburn, and New Mexico at home. NMSU’s annual game against UTEP will now become a conference game.

As previously mentioned, most of those games will be canceled or postponed as New Mexico State begins play in Conference USA. Moving forward, the Aggies will play eight Conference USA opponents and four non-conference opponents each season.

IMO,
NMStU Aggies successful focus in 2023 could be building that Regional Fan power Base.
By prioritizing their Fans in the Stands & eyeballs on the TV with their established Games @ Home VS UT Miners( now a C-USA Foe as well as their closest recruiting / geographical / cultural Rival) & UNM Lobos in Albuquerque where the Lobos still deemphasize FB over BB but are in the center / only Metro Area in the State of New Mexico they could gain $ & marketing Traction which they lost as a forced Independent.

(After 2017, no 1-A fbs Conference wanted NMStU Aggies because of their Geography/ Record. Their Athletic Department could choose to drop to 1-AA fChampionshipS Level, as their former low Performing WAC Opponent UID Vandals did, or retain 1-A fbs Standing & become unaffiliated with any Conference.

UTEP will be a conference game so that game will still be played and I assume New Mexico will remain on the schedule.