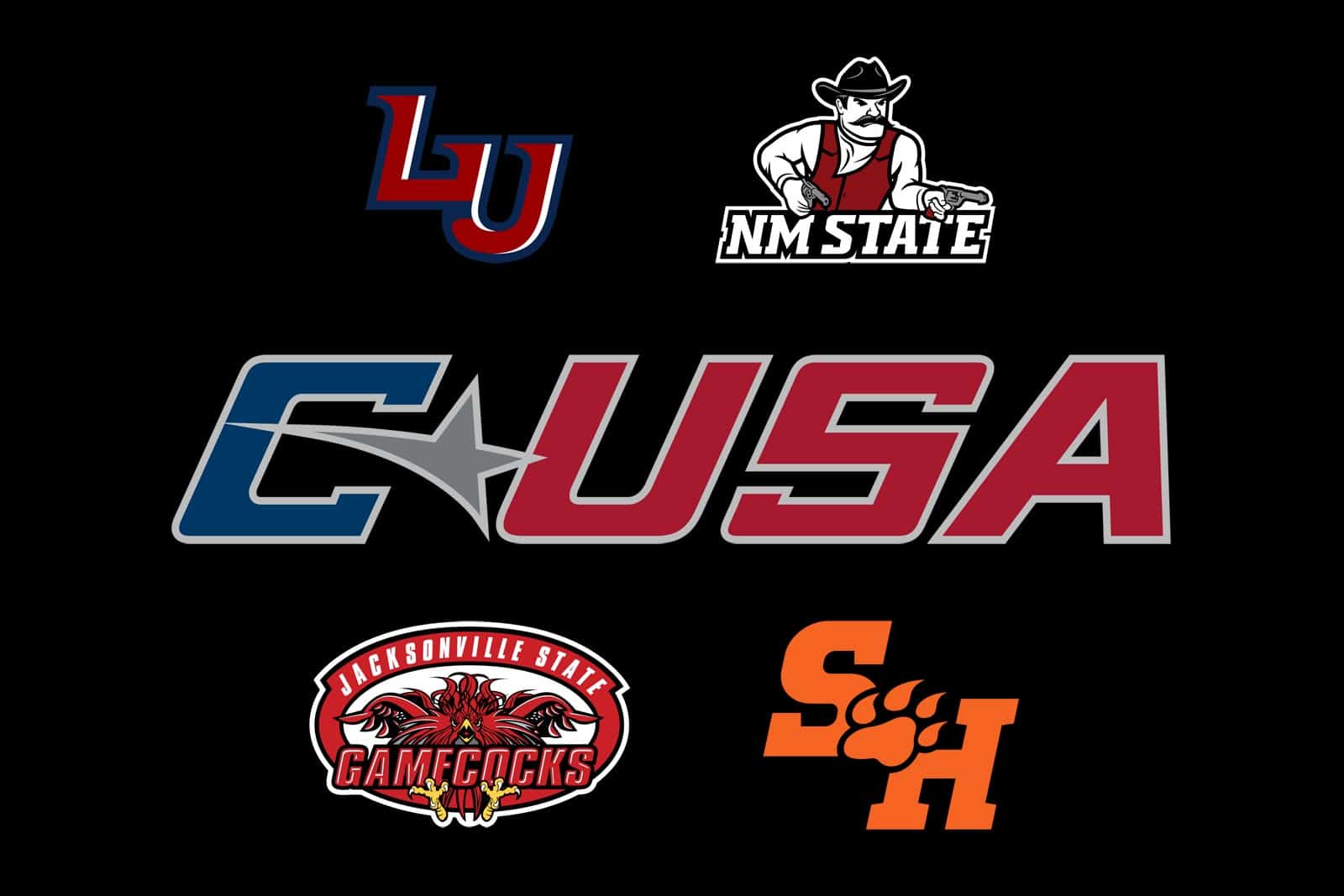 The Liberty Flames, New Mexico State Aggies, Jacksonville State Gamecocks, and Sam Houston Bearkats will each join Conference USA in 2023, it was officially announced on Friday.

All four schools will join the league effective July 1, 2023.

“We are incredibly excited about adding these four new members and feel there is tremendous upside in these moves for our conference,” Conference USA Commissioner Judy MacLeod said. “This is a quality mix of established and emerging universities that provides us with a compelling group to continue to build with, focusing on competing for and winning championships well into the future. We have been deliberate in our efforts for the past few weeks to get us to this point and will continue to evaluate and consider our additional options for membership.”

Below are quotes from all four schools.

“On behalf of Liberty University, I want to thank Commissioner MacLeod and the leaders in Conference USA for this exciting opportunity,” said Liberty University Director of Athletics Ian McCaw. “Today is another important advancement for our University, athletics program and Flames Nation. Liberty’s momentum and rapid upward trajectory in intercollegiate athletics will continue as we train Champions for Christ, provide a high quality student-athlete experience and achieve victory with integrity as future members of Conference USA.”

“We’re delighted to be counted among the outstanding universities that make up Conference USA,” said NMSU Chancellor Dan Arvizu. “Finding a home for all of our athletic teams, in a league that sponsors FBS football, has been a priority for us for many years. Today’s agreement puts our university in the best position for success and we are looking forward to the bright future ahead of us.”

“Ever since our last football game we played as a conference member, the 2017 NOVA Home Loans Arizona Bowl win in front of 25,000 members of Aggie Nation, my primary goal for that program was to return to a conference,” said NM State Director of Athletics Mario Moccia. “Today that goal has become a reality. Playing football as an FBS Independent in 2018, 2019 and this season has been a challenging experience. Becoming a member of Conference USA is a significant day in our athletic department’s history.”

“Conference USA is a founding member of the College Football Playoff and will provide access to funding that will help all our athletic teams and 400 Aggie student-athletes,” Moccia continued. “We look forward to all of our teams competing for Conference USA championships in the not so distant future and our fans becoming acquainted with new conference opponents. I know Aggie Nation is anxious to create new rivalries with programs from around the nation, especially when it comes to our men’s basketball program which has long been one of the premier mid-majors in the land.”

“Jacksonville State University has and always will be eager to listen to opportunities that put our University and athletics department in the best situation possible, so when Conference USA reached out to us we were excited to listen,” JSU President Dr. Don Killingsworth said. “With the landscape of collegiate athletics changing more rapidly now than ever, we are thrilled to be able to align with a league with such an outstanding tradition as C-USA.”

“We are certainly proud of the tradition that has been built by Gamecock Football, one that spans well over a century,” JSU Athletics Director Greg Seitz said. “We’ve solidified ourselves as one of the most successful and consistent programs in the FCS over the past decade, so the opportunity to compete at the game’s highest level is one we couldn’t pass up.”

“While the landscape of college athletics has been changing rapidly, this is not a decision that was made overnight,” Sam Houston Athletics Director Bobby Williams said. “The steps we have taken over the last decade have prepared us for this move. I think it says a lot about the overall success of our athletics programs, that our name was one of the first to come up.”

“We are delighted to join Conference USA and look forward to competing at a higher level, building new relationships and embracing a future this university has long considered,” said Sam Houston State University President Dr. Alisa White. “We appreciate the leadership of the Western Athletic Conference as we began the conference transition process a year ago and look forward to working with officials at Conference USA as we move into this next exciting phase for our university.”

SHSU and JSU leave the WAC and ASUN, respectively after only two seasons, wonder how that will sit with those conferences

Any word on if UConn and/or UMass will join C-USA for football only?

CUSA will want UConn in all sports, not just football. No way UConn gives up Big East basketball.