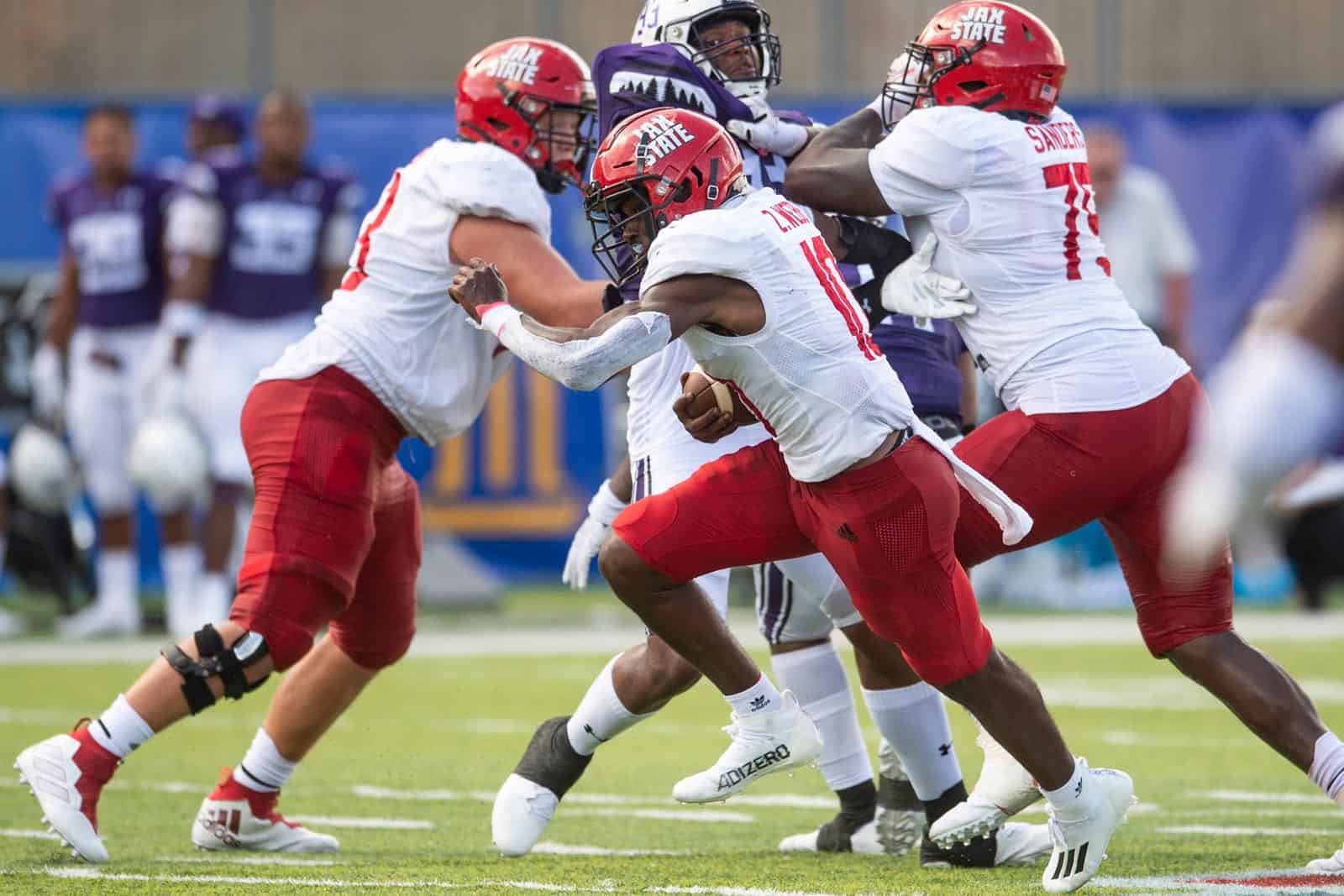 The Jacksonville State Gamecocks have added the ETSU Buccaneers to their 2023 football schedule, it was announced on Tuesday.

Jacksonville State will host ETSU at JSU Stadium in Jacksonville, Ala., on Saturday, Sept. 2, 2023. The game will mark the fourth overall meeting between the two schools on the gridiron.

Jacksonville State and ETSU last met in the 2018 FCS Playoffs. The Gamecocks won that contest, 34-27.

ETSU is a member of the Southern Conference (SoCon) in the Football Championship Subdivision (FCS). The Buccaneers finished the 2022 season 3-8 overall and 1-7 in SoCon action.

Jacksonville State is currently a member of the ASUN Conference in the FCS, but is moving up to the Football Bowl Subdivision (FBS) and will compete in Conference USA beginning with the 2023 season.

In other non-conference action in 2023, Jacksonville State will play at the Coastal Carolina Chanticleers on Sept. 9, host the Eastern Michigan Eagles on Sept. 23, and visit the South Carolina Gamecocks on Nov. 4.

The announcement of Jacksonville State’s complete 2023 Conference USA football schedule with dates was also made on Tuesday. The Gamecocks will host UTEP, Liberty, WKU, and Louisiana Tech and travel to Sam Houston, Middle Tennessee, FIU, and New Mexico State.

The 2023 season will be the second for Jacksonville State under head coach Rich Rodriguez, who went 9-2 overall and 5-0 in ASUN action in his first season at the school. The Gamecocks were ineligible for the conference title and FCS Playoffs due to their transition to the FBS.

Someone needs to get Jacksonville State playing Troy again each year. That was one of the best rivalries in Div II for so long… Folks went even just to hear their two bands’ halftime shows…