The 13 most long-awaited reunions in college football in 2022 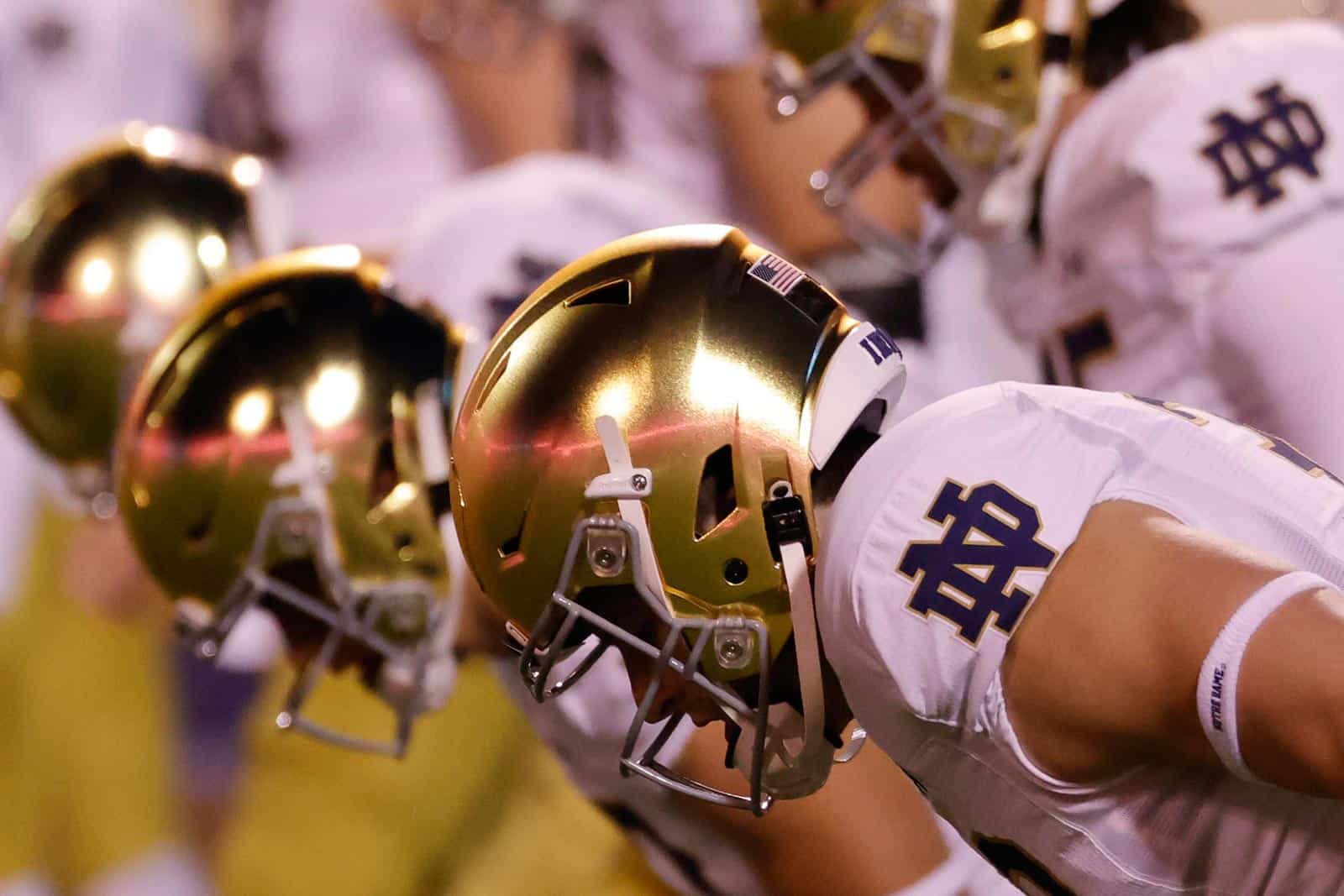 It’s been at least three decades since we’ve seen the following pairings on the gridiron. While all might not be stellar matchups, each is an individual opportunity to be a part of history.

Average Price of gasoline: $1.13 per gallon

The Dukes and Eagles last met in 1992, a home win for Georgia Southern that also marked its seventh consecutive victory over James Madison. The Dukes were in their final year as a Division I-AA (FCS) independent at game time (they joined the Yankee Conference in 1993), still 30 years from ascending to the Football Bowl Subdivision (FBS) ranks via the Sun Belt this season. Georgia Southern was a member of the Southern Conference at the time, not moving up to the FBS until 2014. James Madison’s sole win in the series came in the first meeting, a home victory in 1985. As co-members of the Sun Belt East, the two should meet annually for the foreseeable future.

The Seminoles and Tigers haven’t clashed since the back end of a home-and-home series in 1991. Florida State was ranked No. 1 coming into the contest, a 27-16 win for the Seminoles in Baton Rouge and part of a ten-game win streak that ended with back-to-back regular season losses to (2) Miami Fla. and at (5) Florida. For LSU it was the first year of the Curley Hallman experiment and the third of six straight losing seasons, a dark period that didn’t end until Gerry DiNardo took over the reins in 1995. The ‘Noles lead the all-time series 7-2 and have won the last four. The pair have plans to meet again in next season’s opener in Orlando.

The Cajuns and Owls – located a quick four-hour drive apart via Interstate 10 – haven’t met since September of 1989. Rice, still a member of the Southwest Conference at the time, went 2-8-1 that year while Louisiana finished 7-4 (which included an impressive 24-17 loss at No. 11 Alabama) as an independent. The two programs first met 101 years ago, in 1921, and then played four regular season games in the 1980s. The Cajuns lead the all-time series 3-2 and have won two-straight. The two schools will meet again in 2025 in Lafayette.

Price of gasoline: 90 cents per gallon

The Green Wave and Wildcats have only met once previously on the gridiron, a 20-16 home win for Tulane on September 17, 1988, precisely 34 years to the day before this year’s clash in Manhattan. The Green Wave, still an independent at the time, went 5-6 that season, the first of the Greg Davis era. Davis took over after Mack Brown left for his first stint at North Carolina. For K-State the loss was part of an 0-11 campaign. The Wildcats only recorded three total wins from 1985-88 before Bill Snyder took over in 1989 and slowly righted the ship. The pair have future dates booked in 2024 (in New Orleans) and 2026 (in the Little Apple).

Price of gasoline: 62 cents per gallon

The Bulldogs and Ducks have only met once previously, a 27-16 regular-season home win for Georgia in 1977. The Bulldogs struggled to a 5-6 record that year making the fact that they would go on to win the national championship just three seasons later likely seem like science fiction at the time. For Oregon, it was the opening salvo in what became a 2-9 campaign in Rich Brooks’ first season at the helm, also the seventh installment in an eight-year losing streak. The two schools don’t have any additional plans to meet again.

Like UGA and Oregon, the Utes and Gators have only met once previously, also during the 1977 regular season and also resulting in a victory for the SEC club (Florida won 38-29). The Gators finished 6-4 that season while the Utes, then a member of the Western Athletic Conference (WAC), skidded to a 3-8 mark. The duo will also open the 2023 season together, this time in Salt Lake City.

Price of gasoline: 36 cents per gallon

The Owls and Trojans haven’t clashed since a 1971 regular-season date in Houston that resulted in a 24-0 shutout for USC. The Trojans went 6-4-1 that year, tying the effort for the third-worst outcome in the fruitful John McKay era. Rice finished 3-7-1 in Bill Peterson’s single campaign at the helm. Peterson came to Rice after posting a 62-42-11 mark as the head man at Florida State from 1960-70. He left the Owls for the Houston Oilers’ head job where he struggled to a 1-18 mark. USC leads the all-time series 2-0-1 with Rice’s only non-loss coming via a 7-7 tie in 1947. The two programs don’t have any future dates booked.

Price of gasoline: 33 cents per gallon

The Golden Bears and Fighting Irish haven’t met since the 1967 regular season, Notre Dame was ranked No. 1 at game time and manhandled Cal 41-8 in South Bend. The Bears went 5-5 that year while the Irish went 8-2 in what was Ara Parseghian’s fourth season. The pair of losses occurred early and were to (10) Purdue and (1) USC, setting the stage for six-straight wins to close out the season and a No. 5 rank in the final AP. Cal and Notre Dame have met four times, all during the regular season, with the Irish winning on every occasion. The pair don’t have any future dates booked.

Price of gasoline: 30 cents per gallon

The Golden Hurricane and Rebels last met in the 1964 Bluebonnet Bowl in Houston. Tulsa won the game 14-7, capping off a 9-2 campaign led by quarterback Jerry Rhome. For Ole Miss, it was the final stanza in a disappointing season which began with a No. 1 ranking in the preseason AP poll and ended with a 5-5-1 record. The two programs have met three times previously but never in Oxford. Tulsa is 3-0 vs. Ole Miss, wins with a combined score of 87-7, the Rebels only points in series history coming in the most recent meeting. The two have no plans to meet again.

Price of gasoline: 31 cents per gallon

The only previous football action between the Mustangs and Terrapins came in a home-and-home series in 1961-62, Maryland winning both meetings by a combined score of 21-6. The 62’ game was the season opener for both teams, the Terps going on to a 6-4 record and SMU skidding to a 2-8 mark in what was also Hayden Fry’s first year ever, and therefore first game ever, as a head coach. Fry went on to post a 49-66-1 mark in 11 seasons at SMU (including capturing the 1966 Southwest Conference title) before landing at North Texas (1973-78) and then finally at Iowa where he earned three Big Ten crowns in 20 seasons (1979-98). SMU and Maryland have no future meetings booked.

The Aggies and Badgers have only met once previously, during the 1962 regular season, a 69-13 win for Wisconsin. For NMSU, it was one of six losses in a 4-6 finish in what was also its first year of independence after leaving the Border Intercollegiate Athletic Association. The Aggies would remain conference-less until 1972 when they signed on with the Missouri Valley. For Wisconsin, the win was part of an 8-1 regular season, a Big Ten title and a No. 2 rank in the AP. That led to a showdown with No. 1 USC in the Rose Bowl, the Trojans edged the Badgers 42-37 to capture their fifth national title and the first since 1939. NMSU and Wisconsin have no future dates booked.

Price of gasoline: 17 cents per gallon

The Blue Raiders and Hurricanes have only met twice previously, a home-and-home series in 1931 and 1932 that resulted in two wins for Middle Tennessee by a combined total of 32-0. The MTSU Teachers (as they were known at the time) were coached by Frank Faulkinberry who was also the head coach for the basketball and baseball programs. Faulkinberry, who was a standout tackle at Sewanee, balanced out his schedule by teaching Latin. Miami was a member of the Southern Intercollegiate Athletic Association and despite also losing to South Georgia State College and at Rollins, finished 3-3-1 and were invited to play in the first-ever Festival of Palms Bowl, the predecessor of the Orange Bowl. There are no plans for MTSU and Miami to meet again.

The Zips and Spartans’ only previous football action came via two games in East Lansing in 1913-14, both blowout wins for Michigan State. For Akron, 1914 was the first year that the school went from being called Buchtel College (the name used since its inception in 1870) to the Municipal University of Akron (it dropped the “Municipal” in 1926). It was during his two seasons as the head coach at Buchtel (1893-94) that John Heisman is thought to have helped invent the snap. Michigan State – then known as Michigan Agricultural College – went 5-2 in 1914 as an independent. One of the wins was the first-ever over Penn State, a 6-3 road victory at New Beaver Field (PSU moved to Beaver Stadium in 1960) to close out the regular season. Akron and Michigan State don’t have any future plans to meet again.