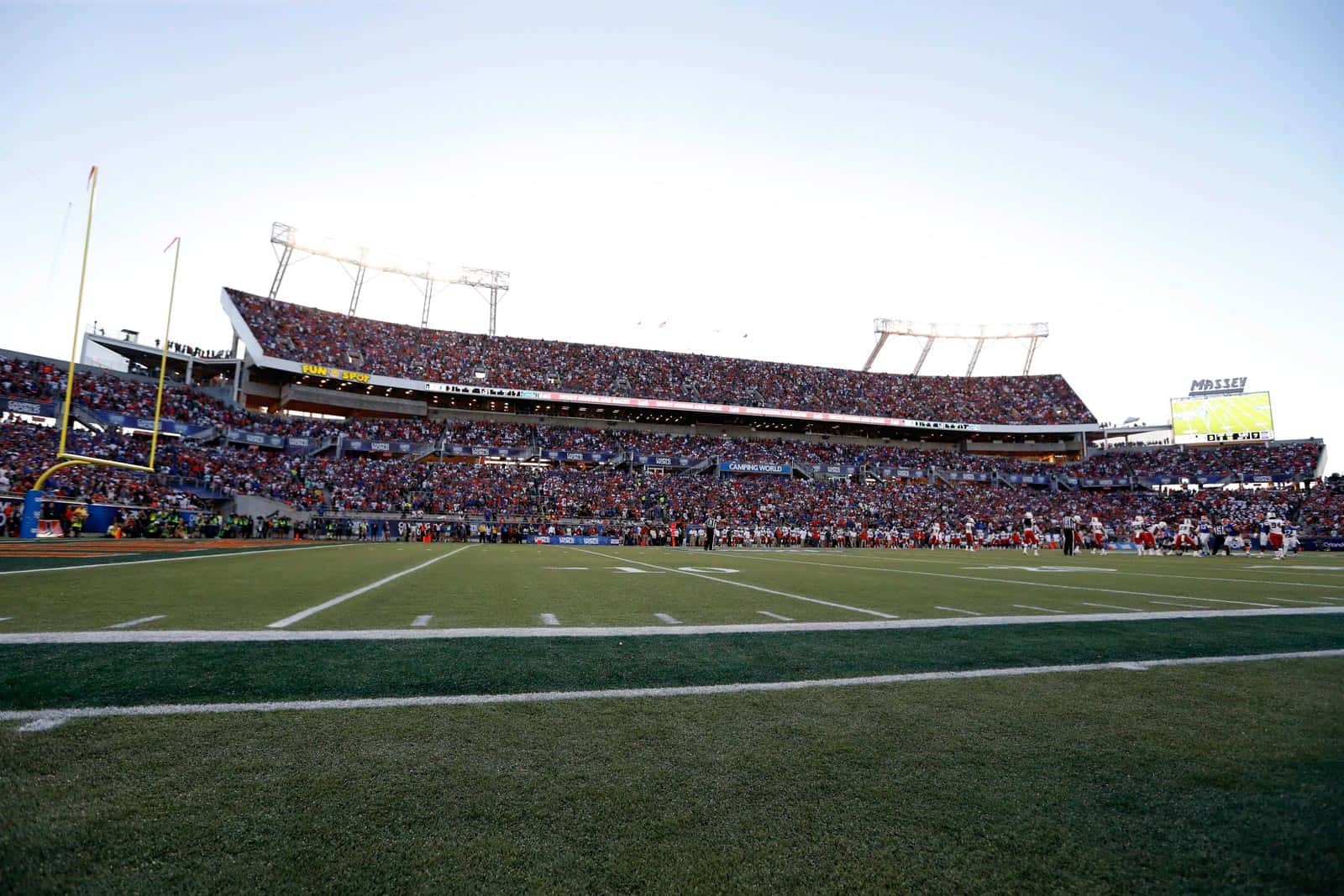 The Florida State Seminoles and the LSU Tigers have scheduled a neutral-site football series for the 2022 and 2023 seasons, both schools announced on Tuesday.

News of the possible series was first reported last year by Brett McMurphy of Stadium.

“LSU and Florida State are two of college football’s most iconic brands, and we look forward to renewing this series,” Peter Derzis, ESPN senior vice president of college sports programming and ESPN Events, said. “When scheduling neutral-site games, our goal is always to provide fans and viewers an incredible matchup, and we feel we’ve done exactly that with these highly-anticipated events.”

Florida State and LSU have met nine times on the gridiron, most recently in a three-game series between 1989 and 1991, with two of those games in Baton Rouge. FSU won the 1991 contest 27-16 and currently leads the overall series 7-2.

“I’m excited about this series,” Florida State head coach Mike Norvell said. “Florida State has a rich tradition in Louisiana, the home of many former Seminoles including Warrick Dunn and Travis Minor, and all three of our national championship teams had at least one player from Louisiana. It continues to be an important area for us now. We added two players from Louisiana in our first signing class, and it will be great for them and other future Noles to be able to play back in their home state. This series matches two of the iconic brands in college football, and I know our fans will have a great time in New Orleans and Orlando. I want to thank our administration for all their hard work on this and for continuing to pursue first-class experiences for our student-athletes.”

Per a copy of the participation agreement for the 2022 game in New Orleans obtained from LSU by FBSchedules.com, both LSU and Florida State will each keep an amount equal to $5.1 million if they sell their full allotment of tickets (30,000 per school). Additionally, LSU will be designated the home team.

Both teams will also receive $5.1 million guarantees for the 2023 game in Orlando, per a copy of the agreement obtained from LSU. Florida State will be the home team in Orlando.

“Our team looks forward to playing Florida State to open the 2022 and 2023 seasons,” LSU head coach Ed Orgeron said. “To play a traditional power like Florida State is a challenge that excites our team. Playing in New Orleans and Orlando is a great opportunity for us to showcase to recruits the LSU program. We look forward to playing anyone, anywhere at any time.”

Florida State is the second scheduled non-conference opponent for LSU for the 2022 season. The Tigers are also scheduled to host New Mexico on Sept. 10.

stay tuned to find out

Should have been a Baton Rouge-Tallahassee series, oh well.

Heck of a schedule for FSU both years to start with LSU and finish with Florida. At least if Norvell gets them back on high quickly, they’ll have the strength of schedule they need to be in the CFP if they beat Clemson.

I like it! Way to go LSU and Florida St. If only Florida St can be the Florida state of 8 years ago!