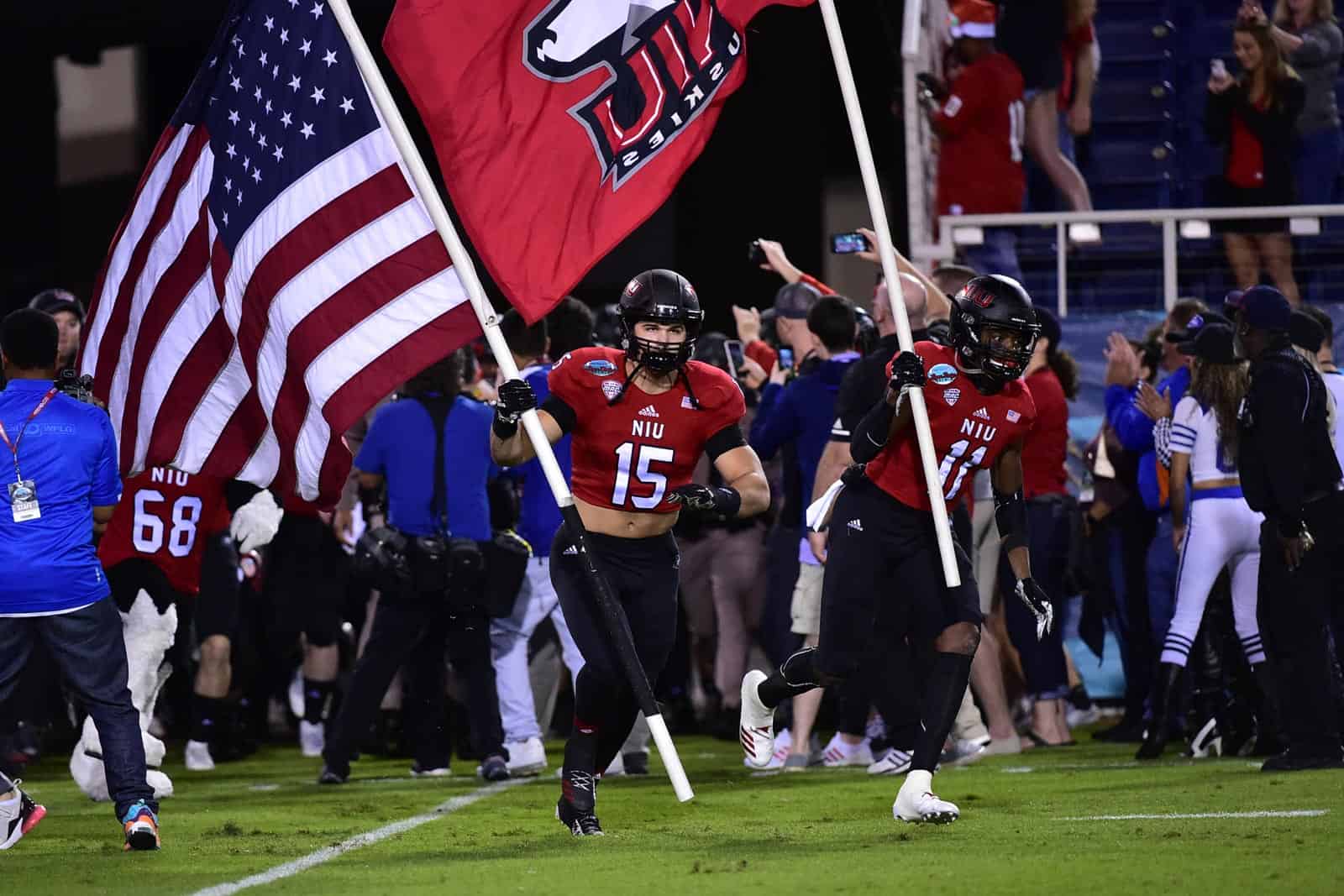 Northern Illinois will travel to take on the Notre Dame Fighting Irish at Notre Dame Stadium in South Bend, Indiana, on Sept. 7, 2024. The game will mark the first-ever meeting between the two teams on the football field.

NIU has also added future games against a pair of in-state Football Championship Subdivision (FCS) schools. The Huskies will host the Southern Illinois Salukis on Sept. 9, 2023 and the Illinois State Redbirds on Sept. 5, 2026.

The Huskies have squared off with the Illinois State Redbirds 56 times and NIU holds a slim advantage in the series, 25-22-9. Illinois State last played in Dekalb in 2000 and lost 52-0.

NIU also announced on Thursday several future football games that were either previously reported by us or the opposing schools:

Moving forward, Northern Illinois will continue to schedule FCS teams, with Sean Frazier feeling that it’s “important” to do so.

“I think it’s important. First, we’ve got to take care of the state. The first thing we do is reach out to the in-state FCS institutions. We have great football in the state of Illinois,” Frazier said. “Some of the best FCS programs reside right here and they’re very challenging. Folks are not knocking down the door to play these teams nationally, so we’re going to do that because we know we have a fan base in the state of Illinois that’s very prideful, that are going to travel to DeKalb, they’re going to come here and see their team. We also see a great opportunity to schedule those in-state FCS schools so we can have some energy and synergy around football and from a financial standpoint, it’s definitely the right thing to do.”