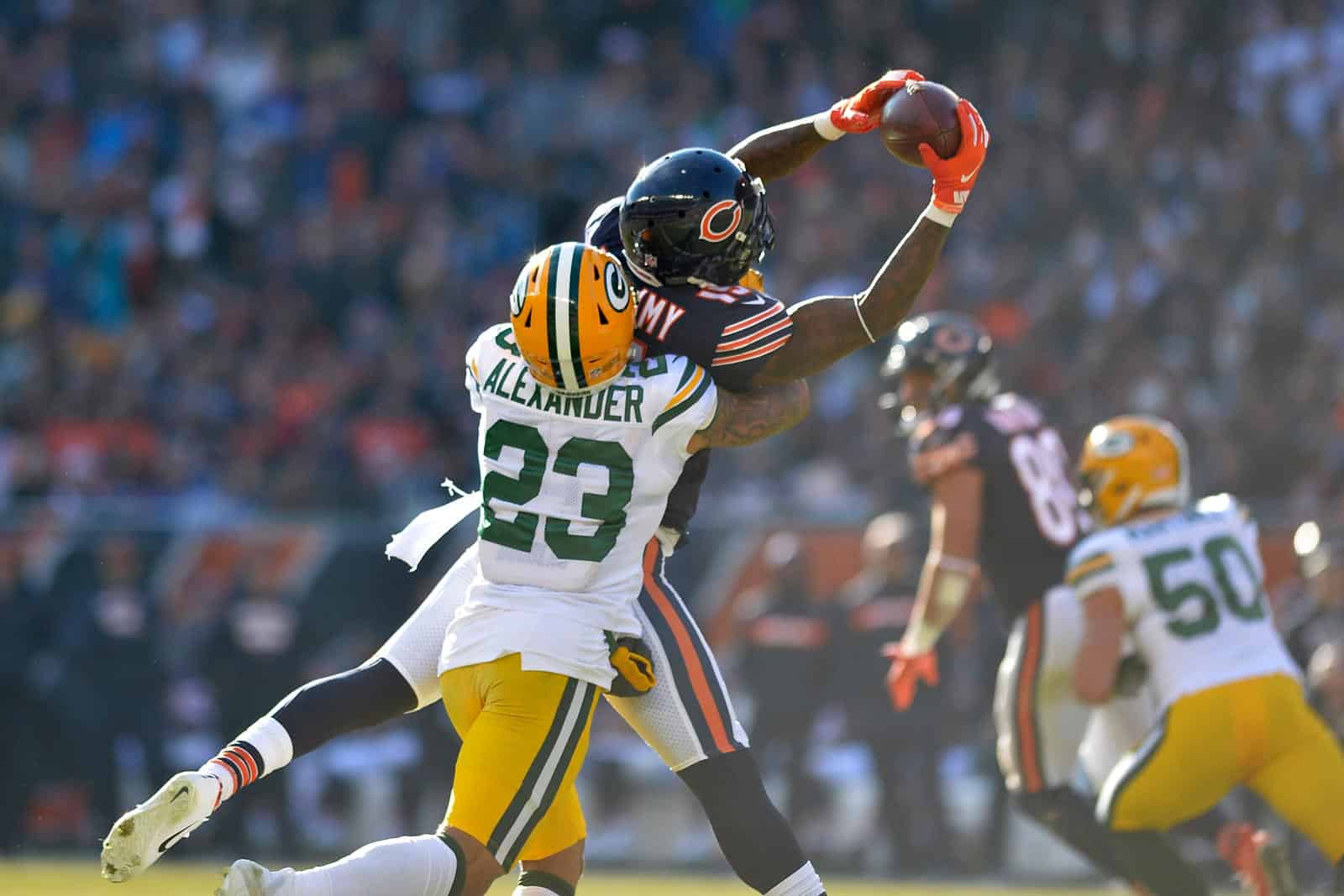 The Green Bay Packers will play at the Chicago Bears to kick off the NFL’s 100th Season, the league announced on Monday.

Green Bay will take on Chicago at Soldier Field in Chicago, Illinois, on Thursday, Sept. 5 and it will be televised by NBC at 8:20pm ET. The game will mark the 199th meeting between the two teams, including regular-season and post-season contests.

The annual NFL season-opening contest is usually hosted by the previous seasons’ Super Bowl winner, which would be the New England Patriots this year. However, the NFL opted to schedule a historical rivalry game for the beginning of the 100th NFL Season celebration.

The New England Patriots will instead host a to be announced opponent at Gillette Stadium in a Sunday Night Football contest on Sunday, Sept. 8. The game will be televised by NBC at 8:20pm ET.

The NFL will likely schedule a top opponent for the Patriots for their-season opening matchup. New England is scheduled to host Cleveland, Pittsburgh, Dallas, NY Giants, and Kansas City this season, in addition to their three AFC East counterparts.

The NFL Preseason will kick off on Thursday, Aug. 1 with the 2019 NFL/Hall of Fame Game at Tom Benson Hall of Fame Stadium in Canton, Ohio. The Atlanta Falcons will take on the Denver Broncos in that contest.

Another preseason contest was announced on Thursday. The Los Angeles Chargers will play the Dallas Cowboys at Aloha Stadium in Honolulu, Hawaii, on Saturday, Aug. 17.

The 2019 NFL Schedule release is expected sometime in mid-to-late April, possibly April 10-11 or April 17-18. Over the past few seasons, the NFL schedule has been released a week prior to the NFL Draft, which begins on Thursday, April 25 this season.