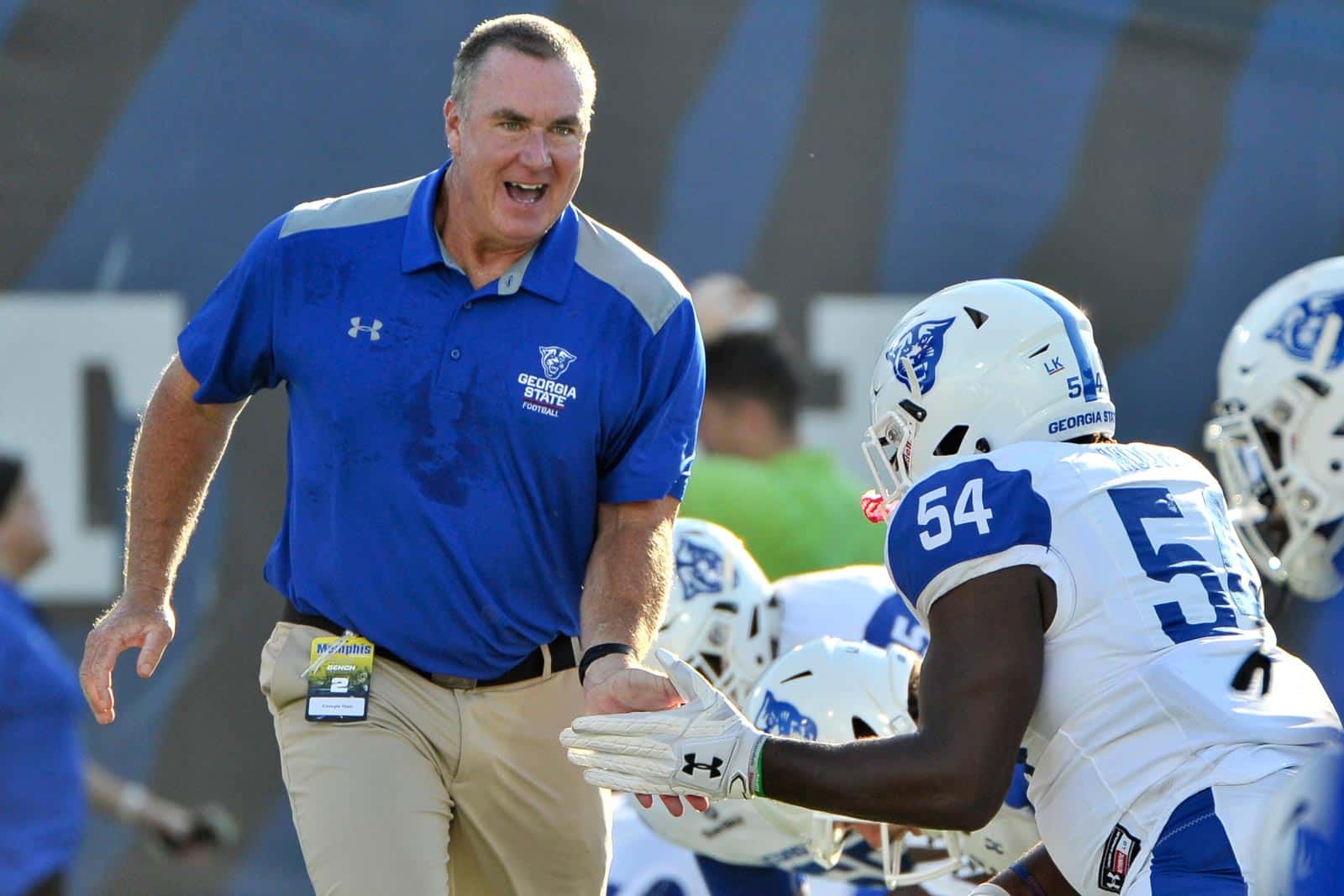 The Georgia State Panthers and the East Carolina Pirates have changed dates of their future football series, GSU announced on Wednesday.

Georgia State and East Carolina scheduled a home-and-home football series in March of last year. The two schools were scheduled to meet for the first time on the gridiron on Sept. 2, 2023 at Georgia State Stadium in Atlanta. The series was to conclude five seasons later at Dowdy-Ficklin Stadium in Greenville, North Carolina, on Sept. 16, 2028.

The Panthers announced today that both games have been moved up on the calendar. Georgia State will now host East Carolina on Oct. 3, 2020 and will return the trip to Greenville on Sept. 25, 2027.

The movement of the 2023 ECU game to 2020 completes Georgia State’s non-conference schedule for the that season. The Panthers are scheduled to open the 2020 season at home against Murray State on Sept. 5 and have road trips at Alabama on Sept. 12 and Charlotte on Sept. 26.

The game at Georgia State in 2020 replaces a previously scheduled game at Virginia Tech that was set for Sept. 26 in 2020. ECU is also scheduled to host Marshall on Sept. 5 and play at both South Carolina on Sept. 12 and Virginia Tech on Sept. 26.

Georgia State also confirmed today our report from last week that they will travel to take on the LSU Tigers on November 18, 2023. LSU will pay GSU a $1.6 million guarantee for the game, according to the copy of the contract.

ECU will not be playing at Virginia Tech ever again. I can almost guarantee that.

A few errors on ECU’s future schedule page…
The Georgia State game will replace the Virginia Tech on the 2020 schedule. ECU will stay play Norfolk State in 2020.

These are all updated now. Our site is cached for speed so the updates can take up to an hour to display (longer on phones sometimes).

I know this off topic but:
Are you doing helmet schedules for just FBS or will you make them for the FCS as well ?

Thanks anyway for all you do

Haven’t decided yet. There isn’t a big demand so far.