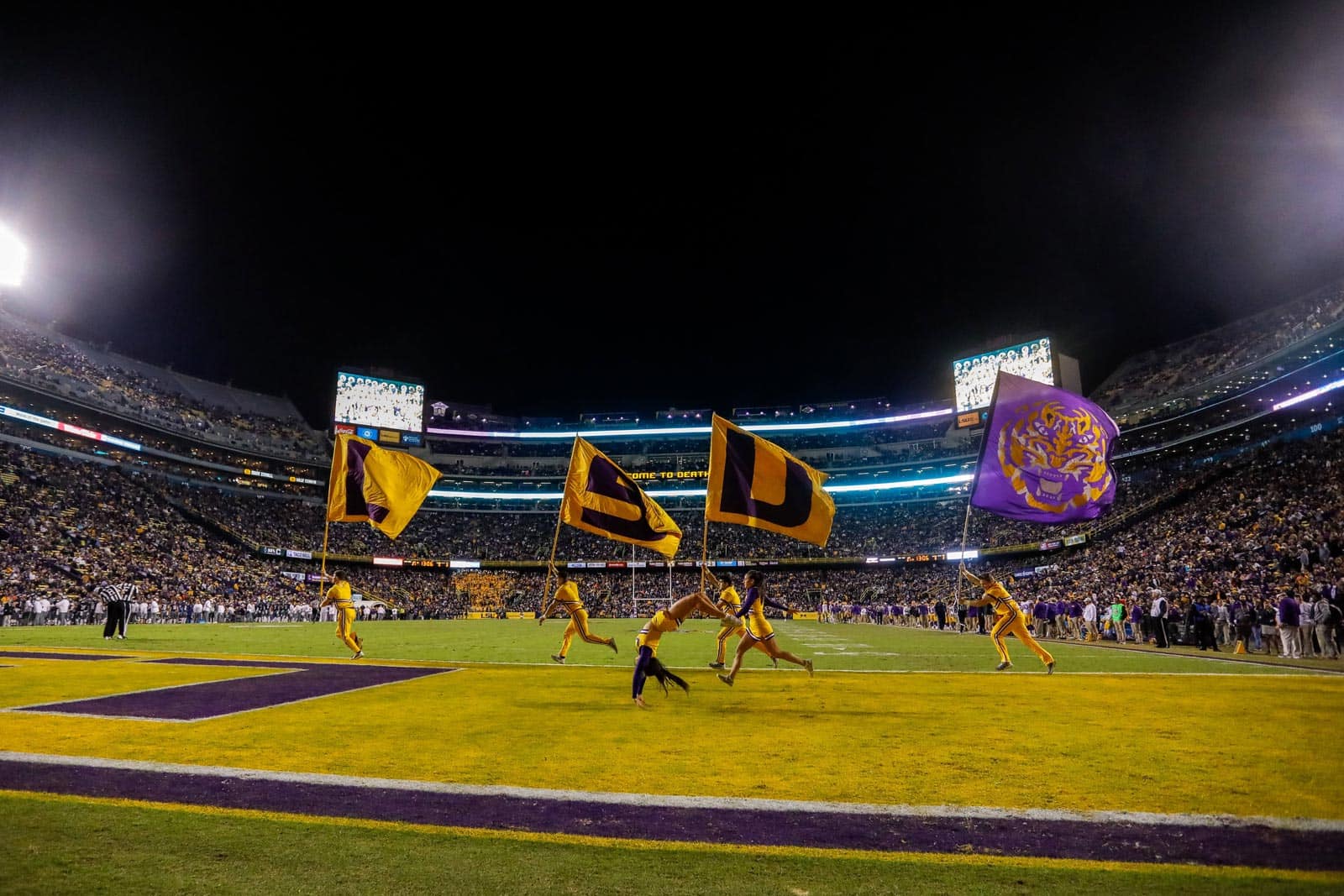 The LSU Tigers have added the Georgia State Panthers to their 2023 football schedule, FBSchedules.com has learned.

A copy of the game contract was obtained from Louisiana State University via a state public records request.

LSU will host Georgia State at Tiger Stadium in Baton Rouge, Louisiana, on November 18, 2023. LSU will pay Georgia State a $1.6 million guarantee for the game, according to the copy of the contract.

The 2023 contest between LSU and Georgia State will be the first-ever meeting between the two schools on the gridiron.

Georgia State is the second announced non-conference opponent for LSU for the 2023 season. The Tigers are also scheduled to host Army West Point on October 21, which the school officially announced last August.

LSU is also tentatively scheduled to to take on the Florida State Seminoles at Camping World Stadium on September 2, 2023, according to a report last summer by Brett McMurphy. The report stated that the two schools will also play in New Orleans to open the 2022 season, but the series has not been officially announced by either school and a public records request has yet to reveal an executed contract for the games.

In SEC play in 2023, LSU is scheduled to host Arkansas, Auburn, Florida, and Texas A&M and travel to Alabama, Mississippi State, Missouri, and Ole Miss.

LSU is the third scheduled non-conference opponent for Georgia State’s 2023 schedule. The Panthers are scheduled to open the season at home against East Carolina on Sept. 2 and also travel to play Charlotte on Sept. 16.