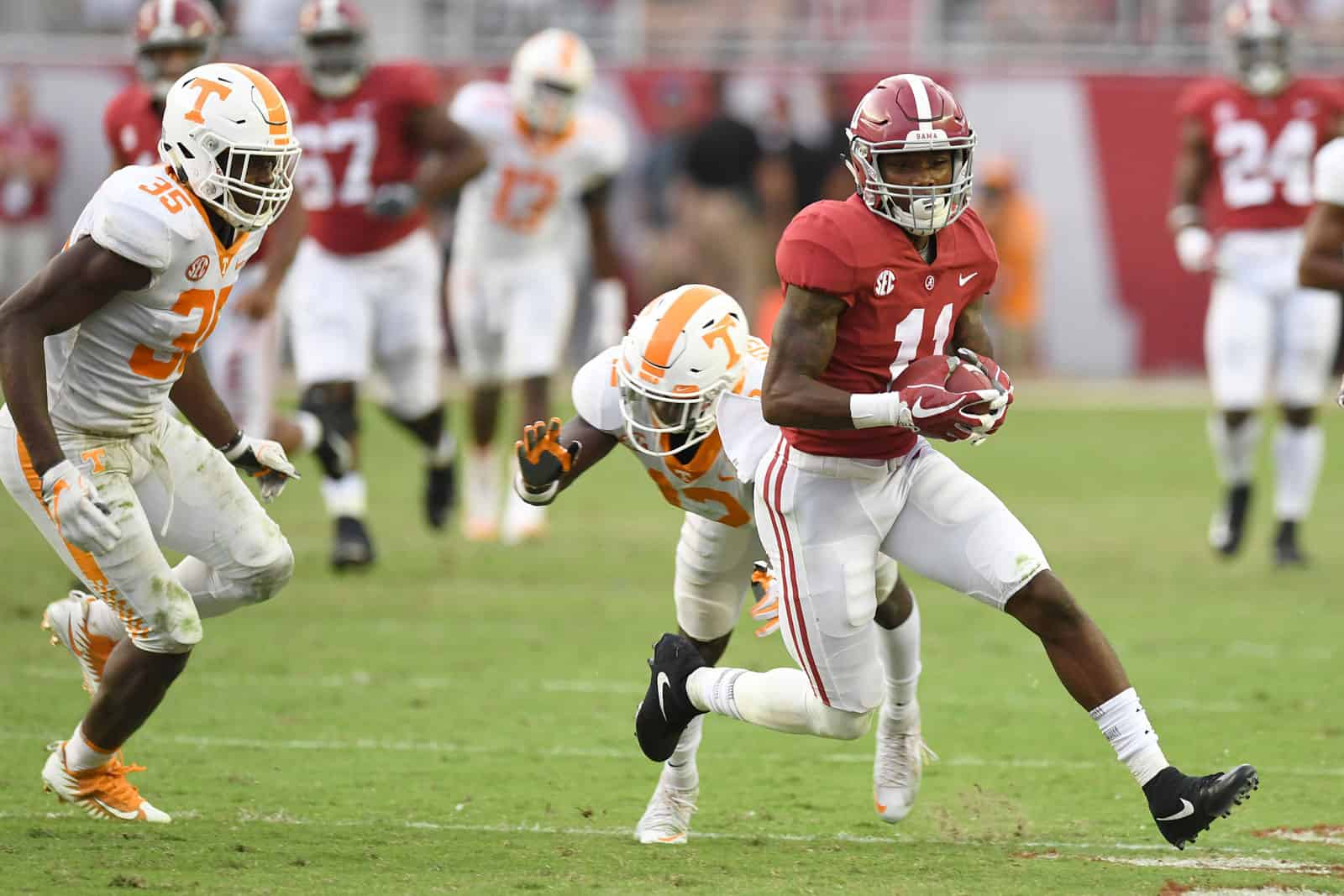 The college football schedule for Week 8 of the 2018 season features four ranked vs. ranked matchups and 55 FBS games overall.

Saturday’s action kicks off at noon ET with ten games, including Auburn at Ole Miss, (20) Cincinnati at Temple, Illinois at (23) Wisconsin, Maryland at (19) Iowa, (6) Michigan at (24) Michigan State, and (9) Oklahoma at TCU.

Featured games in the 3:30pm ET slot include (1) Alabama at Tennessee, Colorado at (15) Washington, (16) NC State at (3) Clemson, (18) Penn State at Indiana, Minnesota at Nebraska, and Wake Forest at Florida State.

Eric Taylor makes his weekly predictions for every SEC football game. Top games this week include Auburn at Ole Miss, (1) Alabama at Tennessee, and (22) Mississippi State at (5) LSU.

This is week 7 information repeated.

No, it’s not. Same format but different info each week.