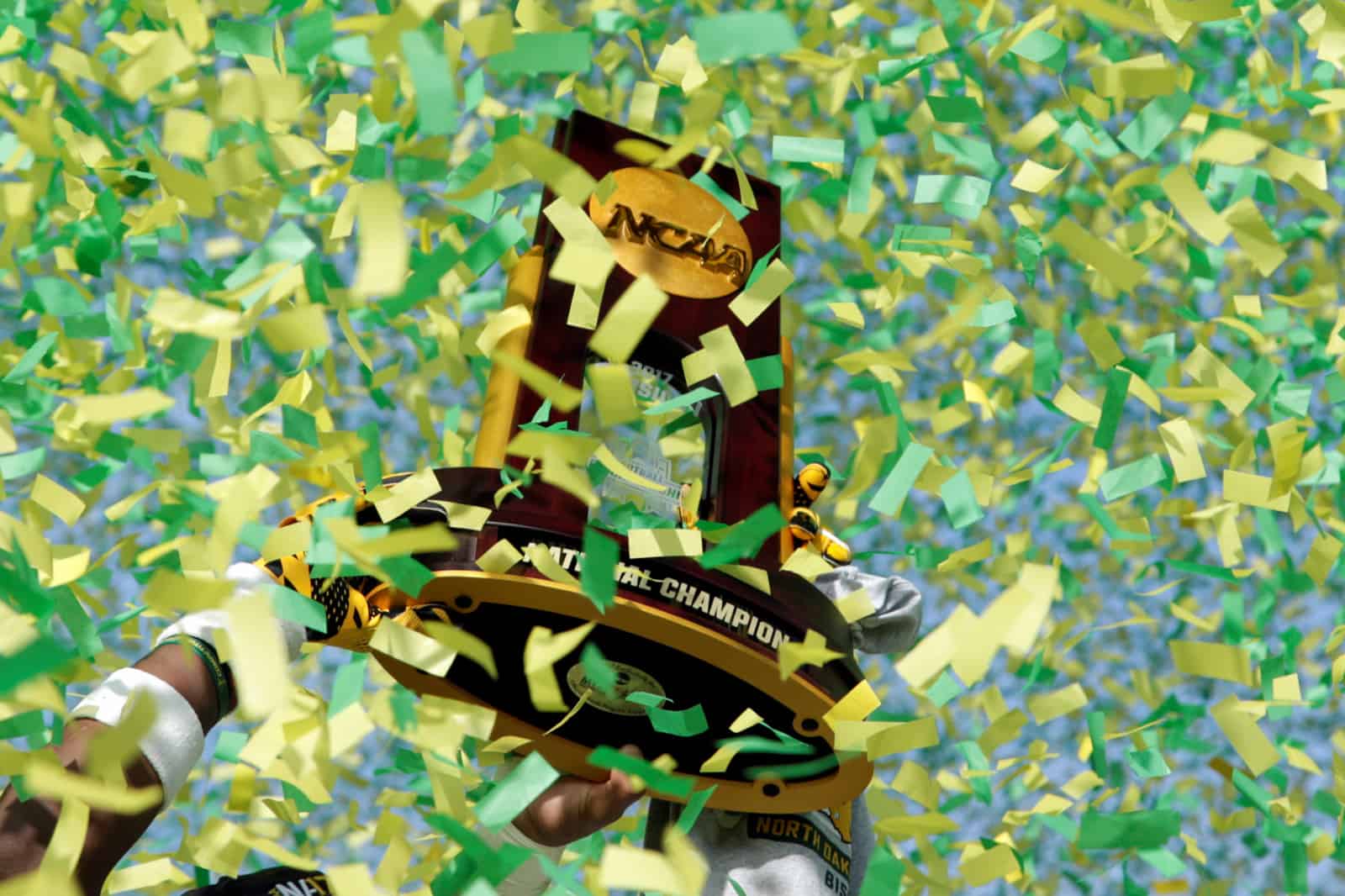 Another week of football is here, and Mother Nature has finally remembered — in most places from where you’ll read this, anyway — that it’s supposed to be football season. While you all welcome fall, I’ll curse the cold, and we’ll just agree to disagree.

Anyhow…another fun slate of six games awaits us this week, and we’re going to do the crowdsourcing thing again. We are great fans of WJOX radio and Birmingham TV personality Jim Dunaway here in the feature, and we’ve decided to pick five of the games he classified as “big” games to break down in this here space this week. (No, he didn’t choose our FCS game of the week, before you ask.)

Here is our @JOXRoundtable
TV-Kick Time Worksheet for WEEK 8 that I put together for the show.

Before we take you to those games — both written and on the podcast, which you can access by clicking the play button above the running cat, which is the first time I’ve ever said that — here are the results from the games you selected last week:

Now, don’t make me have typed something about clicking play above the running cat in vain.

That’s a lot of lumber, Jack:  This game is, as most know, contested for the Paul Bunyan Trophy. The trophy first appeared in 1951, when Michigan State joined the Big Ten. The Wolverines have won 36 of the 65 meetings between the two since that date, and have won 32 of the last 48. However, a further dig into those numbers shows the Spartans dominating the series of late, with Michigan State winning eight of the last 10 matchups. The Wolverines have won just once in East Lansing since 2007.

Ground-dwelling creatures:  Michigan State’s sports information department points out a crazy statistic. Since 1970, the team rushing for more yards in this game is 43-5. This could bode poorly for the Spartans, as Michigan State is 13th of 14 Big Ten squads in rushing at 123 yards per game. Michigan averages 94 more yards per game on the ground, good for fifth in the circuit. Michigan has rushed for fewer than 171 yards once this year, tallying 58 in the season-opening faceplant against Notre Dame. Michigan State, conversely, has rushed for 171 yards…zero times this season. The Spartans’ season-high came against Utah State in the lid-lifter, in which they ran 42 times for 165 yards.

Now that you mention it:  As ineffective as Michigan State may be at running the ball, they are oppositely adept at stopping the run. The Spartans have allowed just 374 rushing yards this season (just over 62 per game), topping the FBS. Sparty is 19 yards per game better than the next rushing defense in the conference, and 12 yards better than the next nationally-ranked rush defense.  This number is even crazier when you consider that 205 of those 374 yards came at the hands of one opponent, with Penn State putting up that number in a losing effort last week. Aside from that matchup, Central Michigan has the highest rushing total against Michigan State this season, rushing for 63 yards. Only five Spartan opponents have cracked the century mark on the ground in the last 20 games.

Print that, tweet that, whatever:  Michigan seems to be hitting its stride behind Shea Patterson. A win at East Lansing would only further his still-young legend.

Hitching the wagons:  Oklahoma takes to Fort Worth Saturday an 18-game road winning streak, while TCU boasts a victorious string at Amon G. Carter of…zero. The Horned Frogs had an eight-game string snapped just last week, dropping a 17-14 decision to Texas Tech. TCU last defeated Oklahoma in Fort Worth in 2014, taking home a 37-33 win. The Horned Frogs have beaten the Sooners twice in seven games where Oklahoma was ranked and TCU was not — however, considering those games were in 1945 and 1996, they matter little here.

Bouncing back:  The Sooners had a bye last week following their loss to Texas in the Red River Shootout (not calling it Rivalry…nope), and the Oklahoma sports information department demonstrates just how resilient the school’s program has been following the few losses it has endured of late. Oklahoma has not lost back-to-back games in 19 years, when Notre Dame and Texas clipped them on two straight weeks in 1999. You’ll recall that 1999 featured a newbie named Bob Stoops guiding the Sooners. He turned out okay.

Making a pass:  If one place immediately stands out where TCU has an opportunity, it is in the passing game. Oklahoma’s pass defense ranks 104th in the nation in opposing passer percentage, allowing quarterback foes to connect at a 63.1 percent clip (by comparison, TCU’s 53.8 percent ranks 25th). The question then becomes whether or not the Horned Frogs can capitalize on that opportunity. TCU’s 59.5 percent completion rate is third-worst among Big 12 schools, and the 238.2 passing yards it amasses per game are roughly middle-of-the-pack among FBS teams. TCU also needs to limit those completions to receivers wearing black and purple, as seven of the nine interceptions it has thrown this season came in its three losses (two against Ohio State, three against Texas, two against Texas Tech).

Print that, tweet that, whatever:  TCU’s in for a significant defensive challenge, and probably will have to throw more than it wants to hang around. Can the Horned Frogs prevail in a shootout?

Feels like the first time:  Gameday is making its maiden voyage to the Palouse for this big Pac-12 tilt Saturday. This leaves just 11 P5 schools without a trip from the four-letter’s Saturday morning extravaganza. The only time the Cougars have ever been in a game on a Gameday site happened 16 years ago, when Ohio State beat Wazzu, 25-7.

This does not mean Washington State has not been making regular appearances on the program, however.

Dating back to the middle of the 2003 season, ESPN’s College GameDay has had the WSU flag appear throughout the show. The first appearance came Oct. 4, 2003 in Austin, Texas and the streak began two weeks later in Madison, Wisc. (10/18/03). The streak reached 216 after the appearance at last week’s Wisconsin-Michigan game in Ann Arbor. Two flags – Ol’ Crimson and Gray – have been flown in the background of the GameDay set by dozens of friends and alumni. The Gray flag was added in 2014 after Whitey was retired in honor of Steve Gleason’s “No White Flags.” In addition to the flags that fly, there is a traveling flag signed by the holders after each episode. The traveling flag is retired after each season, the first is hanging in WSU’s Alumni Center.

Piling up the points:  If there’s a major offensive statistic to be had, chances are Oregon and Washington State are 1-2 in that statistic among Pac-12 teams. The Cougars pace the Ducks by just under three yards per game in total offense, while Oregon has a scoring advantage per game of just over one point (43.0-41.8). Wazzu enjoys a significant advantage over Oregon — and everyone else — in passing offense among league teams, with Mike Leach’s passing game compiling a crazy 413.7 yards per game. Oregon is second, but only throws for 273.3 yards per tilt.

You better run:  Oregon’s rush defense ranks second among Pac-12 teams, allowing just over 122 yards per game. That is not likely to make much of a difference, as Washington State’s 71.83 rushing yards per game ranks third-worst among FBS clubs. The Cougars have a good touchdown-to-carry ratio (12 touchdowns in 126 carries), but their 3.42 yards per carry average does little to strike fear in the Ducks. Washington State also pulled off a seemingly impossible feat against Utah two games ago, striking down the Utes despite rushing 13 times for — wait for it — zero yards. Somehow, Washington State still ranks 26th nationally in times of possession at 32:08 per game.

Print that, tweet that, whatever:  Minshew. Herbert. This one almost has to come down to the final possession, doesn’t it? One stop could win the game.

We’ll have a bye week on the feature next week, so we’ll see you back here in two weeks! Until then, enjoy your football weekend(s), everyone!