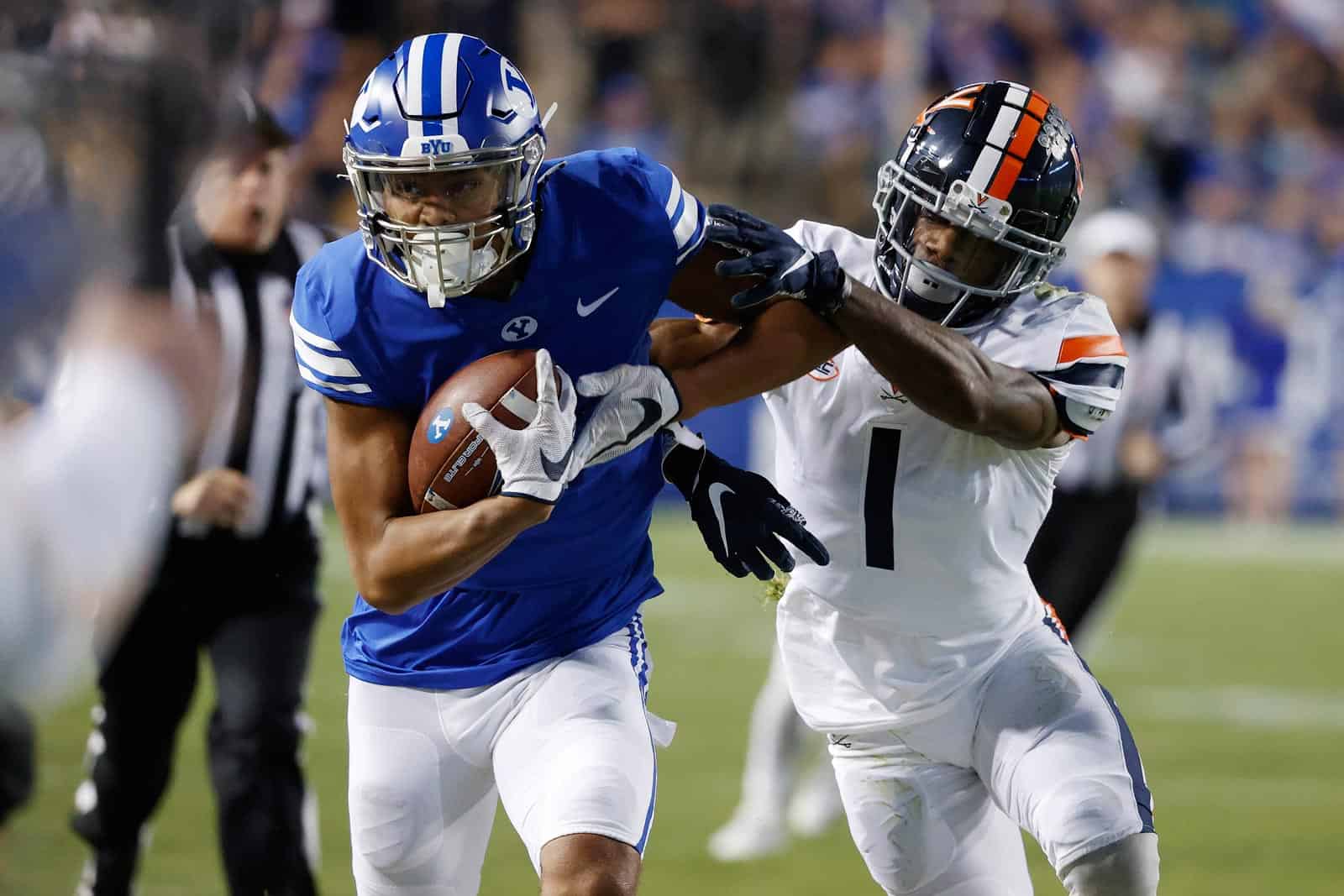 The Virginia Cavaliers have canceled future football series with the BYU Cougars and the Liberty Flames, FBSchedules.com has learned.

Virginia and BYU originally agreed to a home-and-home football series back in 2013 that was to be played during the 2019 and 2020 seasons. After a few contract amendments and the addition of one game, the games were scheduled for 2021 and 2025 in Provo, Utah, and 2023 in Charlottesville, Va.

The Cougars defeated the Cavaliers in the 2021 contest, 66-49, which was played at LaVell Edwards Stadium in Provo.

According to a copy of the mutual cancellation of football agreement obtained from the University of Virginia, the two schools have agreed to cancel the contests in 2023 and 2025 with no financial liability, guaranteed payment, liquidated damages, or rescheduling of the games required of either party. The agreement was executed on Nov. 11, 2021.

Virginia was also scheduled to play a four-game, home-and-home series with the Liberty Flames with games in Charlottesville in 2023 and 2030 and in Lynchburg, Va., in 2027 and 2029.

That four-game series has also been mutually canceled, per a copy of the mutual cancellation of football agreement obtained from the University of Virginia. The cancellation, which was executed on Dec. 6, 2021 requires no further obligations from either party.

BYU and Liberty are both currently Football Bowl Subdivision (FBS) Independents. During the latest wave of conference realignment this past fall, BYU was accepted into the Big 12 Conference while Liberty is headed to Conference USA.

As a result of those moves, both BYU and Liberty have begun the process to trim down their future Independent football schedules, some of which had 12 games on the slate. Beginning in 2023, BYU will need only three non-conference games per season while Liberty will play four.

Do you have your information about the new look Big12 playing Nine conference Games for certain?

I didn’t know that the new look B12 wasn’t going to discuss with each other whether the Schools would play 8 Conference Games + a Championship or a 9 Conference Slate + Championship.

With the new look B12 being spread out among many Regions & with solid, interesting regional Rivalries already existing for nonconference scheduling in the 8 Game Conference Format is the 9 B12 Format already signed, sealed & delivered between the 12 Schools?

If it’s 9; I’m disappointed. IMO, playing only 3 nonconference Games makes the new look B12 much less spicy, interesting & creates less followers, sponsorship, fans, competitive relevance VS the other 4 Autonomous Conferences, especially the SE & AC Conferences which the new look B12 is in the Footprints of.

I have no info, that’s just based off of the current format.

Just an idea schools are relatively close to each other especially in the west.

I believe Bowlsby said they probably wouldn’t have divisions.