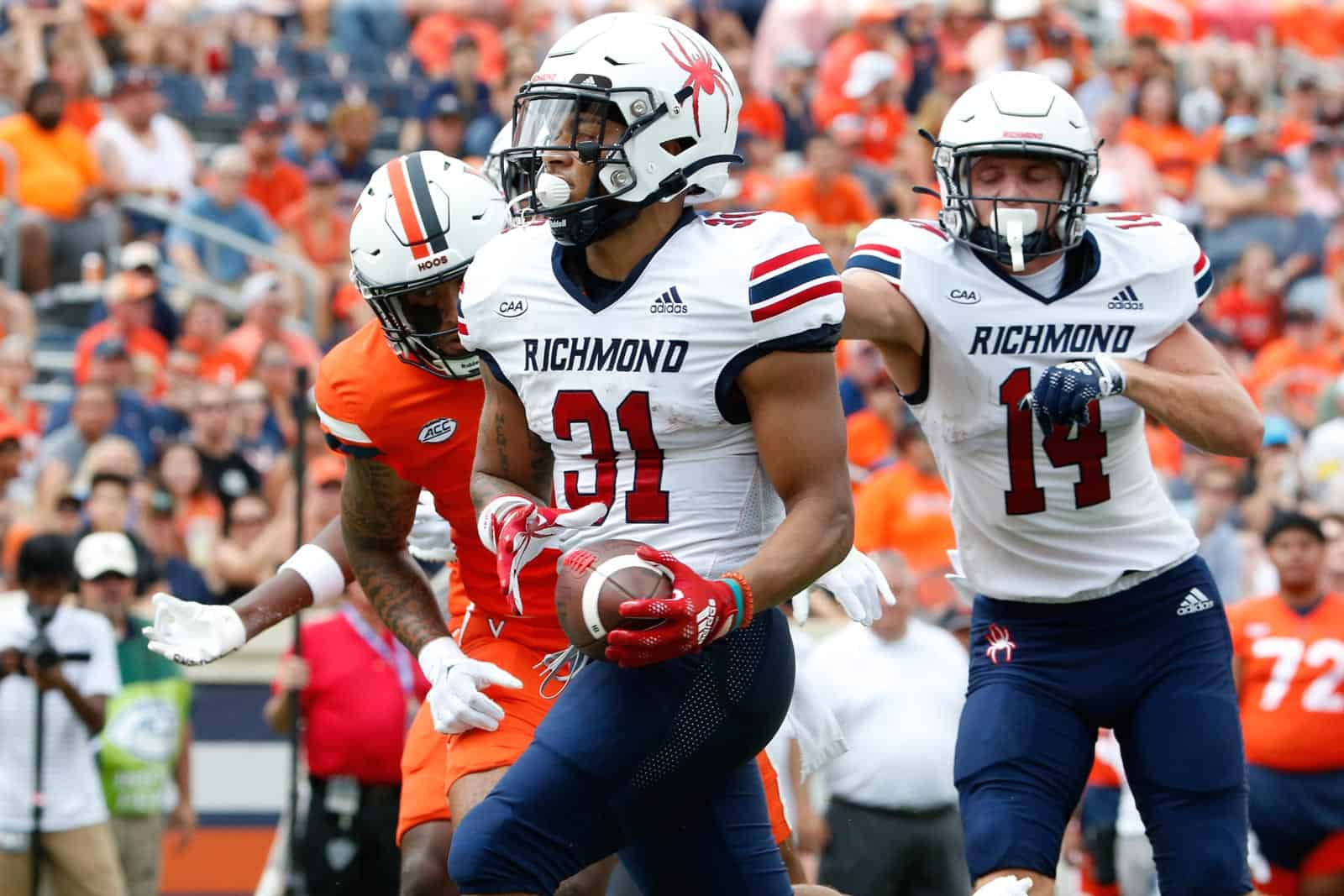 The Richmond Spiders have added five ACC teams to their future football schedules, according to an official announcement from the school.

Games against NC State in 2026 and Virginia in 2028 were both previously reported.

The addition of those five contests gives Richmond a total of seven future contests against opponents from the Football Bowl Subdivision (FBS). Richmond is scheduled to play at the Michigan State Spartans on Sept. 9, 2023 and at Virginia on Aug. 31, 2024, both of which were previously announced.

The Spiders also opened their 2022 season on the road against Virginia. The Cavaliers won that contest, 34-17, which was the 45th overall meeting between the two schools on the gridiron.

Last September, Richmond announced their finalized non-conference schedule for the 2023 and 2024 seasons. The Spiders will open the 2023 season at home against the Morgan State Bears on Sept. 2 and, after traveling to face Michigan State on Sept. 9, will host the Delaware State Hornets on Sept. 16.

Richmond’s 2024 slate, which begins at Virginia on Aug. 31, also includes back-to-back home tilts against the Wofford Terriers on Sept. 7 and the Charleston Southern Buccaneers on Sept. 14. The Spiders’ 2024 non-conference schedule concludes on the road against Delaware State on Sept. 21.