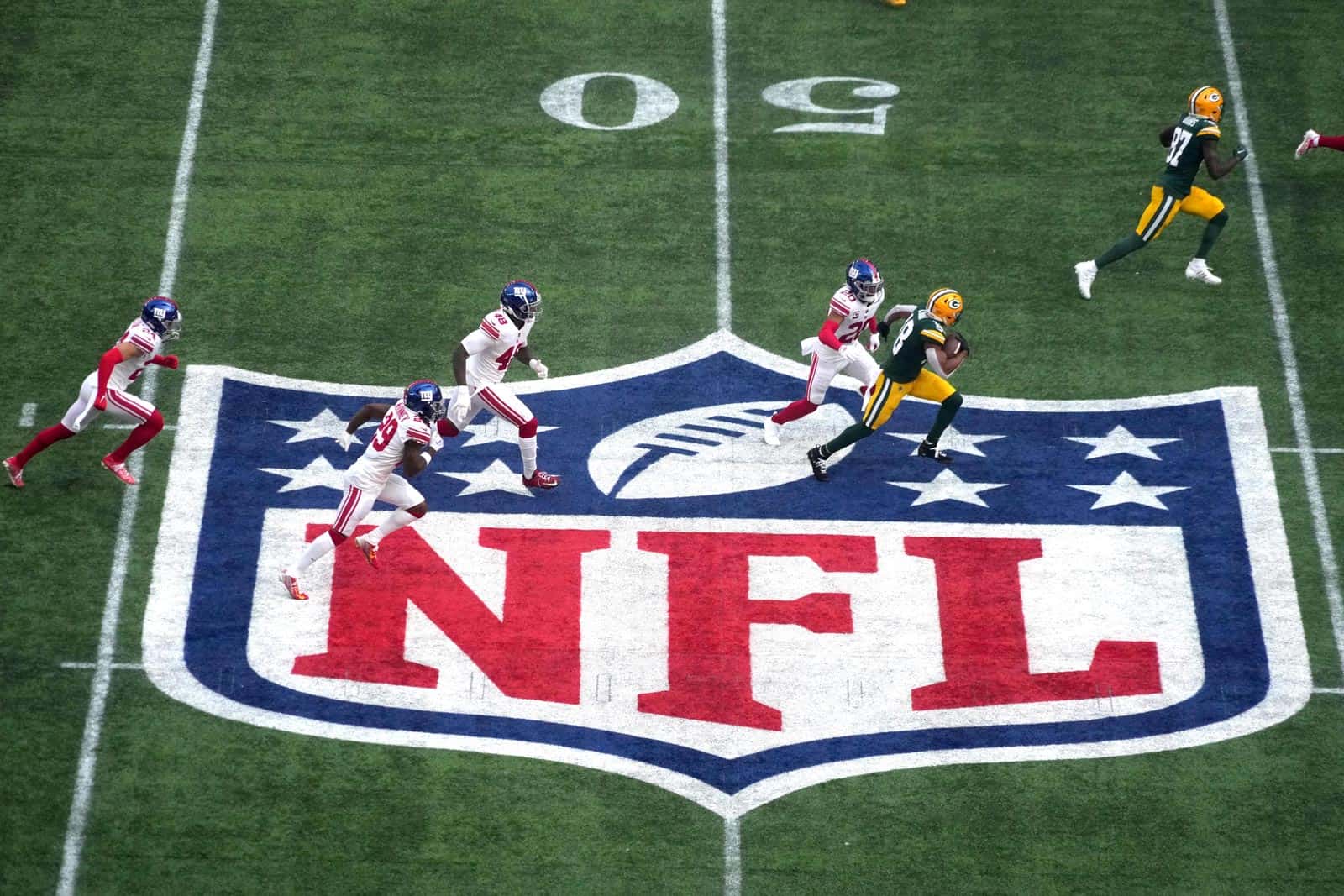 The NFL has announced the finalized Week 18 schedule for the 2022 season, which includes two Saturday contests.

15 of the 16 games for the final week of the regular-season were previously announced by the NFL on Monday. The lone exception was the Baltimore Ravens at Cincinnati Bengals game, which was announced as either a 1:00pm ET or 4:25pm ET kickoff.

The Ravens-Bengals game is now finalized and will kickoff at 1:00pm ET with television coverage on CBS.

Week 18 will feature a Saturday Doubleheader beginning at 4:30pm ET with the Kansas City Chiefs visiting the Las Vegas Raiders. That will be followed by the Jacksonville Jaguars hosting the Tennessee Titans at 8:15pm ET.

Both Week 18 Saturday games will be broadcast nationally on ESPN with a simulcast on ABC and streaming coverage on ESPN+.

The Sunday Night Football Game in Week 18 will feature the Green Bay Packers hosting the Detroit Lions at 8:20pm ET on NBC.

The NFL has yet to announce a decision on the Week 17 Bills-Bengals contest that was postponed after Bills safety Damar Hamlin suffered a cardiac arrest following a play on Monday night. CPR was administered to Hamlin on the field before he was transported to University of Cincinnati Medical Center where he remains listed in critical condition.

Below is the complete schedule for Week 18 of the 2022 NFL season. See our weekly NFL schedule for the entire season slate.