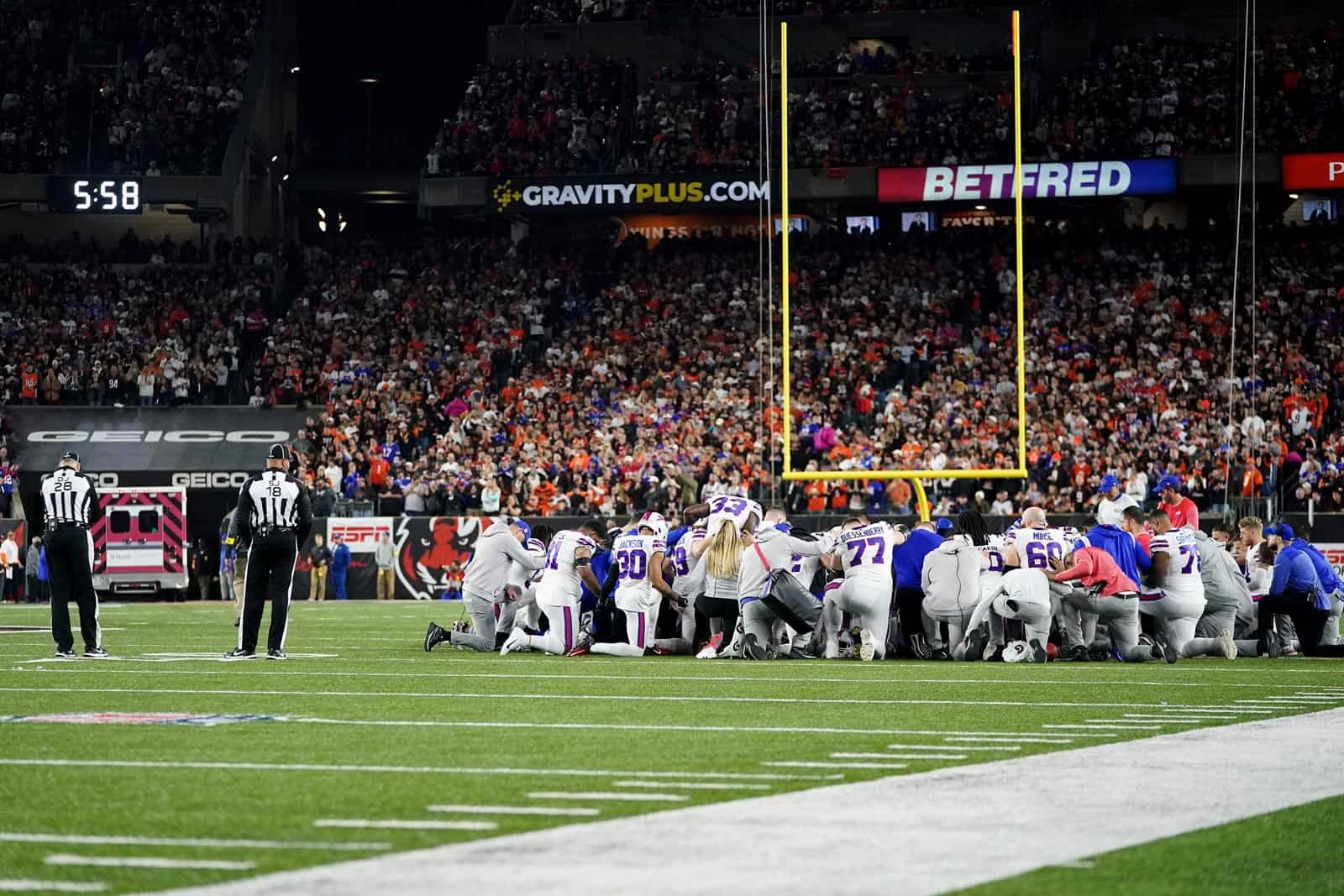 The Buffalo Bills at Cincinnati Bengals game will not be resumed this week, the NFL announced on Tuesday.

The Bills-Bengals game was postponed after Bills safety Damar Hamlin suffered a cardiac arrest during the team’s game on Monday night. CPR was administered to Hamlin on the field before he was transported to University of Cincinnati Medical Center where he is sedated and listed in critical condition.

The league has also not made any changes to this weekend’s schedule, which is Week 18 and the final week of the regular-season. Below is the full text of the release:

The NFL continues to be in regular contact with the medical team caring for Damar Hamlin, and also the Bills and Bengals organizations and the NFL Players Association.

After speaking with both teams and NFLPA leadership,NFL Commissioner Roger Goodell informed the clubs today that the Bills-Bengals game will not be resumed this week.

The NFL has made no decision regarding the possible resumption of the game at a later date.

The league has not made any changes to the Week 18 regular season schedule.

We will continue to provide additional information as it becomes available.

A statement from the family of #Bills S Damar Hamlin, via @jordonr: pic.twitter.com/VolSLMraUN

Below is the complete schedule for Week 18 of the 2022 NFL season as it stands right now. See our weekly NFL schedule for the entire season slate.

Update (Jan. 4, 2023): The NFL has announced the finalized schedule for Week 18 and placed the Baltimore-Cincinnati game at 1:00pm ET.