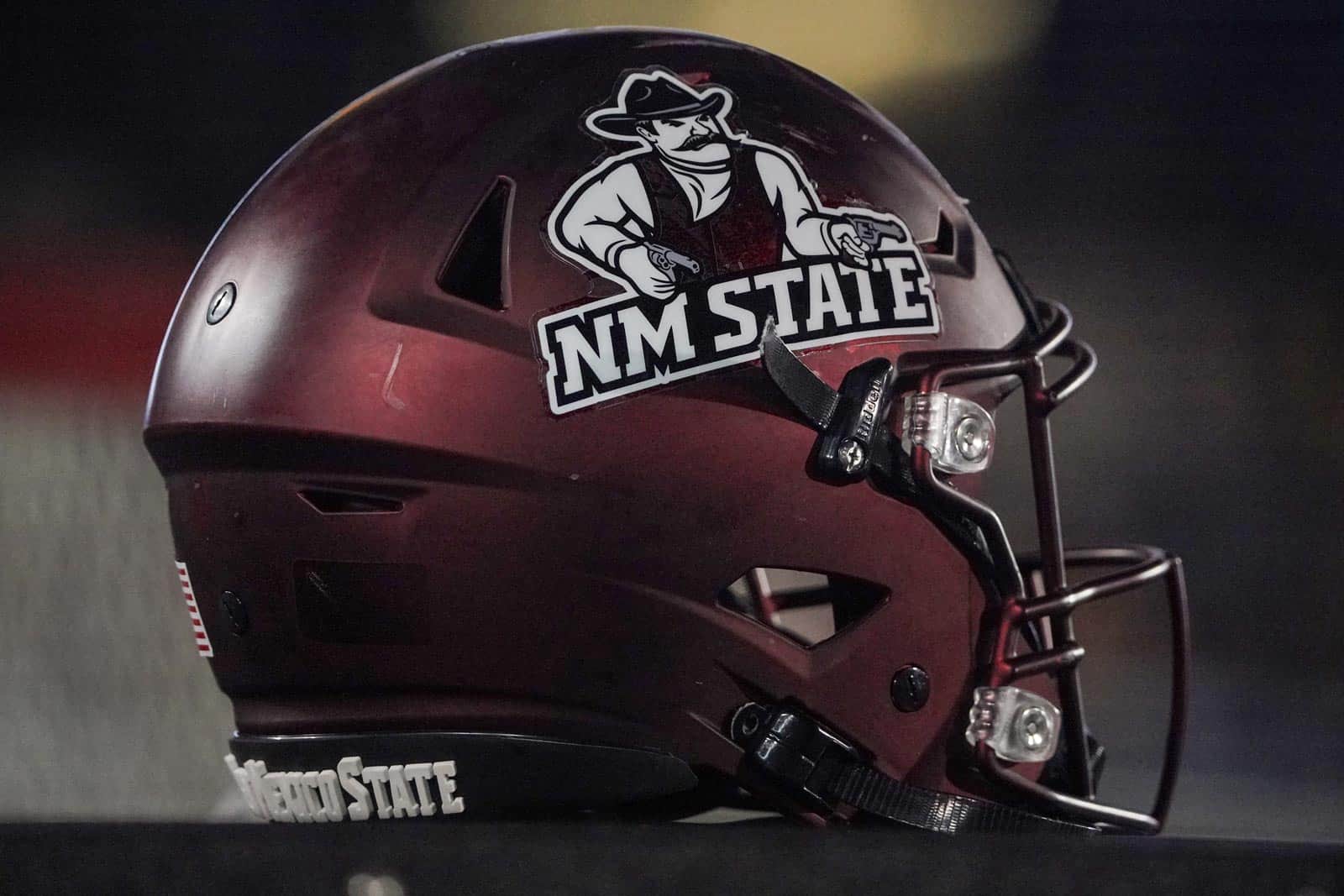 The New Mexico State Aggies have filed for a waiver with the NCAA to allow them to play in a postseason bowl game this season, according to a report by Brett McMurphy of The Action Network.

New Mexico State upset the Liberty Flames on the road on Saturday, 49-14, to finish the regular-season at 5-6, just one victory short of bowl eligibility.

The Aggies played one less game than the NCAA maximum of 12, however, after their October 22nd contest at home against the San Jose State Spartans was canceled. The NM State-San Jose State game was canceled after San Jose State freshman running back Camdan McWright tragically lost his life in an accident the day before the game.

According to McMurphy’s report, New Mexico State reached out to both Nevada and Wyoming about playing a game on November 5 since both schools were open that day and were eligible to play a 13th game due to the Hawaii Exemption. Neither school was interested in playing.

New Mexico State also reached out to Virginia Tech since their game against Virginia was canceled following a shooting that left three Virginia football players dead and two others injured. Additionally, the Aggies contacted James Madison, which is ineligible for postseason play because they are in their first year after transitioning to the Football Bowl Subdivision (FBS). Both schools also declined to play, per the report.

Although New Mexico State has already played a Football Championship Subdivision (FCS) opponent this season, the Aggies are also trying to schedule a game against the Valparaiso Beacons. The game will not count towards bowl eligibility, but would allow the Aggies to play a sixth home game and have a Senior Day.

Since Valparaiso has already played it’s full allotment of 11 games this season, the NCAA will have to approve a waiver in order for the game to take place.

Because of a lack of nominally eligible teams, NMSU could still go to a bowl if they play and beat Valpo.

If Buffalo wins, the amount of nominally eligible teams will cap at 80 and there are 82 slots. Appalachian State and (if they beat Navy) Army could also go to a bowl at 6-6 with two FCS wins, with NMSU given priority because they last went to a bowl in 2017 and the other two played in one last year.

NM State wanting to play Valpo has nothing to do with bowl eligibility. The win wouldn’t count since they already recorded a win over an FCS team earlier this season (Lamar on Nov. 12). Only one win against an FCS opponent counts per season.

In 2016, only 76 teams qualified for a bowl by winning at least 6 games with at least 5 of those wins being against FBS teams.

This required 4 teams to be invited who weren’t otherwise eligible.

By NCAA rules, teams that went 6-6 with two wins against FCS opponents were first in line to fill in open slots. South Alabama was the only such team in 2016. They beat both Nicholls and Presbyterian (a team which has since transitioned to non-scholarship football in the PFL, making scheduling them too risky), The game with the latter team was not originally on the schedule, On the day of the PC-USA game, originally PC was planning to play at Florida and USA at LSU. But those games were canceled to make up a postponed game between the two from earlier in the season.

For the record, next in line are teams that played a 13-game schedule without appearing in a conference championship game and went 6-7.

This is followed by teams in the second year in transition from FCS to FBS that went at least 6-6 with at least 5 wins over FBS teams.

Only then after all this, and if there are still open bowl slots, can 5-7 teams in order of APR scores can be selected.

Given past precedent, Appalachian State and if they go 6-6 with two wins over FCS teams, Army and New Mexico State, could go to bowls.

I got this info from this page:

The second FCS win can no longer count under any circumstances; the rule was changed after what happened in 2016.

If my math is correct, 79 teams are bowl-eligible, meaning there are 3 more spots available.
The 5-7 teams with the best APR scores are Rice, UNLV, and Auburn.
If Buffalo beats Akron on Friday, Rice and UNLV will go bowling unless the NCAA somehow grants a waiver to NMSU, App State, or Army.
Did I get that right?

You got it right…

I’ll keep my Hopes for a Waiver being granted to NMSU Aggies for a truly exceptional Reason @ 50%.

If the NCAA was “just, & truly about Equal Opportunity” which they’re not, this Exception to NMSTU Aggies would be granted by the NCAA “special interests ( “eligibility”) committee”.

I didn’t read why San Jose State couldn’t make up the game they tragically had to cancel earlier in the year. San Jose is already bowl eligible.They could decide if NMSU is deserving of a bowl or not. Seems like the obvious solution..

As a San Jose State fan, this isn’t a good look for the school. NMSU agreed to postpone their game to allow SJSU to mourn their player and they did. But SJSU also elected to keep playing unlike Virginia which decided to end their season as both of their future foes had already clinched a bowl (CCU) or had no chance to do so (Va Tech). No one’s season was affected by the Cavs ending their season.
But New Mexico State is being hosed by SJSU in not agreeing to play the scheduled date next Saturday, as it affects their season on many levels. And given how they have recently played, NMSU had a 50-50 chance in beating SJS nose to nose. Now they lost a home game,could lose a bowl game and lose hundreds of thousands of dollars in revenue the school needs.
Going forward, I don’t think the NCAA should allow postponed games unlike a makeup date is set or the school asking for the postponement pays the other school what it normally have made for their date.

This is a bad look for SJSU…..they should honor their agreement.

and the game was pretty close last year too.
I am kind of an SJSU fan too (only kind of because I’m from San Jose, but I have no connection to the university), and while I do understand SJSU’s decision, I am a bit disappointed that they aren’t making up the game this year.

I agree with you JJ. I already miss Tuesday MAC-tion. The more football the better!

I agree with JJ and Gator Hater. Can’t get enough college football! Bring on the Bahamas Bowl! (Wish I was going.)

This is so stupid. There is one deserving FBS team who finished 8-3 and tied for first in their conference division. Because they are first-year team at this new level they joined, they’re not allowed to play in bowl. Why not? All these mediocre teams at best are vying to get into a bowl for any reason, and James Madison (8-3, 6-2) of the Sun Belt gets left out. Why can’t they get waiver for this unknown and probably stupid reason.

I think it would be fitting if the NCAA gives NMSU the waiver and the Arizona Bowl picks San Jose State and NMSU.

In a just, ideal World that Exhibition Matchup would happen.

Poetic Justice is Fantastic but hardly ever happens.