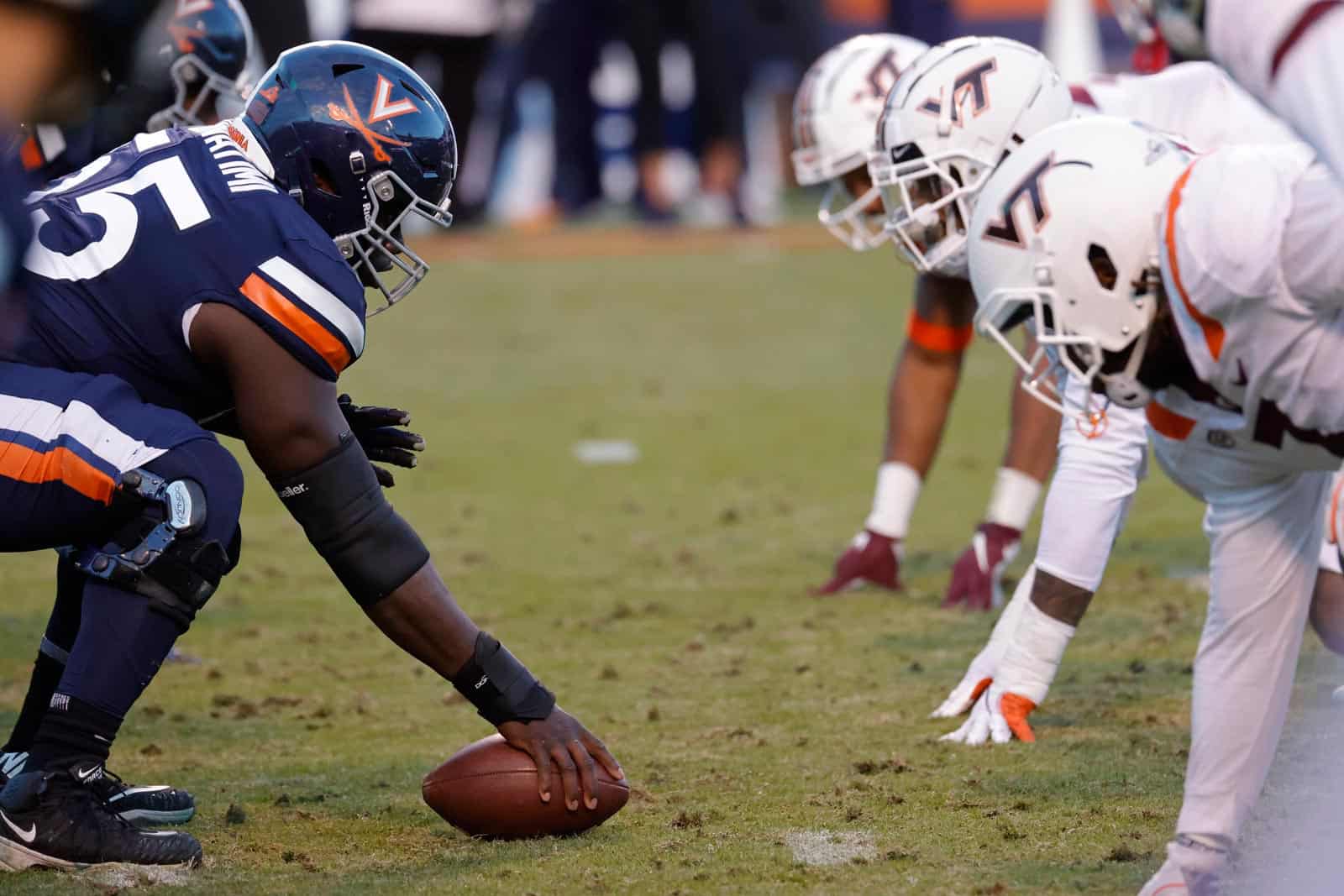 The Virginia Cavaliers at Virginia Tech Hokies football game on Saturday has been canceled, the ACC announced on Monday.

The game was canceled following a shooting that resulted in the deaths of three players and injuries to two others on Sunday, Nov. 13. Cavalier football players Devin Chandler, Lavel Davis Jr., and D’Sean Perry were killed in the shooting. Mike Hollins, a running back on the team, and a female student, were also injured.

Below is the full statement from the ACC:

The Virginia at Virginia Tech football game scheduled for Saturday, November 26, has been cancelled. The decision was made following communication between the Atlantic Coast Conference, Virginia and Virginia Tech athletic department administration.

The ACC and Virginia Tech continue to support UVA following the devastating tragedy, which resulted in the deaths of three members of the Cavalier football team – Devin Chandler, Lavel Davis Jr. and D’Sean Perry, and injuries to students Mike Hollins (also a Virginia football student-athlete) and Marlee Morgan.

Virginia also canceled their football game at home against the Coastal Carolina Chanticleers, which was scheduled for Saturday, Nov. 19, only a few days following the tragic incident.

Earlier on Monday, the Richmond Times-Dispatch reported that the annual Virginia-Virginia Tech football game, known as the Commonwealth Cup, could possibly be rescheduled for Saturday, Dec. 3. Although that was likely discussed, it did not materialize.

I've checked. That's it for the #Hokies' season. No other opponents are being sought to fill out the schedule, per a source familiar with the situation.

This user calls b.s.. This had to have been handed down by word of the State in order to help preserve the narrative and mourning period, aka, negative feelings and market disruption and The Great Consolidation/Reset, when others (most normal people) want to move on because — (real) newsflash — life doesn’t stop! They didn’t stop football in the years of the ‘Spanish Flu’ over a century ago! Would the deceased have wanted their hard work to go to waste and their teammates not be able to go to a bowl game and have fun and live their lives they still have!?

IMHO, it was because of not wanting to see potential fellow truth-and-liberty movement proponents with signs showing support for gun-ownership, whereas, artificially forcing people to not move on, keeps the debate in people’s (re: voter’s) minds, instead of realizing the truth: the ‘news’ is the UNUSUAL! MOST people aren’t evil people, the born-defective and the made-damaged (psychopaths and sociopaths, and narcissists who use both and hide behind both for power out of either fear, laziness, or both as Dr.RebeccaZung talks about in videos, such as with JeffLerner of the EntrepreneurInstitute).

People die. (sh)It happens. No disrespect intended to any potentially affected, but, IMHO, it’s to preserve the flavor-of-the-month news story, instead of letting a new one take its place (remember, the lamestream NWO/BigPharma-backed media like to harp on a given issue and beat it to death before moving on to a new topic and such issues are usually long over before they let it go, for whatever reason).

Just goes to show that the private sector does it better, lockdowns and masks are ineffective and even very hurtful on the psyche and one’s physical health and polycentric law backed up by sound money, such as anonymous cryptocurrency) is needed now for than ever before!

‘Gun/Speech/Drug-‘free’ zones’ simply do not work and depending only one one, single authority to levy credit (tokens-of-faith), arbitration, and defense (as the State is defined as having the — coercive — monopoly — all of which are artificial and not Natural — over) is too ‘fragile’ (read NassimTaleb’s ‘Antifragile’, not explicitly AnCap but still chalk full of wisdom) a system at-best, and a grift at-worst, because as the old saying goes: ‘When two parties quarrel, a third rejoices’. Think about it: Less defenses and a bigger ‘bullseye’ target for those attracted to such things to focus on! Decentralization works because Value is subjective in the eyes of the consumer, which all are, and that makes it harder for someone to wish harm upon another to thrive, even survive! The free market fixes itself! The sociopath wouldn’t be made, as much at least, because they’re not being screwed over from a lack of competition and because of regulatory capture keeping people down, then, the narcissist is exposed because they can’t hide behind and/or use the aforementioned two and there’s less peace disturbed in the world!

This all arises because of the belief in ‘communal property’. There are no ‘towns’. Only private property and private cities (such as the flying private city-ship that disappears off the coast of Ireland and New Zealand, IMHO, known as ‘Hy Brasil’). As Plato — apparently — DIDN’T know, a tyranny (where people give up self-ownership to one person) folds into an oligarchy (where people give up self-ownership to a handful of people) which, in-turn, falls to a democracy (where people think they have self-ownership over EVERYONE), there IS a ‘fourth way’ (no, not Crackpot-Dugin’s ‘NAZBOL’ grift), and that way is anarchy (etymologically ‘without rulerS’ and ‘peace’, from Greek and Sumerian, respectively)! Private property is ‘pre-political’ to the effect, as AnthonyDeJasay noted circa 1997, the State debunks itself, because it wasn’t always around and, therefore, isn’t needed to be the sole arbiter of contracts and denoter of private property and provider of defense, because two people had to have come into agreement WITHOUT the State to even form it. Everyone who signed the Constertution of No Authority is long gone. ‘Living, breathing, document’ muh butt…..Thomas Jefferson and co. sure didn’t envision the FBI and CIA and DHS and EPA, etc, being the enemy of the amalgamation that is the ‘human’ race at the behest of ancient aliens who failed to centrally-plan the world thousands of years ago and got spanked for it!