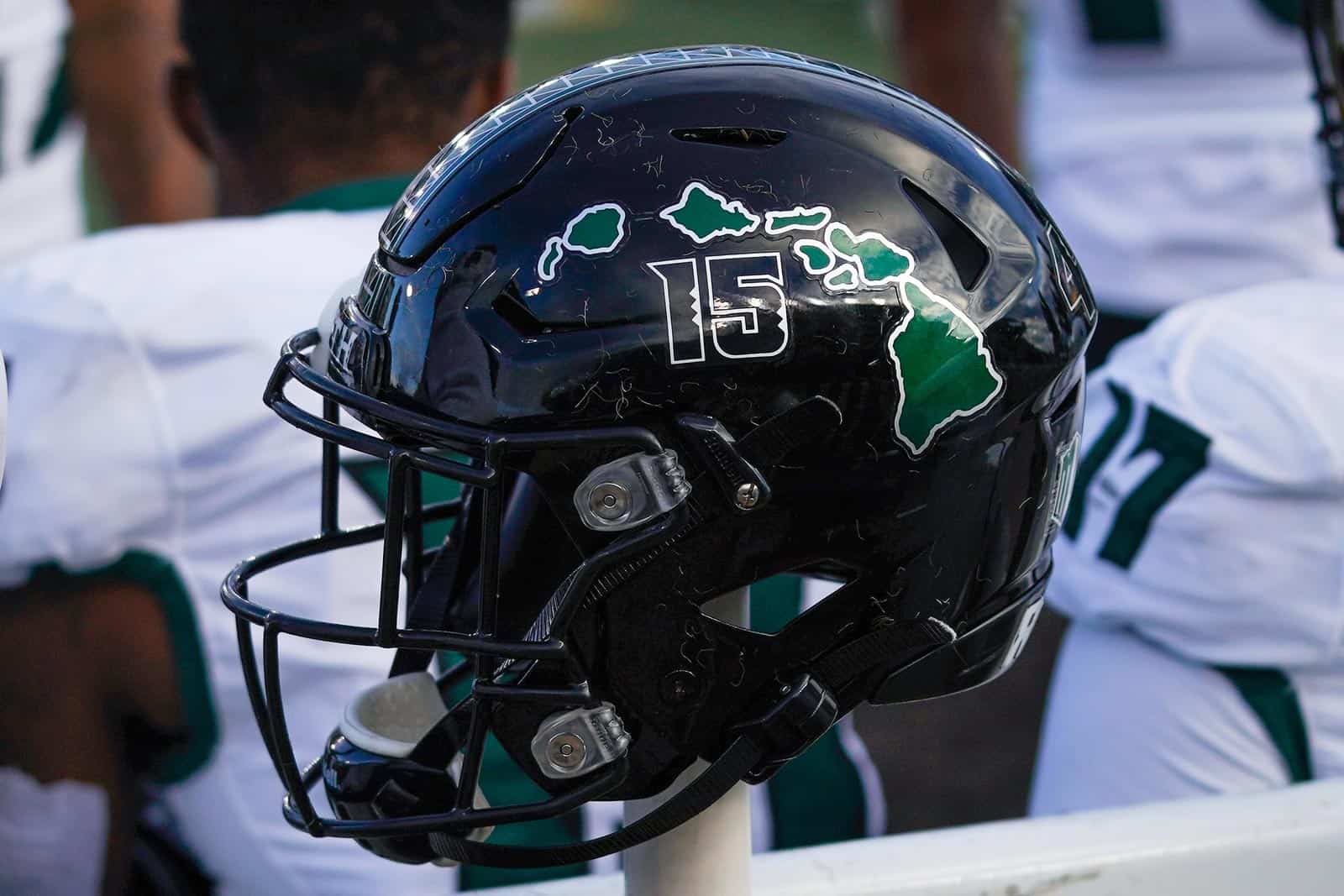 The 2022 college football schedule kicks off with Week Zero action on Saturday, Aug. 27. A total of 14 games are on the slate, which is up from seven games last season.

Week Zero is the unofficial name for the weekend of college football games that are played on the Saturday prior to Labor Day weekend.

Under NCAA Bylaw 17.11.4, Football Bowl Subdivision (FBS) and Football Championship Subdivision (FCS) teams cannot play their first contest until the Thursday preceding Labor Day, which is September 1 this season. Beginning in 2016, an exception to this rule was added (Bylaw 17.11.4.1) that allows Hawaii and teams that play in Hawaii, plus their opponents, the option to play one week earlier on the Saturday before Labor Day weekend.

This season, the Hawaii Rainbow Warriors host the Vanderbilt Commodores in Week Zero at the Clarence T. Ching Complex in Honolulu, Hawaii. The game is set for 10:30pm ET and it will be televised by CBS Sports Network (CBSSN).

A second exception, Bylaw 17.11.4.2, also provides FCS schools the opportunity to play in Week Zero. In order for FCS schools to qualify, they must play a non-conference matchup that is nationally televised (broadcast or cable; not Internet only).

The Florida A&M-North Carolina matchup was originally scheduled for Sept. 17, but was moved to Week Zero “…in order to shine a spotlight on the proud history of HBCU schools and their football accomplishments.”

Several other matchups that are scheduled for Week Zero did not meet the qualifications, but the schools applied for and received an exemption from the NCAA. One matchup, the Aer Lingus College Football Classic featuring Nebraska vs. Northwestern, will be played at Aviva Stadium in Dublin, Ireland and will be televised by FOX at 12:30pm ET.

Other matchups include Morehead State at Mercer, Charlotte at Florida Atlantic, and North Texas at UTEP. The two Conference USA games were granted an exception due to the conference having to revise their 2022 schedule after losing three members to the Sun Belt Conference.

Another NCAA rule, commonly known as the Hawaii Exemption, allows Hawaii and teams that play in Hawaii the opportunity to schedule a 13th regular-season game. This helps those schools earn an extra guarantee payment, ticket revenue, etc., to offset the larger cost of traveling between the continental United States and the islands of Hawaii.

FBS teams can play a maximum of 12 regular-season games each year, per Bylaw 17.11.6.1. However, Bylaw 17.11.6.2 (g) permits any football games played in Alaska, Hawaii, and Puerto Rico to not count against the maximum number of contests.

For the 2022 college football season, only Hawaii and WKU will take advantage of the Hawaii Exemption. Below are the details:

The Hawaii Rainbow Warriors will play a 13-game regular-season schedule for the second consecutive season. Hawaii will play non-conference games at home against Vanderbilt, WKU, and Duquesne and will travel to face Michigan and New Mexico State.

For the first time in their history, the WKU Hilltoppers will play 13 games during the regular-season. WKU opens the season at home against Austin Peay before traveling to face Hawaii. Other non-conference opponents include Troy at home and Indiana and Auburn on the road.

In Conference USA action, the Hilltoppers will host FIU, UAB, North Texas, and Rice and will play at UTSA, Middle Tennessee, Charlotte, and Florida Atlantic.

2022 college football tickets are available from our partner StubHub (we may receive a small commission for any purchases which helps support the site).

Great Article on the Hawai’i Exemption!

I now know what I need to about Week Zero & about MW Teams who play Uni. Hawai’i-Manoa Rainbow Warriors regularly.

I wish the Hawai’i exemption would be expanded to include any state that does not have an FBS level college. That might encourage a G5 school actually to travel and play an FCS school, and give FCS schools something considering where things are headed with the P2.
.
The states in question would include Maine, New Hampshire, Vermont, Rhode Island, Delaware, North Dakota, South Dakota, and Montana.

That would definitely increase the chances of a 1-AA fChampionshipS School with a large Stadium attracting a 1-A fbs School.
Dan-ke for the FYI about Okinas. I now know their Name. I like using them. Because Hawai’i an Language has been submerged by 48 other English speaking States doesn’t mean I choose to only write Latin Alfabet Symbols.

PS, an FYI: The University is Hawai’i. The state is acceptably Hawaii with no ‘okina.

I can’t believe that Hawaii is hosting Handy-Dandy Vandy in week 0 because Vanderbilt is the worst team in the FBS 2nd to UConn and the Commodores have to travel a long way for a road game.

Vandy will take the win and the trip to Hawai’i though gladly!

No, it’s the comparison to the other 13 SEC Teams wins over VAnderbilt U. which make the Commodores appear worst.
Compare how VAnderbilt looks to how U. Illinois Illini & U. Indiana Hoosiers LOOK Vs the other 12 Teams in the B1G 10.

There are many 1-A Programs with No Momentum & minimal Funding, zero national Presence. The vast Majority of examples are in the Dependent Five Conferences. Looking at records in the last Decade a few Franchises tumbling along like Tumbleweeds are: The Huskies, The Blue Raiders, The Minutemen, The Warhawks, The Falcons, The Aggies, The Lobos, The Rebels, The Jaguars, The Eagles, The Eagles, The Bulls, The Miners, The Owls, The Panthers.

In My Opinion, the average casual Fan has no Idea that these college Franchises even exist.