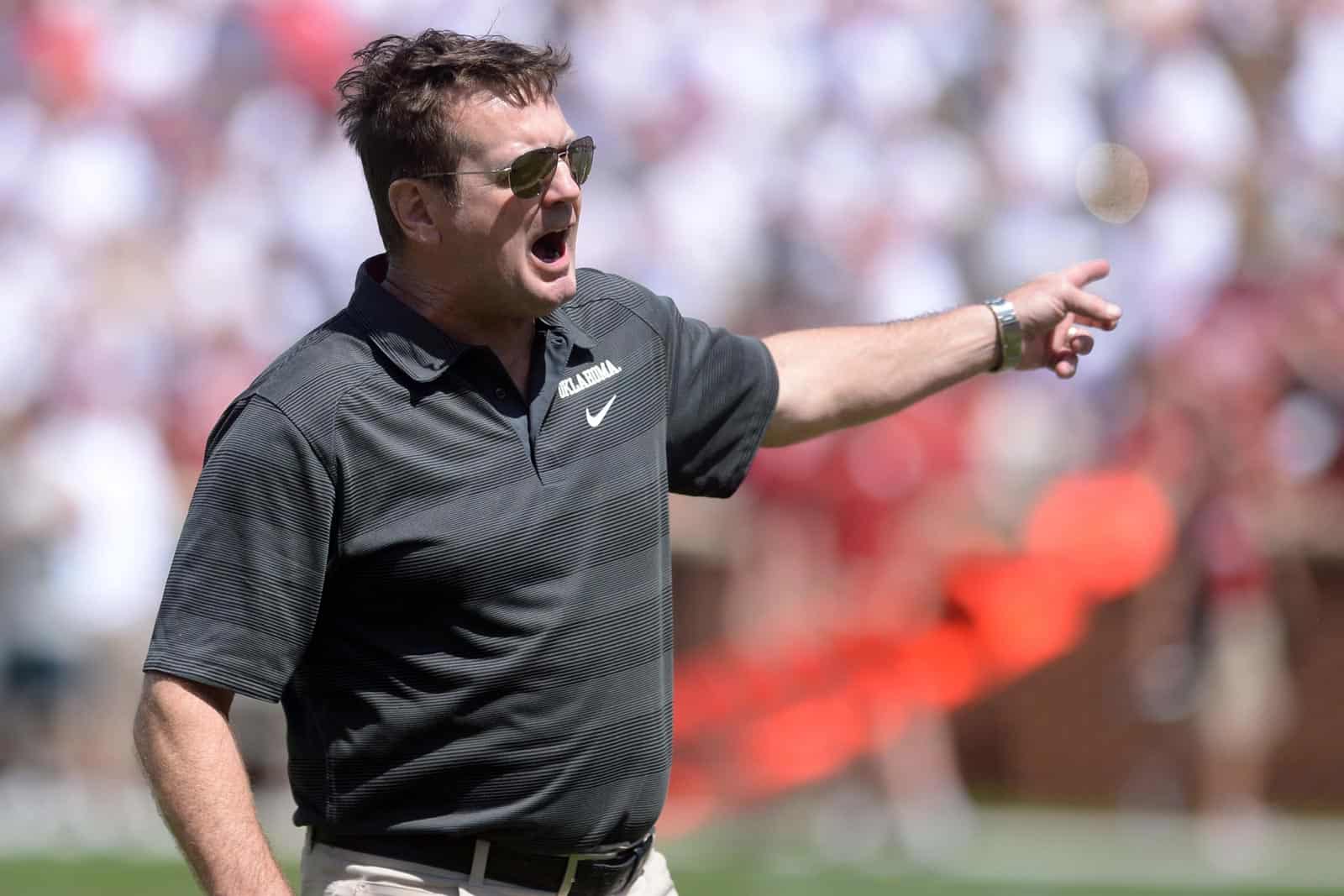 Head coaches for all eight XFL teams are now set leading up to the start of the brand new football league in February 2020.

The new XFL is owned by Vince McMahon’s Alpha Entertainment. In contrast to the old XFL, which ran for a single-season in 2001, the new XFL will strive for faster, simpler play with fewer off-field controversies.

Like the old XFL, the new XFL will also consist of eight teams in major markets. Only one team, St. Louis, does not currently host an NFL franchise.

Seven of the XFL head coaching spots have been filled over the past few months. On Monday, the eighth and final head coach was finalized when the XFL named June Jones to lead the Houston franchise.

Like the seven other XFL coaches, Jones will serve dual roles as the head coach and general manager of the team. Below is a look at all eight XFL head coaches.

Stoops began his coaching career as a graduate assistant at Iowa. He later held assistant coaching positions with Iowa, Kent State, Kansas State, and Florida. He has never coached in a professional league.

June Jones was most recently the head coach of the Hamilton Tiger-Cats in the Canadian Football League (CFL) from 2017 through 2018.

Under June Jones, Hawaii won the Western Athletic Conference (WAC) championship in 1999 and 2007.

Winston Moss served as the assistant head coach and linebackers coach of the NFL’s Green Bay Packers from 2007 through 2018 under former head coach Mike McCarthy, including the Packers’ Super Bowl winning season in 2010 (Super Bowl XLV).

Moss was relieved of his duties at Green Bay two days after McCarthy was fired in December 2018. Prior to joining the Packers, Moss was the linebackers coach for the New Orleans Saints from 2001 through 2005.

Kevin Gilbride began his football coaching career 25 years ago as linebackers coach at Idaho State. Since then, he’s held several positions in college, the CFL, and the NFL.

Most recently, Gilbride was with the New York Giants as quarterbacks coach from 2004 through 2006 and then offensive coordinator from 2007 through 2013.

Jonathan Hayes began his coaching career with the Oklahoma Sooners. He served as the tight ends and special teams coach from 1999 through 2002.

In 2003, Hayes took over the tight ends coaching job with the Cincinnati Bengals and remained there until being hired by the XFL in April.

Jim Zorn has a long career on the field and on the sidelines of college football and the NFL. His first coaching position was at Boise State from 1988 through 1991, where he was an offensive assistant and quarterbacks coach.

Like June Jones, Marc Trestman’s most recent coaching experience was in the CFL as the head man of the Toronto Argonauts.

Trestman’s first college coaching position was with the Miami Hurricanes as a volunteer assistant coach from 1981 through 1983. He then coach quarterbacks from 1983-84.

He returned to the college ranks as wide receivers coach (2010) and then offensive coordinator and quarterbacks coach (2011-12) at Stanford.

Hamilton headed back to the NFL in 2013, this time as offensive coordinator of Indianapolis (2013-15) and then assistant head coach and quarterbacks coach at Cleveland (2016).

Although the team names have not yet been announced, the XFL Schedule for the 2020 season is set. Week 1 of the XFL season officially kicks off with two games on Saturday, February 8, followed by two more games on Sunday, February 9.

XFL team names and schedules are expected to be announced in June.

Damn. I had $100 on Bobby Petrino getting the Tampa Bay job.

What is with Bob Stoops? He did not want to coach a year ago at Oklahoma and now he wants to coach in the XFL? What is going on with him?