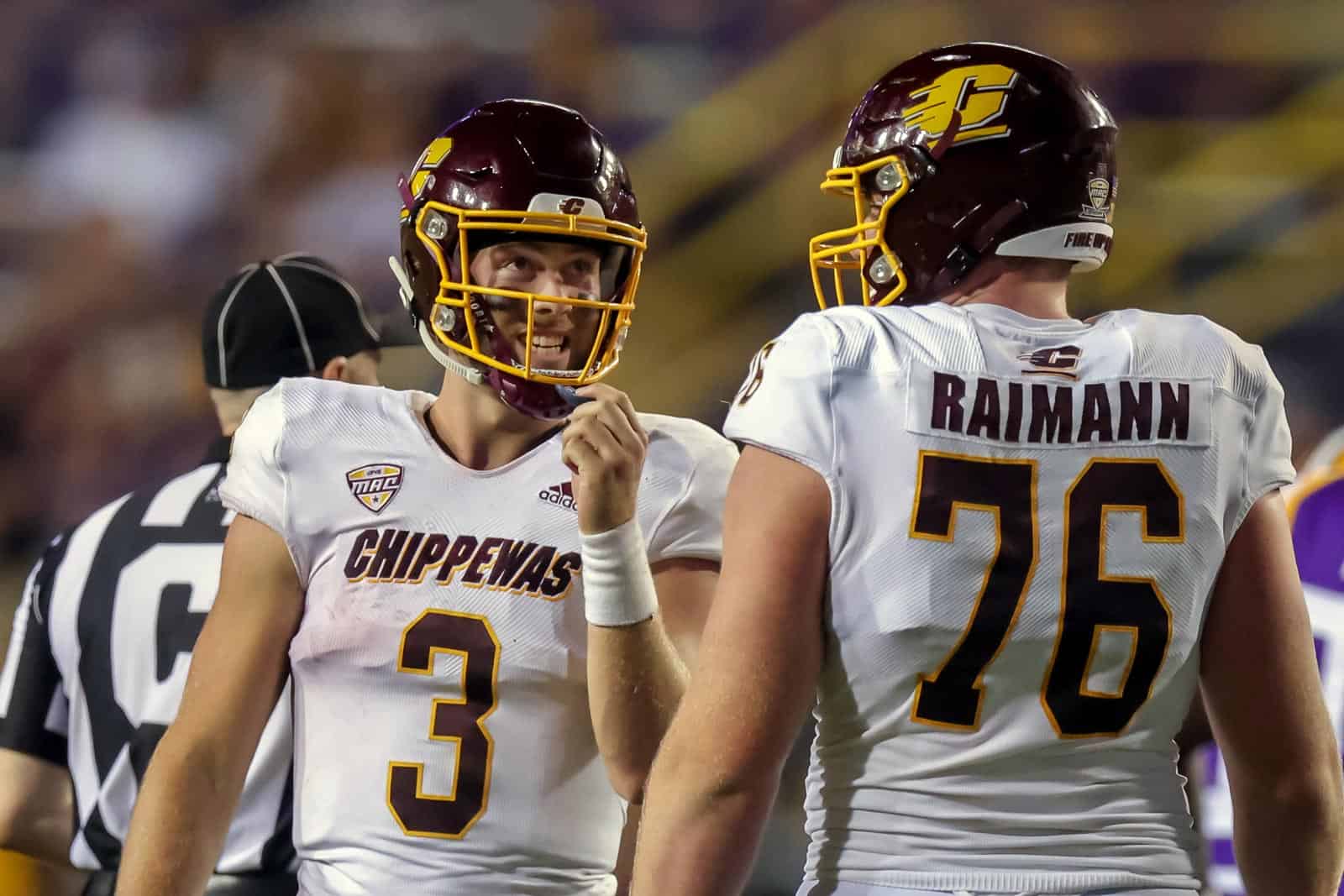 The Central Michigan Chippewas will replace the Miami Hurricanes in the 2021 Tony the Tiger Sun Bowl, it was officially announced on Monday.

Miami dropped out of the Tony the Tiger Sun Bowl on Sunday following a rise in COVID-19 cases and the resulting protocols within their team.

Central Michigan was scheduled to play the Boise State Broncos in the 2021 Barstool Sports Arizona Bowl, but the Broncos also had to withdraw from that contest due to COVID-19 issues.

Central Michigan will now face the Washington State Cougars in the 2021 Tony the Tiger Sun Bowl on New Year’s Eve, Friday, Dec. 31, 2021, at Sun Bowl Stadium in El Paso, Texas. The game will be televised by CBS at 12:00pm ET.

Since Central Michigan was already in Tucson, the Chippewas were close enough to El Paso that they will be able to make the four-hour trek to change bowl games.

“We are grateful for the diligent work of the Sun Bowl Association, the Pac-12 Conference, the Mid-American Conference, and Central Michigan University to ensure the 2021 Tony the Tiger Sun Bowl will be played,” Washington State Director of Athletics Pat Chun said. “A special thank you to CMU’s Director of Athletics Amy Folan and head coach Jim McElwain for prioritizing the bowl experience for both teams, especially the seniors who will be playing their final college football game.”

In a separate statement, the Barstool Sports Arizona Bowl announced that their 2021 contest has been canceled.

I don’t know what “Barstool issues” are? If you mean streaming access, yes their reach isn’t what Disney/ESPN/ABC is.
The good thing about Barstoolsports is that they will be back in 2022 with an equally good broadcast, & I am going to & was going to follow this Game in 2021 because it wasn’t a Disney/Espn broadcast.

Sun Bowl has payouts around 4.5 million. The Arizona Bowl payouts are around 350k. Seems like an obvious upgrade for C. Michigan and the MAC. Not to mention that it will be easier for C. Michigan fans to find the game now..