Auburn to open 2022 season at home against Mercer 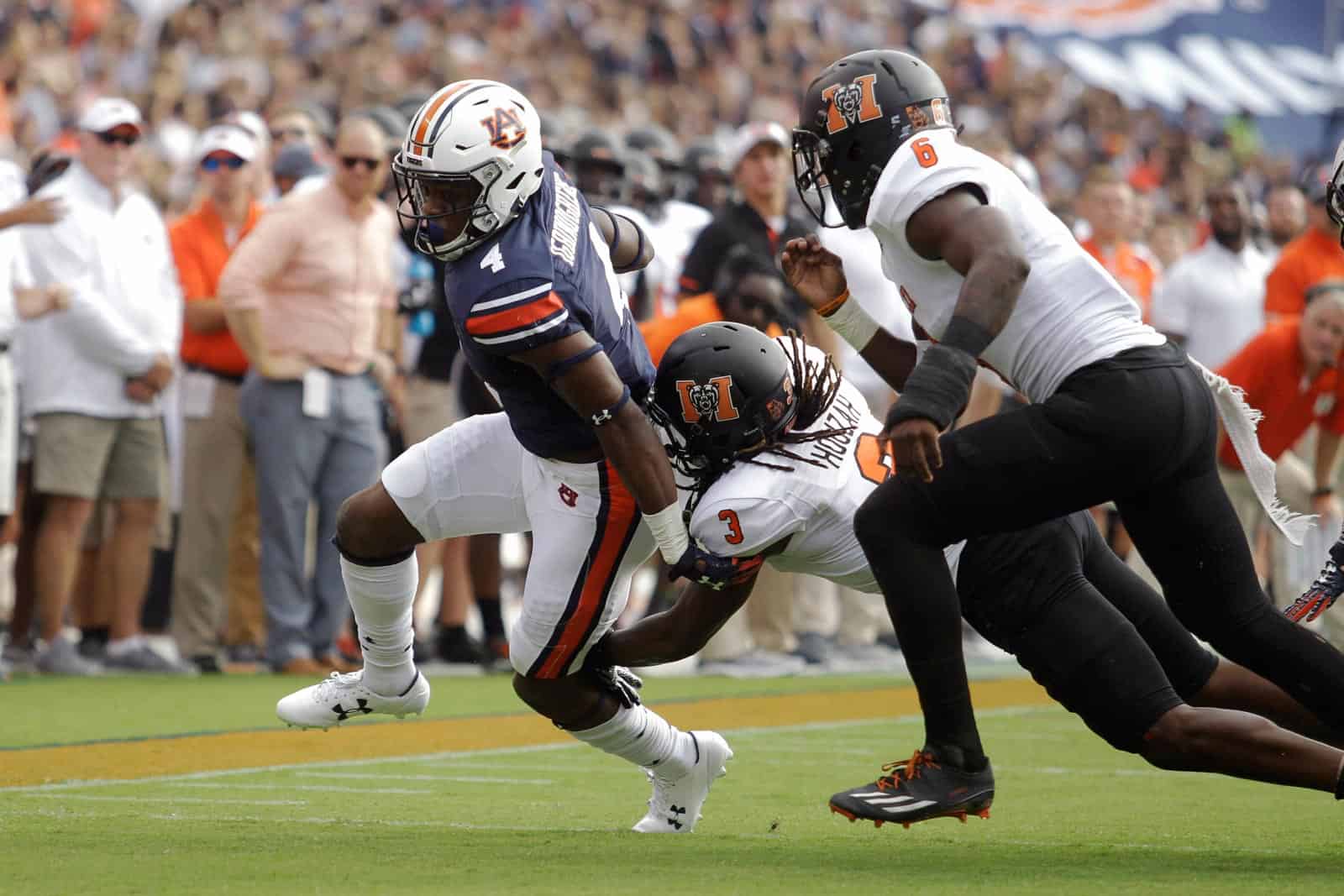 The Auburn Tigers will open the 2022 season at home against the Mercer Bears, FBSchedules.com has learned.

Auburn and Mercer previously signed a contract two years ago that called for the two schools to play at Jordan-Hare Stadium on Nov. 19, 2022.

A copy of an amendment to the game contract obtained from Auburn University via a state public records request states that the date of the game has been changed to September 3, 2022. That will be the season opener for both schools.

The 2022 matchup between Auburn and Mercer will be the 11th overall meeting between the two schools on the gridiron. Auburn won the most recent matchup in 2017, 24-10, to extend their unbeaten record against the Bears to 12-0.

Mercer, located in Macon, Georgia, competes in the Southern Conference (SoCon) in the Football Championship Subdivision (FCS). The Bears finished the 2018 season 5-6 overall and 4-4 in conference action.

Earlier this week, it was announced that another game on Auburn’s 2022 football schedule had changed dates. Auburn was previously scheduled to host the Western Kentucky Hilltoppers on Sept. 24, but that contest has been moved to Nov. 19. That’s the spot that Mercer previously occupied and is the weekend before the traditional Auburn-Alabama contest.

Auburn’s other announced non-conference contest in 2022 is at home in Jordan-Hare Stadium against the Penn State Nittany Lions on Sept. 17. The game is the second of a home-and-home series that begins at Penn State on Sept. 18, 2021.

The Tigers need one additional opponent to complete their non-conference schedule in 2022.

In SEC play in 2022, Auburn is scheduled to host Arkansas, LSU, Missouri, and Texas A&M and will play at Alabama, Georgia, Mississippi State, and Ole Miss.

Auburn is scheduled to open the 2019 season on Saturday, Aug. 31 against the Oregon Ducks in the AdvoCare Classic at AT&T Stadium in Arlington, Texas. Mercer opens the season on the same day on the road against the Western Carolina Catamounts.

And is an Alabama-UAB game a likelihood in the next century?