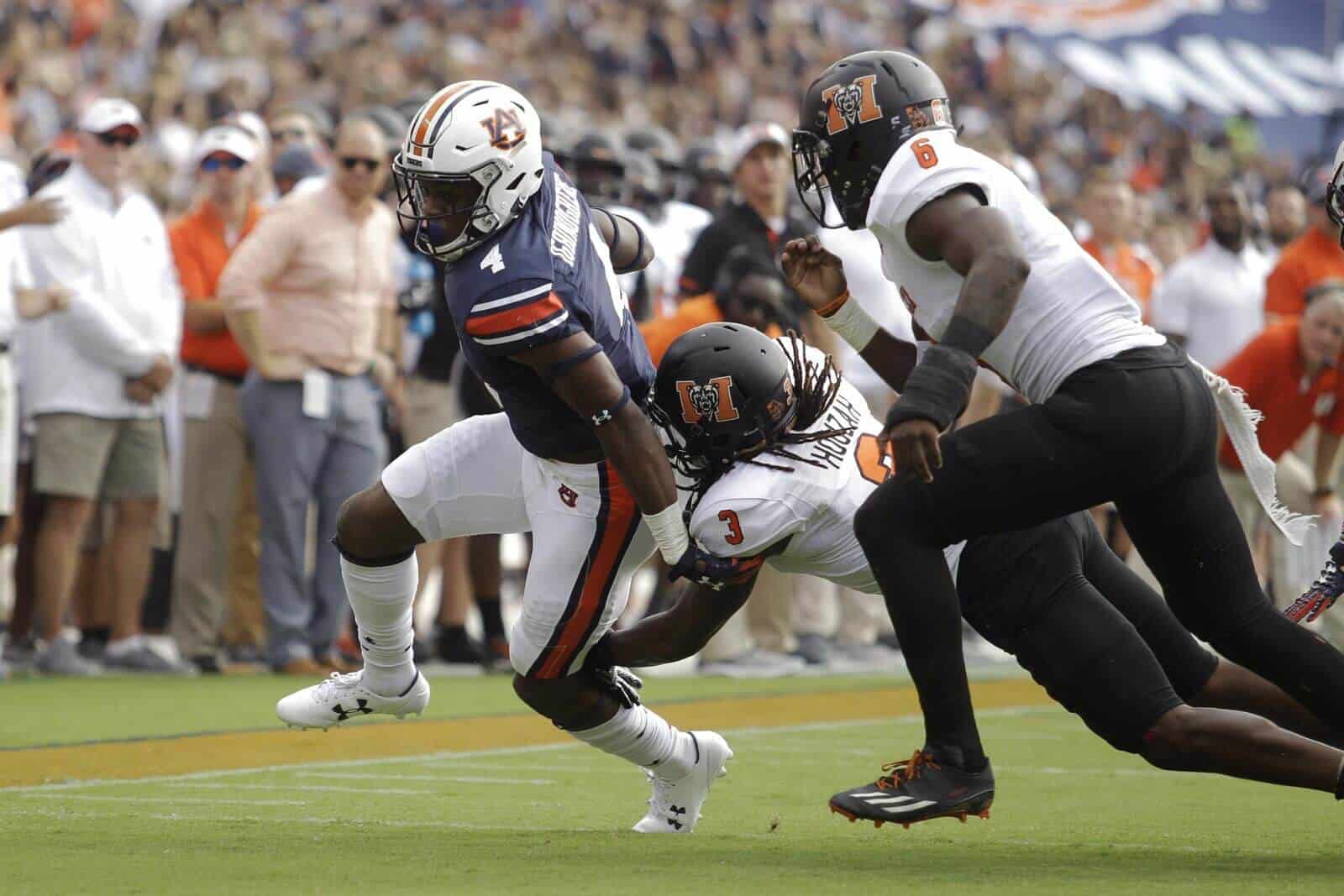 The Auburn Tigers will host the Mercer Bears in 2022, according to a report by AL.com.

Auburn hosted Mercer this season on Sept. 16 at Jordan-Hare Stadium. The Tigers turned the ball over five times but defeated the Bears 24-10.

According to the AL.com report, Auburn and Mercer will play again on Nov. 19, 2022. The game will be the 13th meeting between the two schools on the gridiron.

Mercer, a member of the Southern Conference in the Football Championship Subdivision (FCS), began playing football again in 2013. Last season, the Bears finished 6-5 overall and 4-4 in conference play.

Auburn now has three non-conference games scheduled for the 2022 season. The Tigers are also scheduled to host Penn State on Sept. 17 and Western Kentucky on Sept. 24.

In SEC action in 2022, the Auburn Tigers are scheduled to host Arkansas, LSU, Texas A&M, and Missouri and travel to Alabama, Georgia, Mississippi State, and Ole Miss.

Auburn and Mercer have played 12 times. The 2022 game will be the 13th meeting on the gridiron.