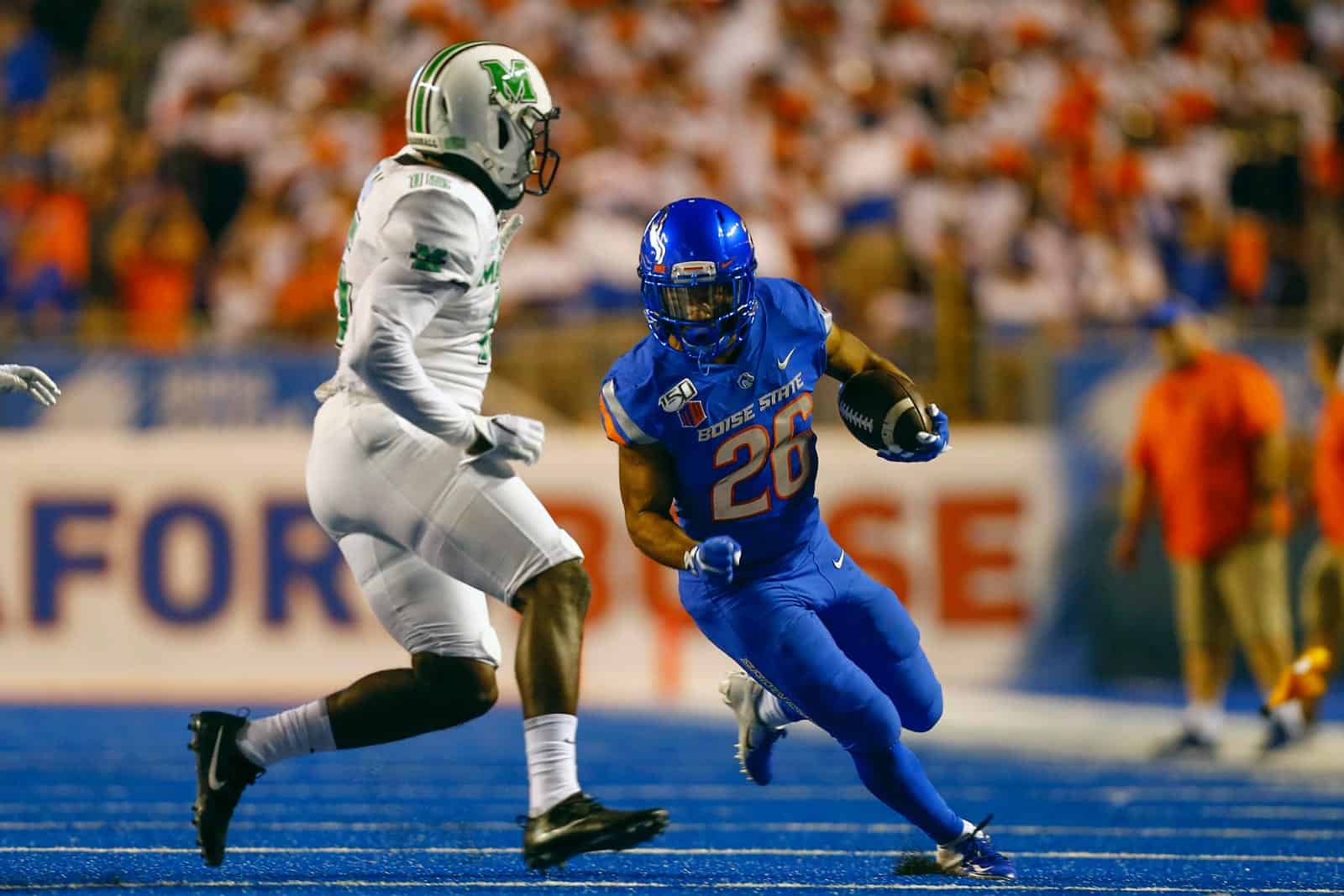 The 2020 Boise State Broncos at Marshall Thundering Herd football game has been moved to Friday, September 25, both schools announced on Tuesday.

The game, originally scheduled for Saturday, September 26, will be played at Joan C. Edwards Stadium in Huntington, W.Va. Conference USA requested the game be moved, which now means the contest will be nationally televised.

The 2020 Boise State-Marshall contest is the second of a home-and-home series that kicked off last season at Albertsons Stadium in Boise, Idaho. Boise State defeated Marshall in that contest, 14-7.

Marshall is currently scheduled to open the 2020 season in Week Zero on Saturday, Aug. 29 at the East Carolina Pirates. That game, previously scheduled for Sept. 5, was moved in order to commemorate the 50th anniversary of the air tragedy that claimed the lives of 70 passengers and five crew members that were returning to Huntington, W.V., from a football game at East Carolina on Nov. 14, 1970.

Boise State is scheduled to open the 2020 season on Saturday, Sept. 5 at home against the Georgia Southern Eagles.

The 2020 college football season could be postponed, shortened, or canceled altogether due to the ongoing novel coronavirus 2019 (COVID-19) pandemic. FBSchedules.com will post any updates and make date changes if or when they are announced.