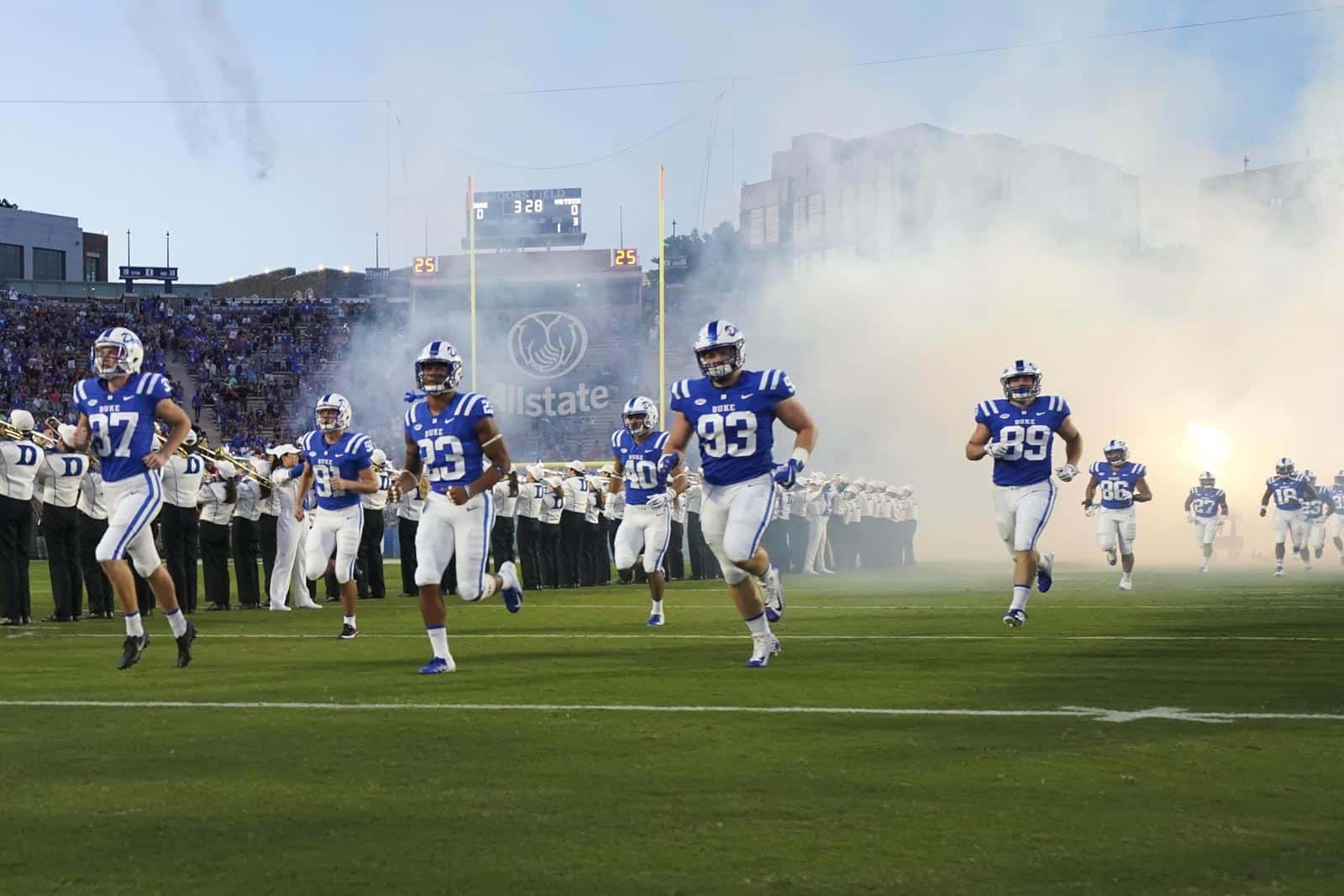 The 2019 Notre Dame Fighting Irish at the Duke Blue Devils football game has been set for broadcast on the upcoming ACC Network, ESPN announced on Saturday.

The game is set to be played at Duke’s Brooks Field at Wallace Wade Stadium in Durham, North Carolina. A kickoff time will be announced at a later date.

The new 24/7 ACC Network is set to debut on Thursday, Aug. 22, 2019. One week later on Aug. 29, the Georgia Tech Yellow Jackets will play at the Clemson Tigers in the first live football broadcast on the ACC Network.

Duke and Notre Dame have met five times on the gridiron. In their most recent meeting back in South Bend in 2016, the Blue Devils defeated the Fighting Irish 38-35.

The Duke Blue Devils finished the 2018 season 8-5 overall with a 56-27 win over the Temple Owls in the Walk-On’s Independence Bowl. Notre Dame fell to Clemson 30-3 earlier today in the College Football Playoff Semifinal at the Cotton Bowl and finished the season 12-1.

About ACC Network
Owned and operated by ESPN in partnership with the Atlantic Coast Conference, ACC Network is a new 24/7 national network dedicated to ACC sports set to launch August 22, 2019. Approximately 450 live contests including 40 regular-season football games, 150 men’s and women’s basketball games, and 200 other regular-season competitions and tournament games from across the conference’s 27 sponsored sports will be televised annually, plus a complement of news and information shows and original programming. Together, ACC Network’s TV and digital platforms will feature 1,300 ACC events in its first year. ESPN has been televising ACC content since 1979 and has exclusive rights to every conference-controlled game across sports and championships.

This is like announcing Penn State-Northwestern or Georgia-Vanderbilt as a huge game. If the ACC Network wants to get distribution in the Northeast, they need to do better than this.

I don’t understand why you are critical of this decision. Whether or not you feel Notre Dame is relevant or a good team, they still fill stadiums and turn on TVs. Notre Dame has a national alumni network, therefore probably getting higher ratings for the network for this game in non-ACC states, like Ohio, Illinois, and California. This is probably the biggest game the network can get for its first year. This game will cause me to add it to my TV package atleast for that weekend, and who knows maybe longer. I think this was the idea behind putting this game on the ACC network

I think this is great business sense. Notre Dame football will draw and Duke football is much better than it used to be.

I have no problem with the TV designation. The ACC Network needs the best distribution it can get and Notre Dame football is the perfect vehicle for it given its connections to the ACC and its general drawing power. Also, Duke being halfway decent in football helps a lot.