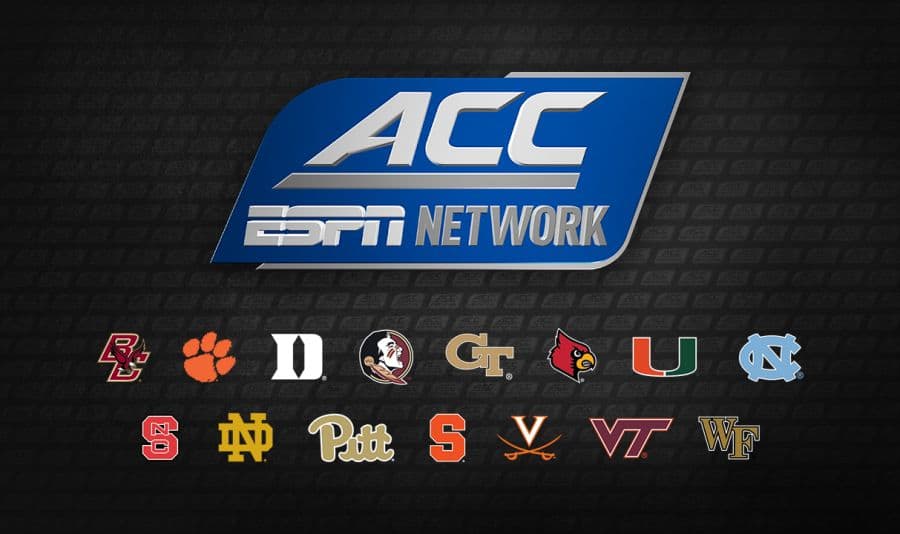 The ACC Network will digitally launch in August, with a television launch in 2019, the conference announced Thursday at the 2016 ACC Football Kickoff event.

“On behalf of the ACC Council of Presidents, Faculty Athletics Representatives and our ACC Television Committee, we are tremendously pleased to further enhance our long-term partnership with ESPN that includes the creation of the ACC Network and ACC Network Extra, and positions the conference for the long-term future,” stated ACC Commissioner John Swofford in the release. “This partnership continues to be a win-win for ESPN and the ACC. ESPN is the premier provider in sports content and this agreement will deliver unprecedented coverage to our fans, while highlighting our quality student-athletes, coaches and institutions.”

The digital channel, branded ACC Network Extra, will be available as part of ESPN3 next month.  600 total league events will be viewable via ESPN’s streaming options on computers, game consoles or the official app with this digital release.  40 regular-season football games will be shown on the television channel upon its roll-out.

“We look forward to working with our longtime partners at the ACC to create a network that reflects the depth and quality of its athletes and teams, and serves the fans who passionately support them. We are proud and excited to add the ACC Network to our industry-leading college content offerings,” added John Skipper, ESPN President in a Thursday statement.

Further details about clearances and channel locations for the broadcast offering will be released at a later date.

I thought there was always one

They should just flip the switch and turn ESPN Classic into it.

made the Big 12 reconsider expansion so sounds good to me

I’m not how that benefits either the ACC(as a whole) or the Big 12, I know the real winner of the new ACC ESPN network, at least on the football side of it is FSU.If UConn joins the ACC, everybody is screwed……..especially UNC,BC,Wake Forest,Syracuse,and Pitt better split from the ACC and form a new conference(with NC State,Va Tech,maybe Duke,and Louisville)…..Miami and (North)Carolina should join the SEC!

all P5 leagues sans the Big 12 have their own network. Big 12 is always a day late and a dollar short. Too many egos in Austin and Norman.