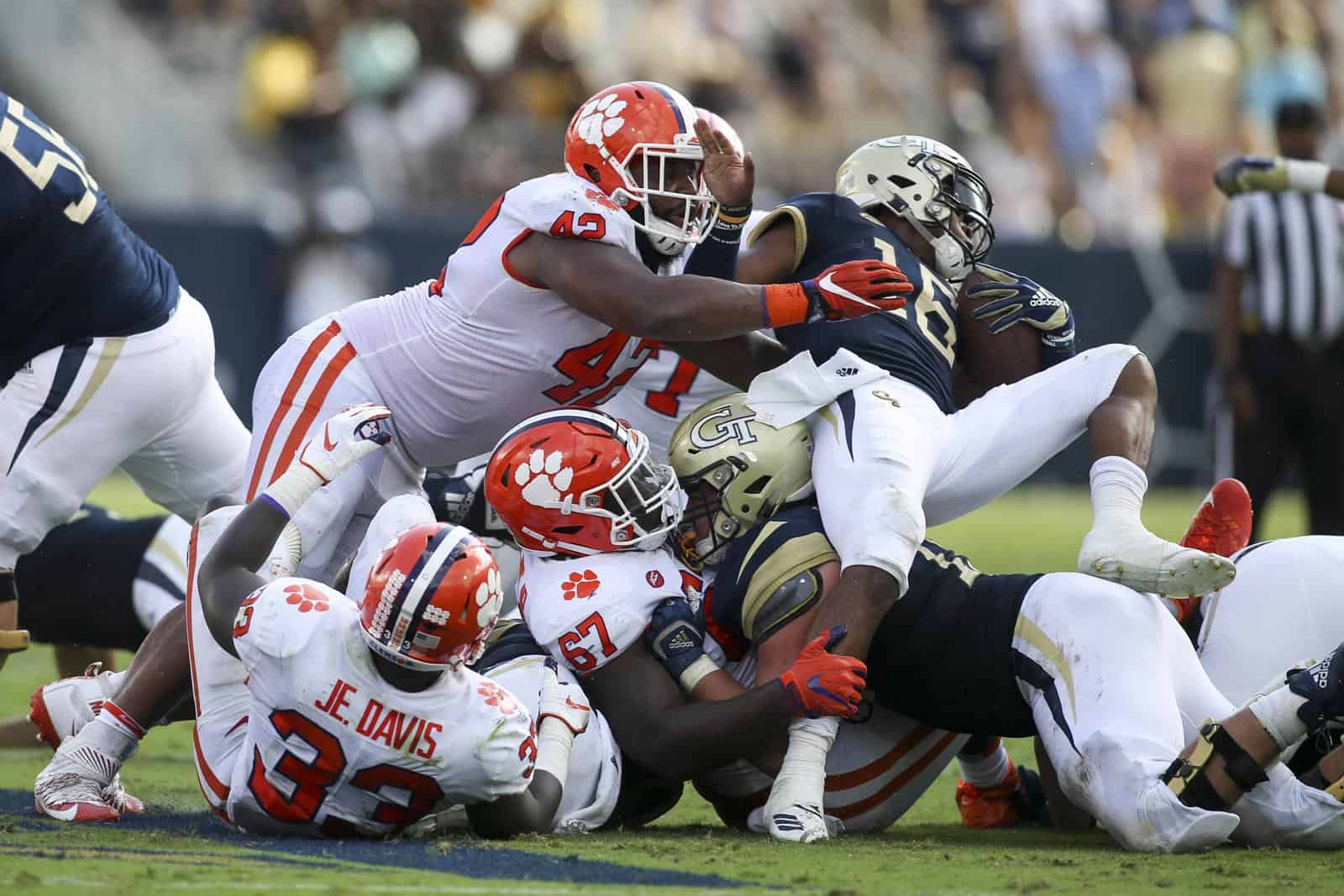 ESPN and the ACC are launching the new ACC Network in 2019, and the first college football game on the network will be Georgia Tech at Clemson.

“With just under nine months until launch, we are all systems go with ACC Network preparations. The strength of the season opening game between Georgia Tech and Clemson is indicative of the robust schedule and programming we have planned for ACC fans,” ESPN President and Co-Chairman, Disney Media Networks James Pitaro said.

The 24/7 ACC Network will air approximately 450 live contests annually, including 40 regular-season football games. Altogether, the ACC Network’s TV and digital offerings will air over 1,300 events in its first year.

“We continue to look ahead to the launch of the ACC Network with great anticipation, and this is another step in the process,” said ACC Commissioner John Swofford. “Showcasing all of our outstanding programs remains a top priority, and our partnership with ESPN allows fans to have greater access than ever before. I also commend our schools who have done an outstanding job in their preparations for a successful launch.”

Here's the logo for the new ACC Network. pic.twitter.com/s8J3nLFEY7

What’s going to happen to the current ACC Network? Is that being bought out by ESPN and this new ACC Network?
What will happen to Raycom?
I’m on the other side of the country so I don’t really know that much about the current networks except for the fact that they exist.

As I understand it, there will be no more Raycom broadcasts. Which is sad. I live in SC and the ACC and Raycom are like peanut butter and jelly. I prefer Raycom broadcasts over ESPN even during the basketball tournament.

No more ACC on Raycom. This will be just like the SEC Network.

At least it won’t be the oft hidden PAC 12 Network. I heard you needed a trade deal with the commissioner of the conference to get it. IDK. Give it away for the advertising. Are things that tight out west? At least with ESPN behind it, it will be available, like the SEC Network. Now, we just need the Longhorn Network to become the Big 12 Network and all would be right….

Ray the thing with the Pac-12 network is that it isn’t owned by a corporation. BTN is owned by FOX, and SECN is owned by ESPN, as will be with ACCN. P12 Network is fully owned and operated by the conference, and therefore it’s too expensive for able providers like U-Verse and DirecTV won’t pick up the channel (at least I think that’s why, I’m not entirely sure how this contract stuff all works).

As a Pac-12 fan, even though I am not a big fan of Larry Scott, I’m okay with the network not being nationwide. I don’t need to watch SECN or BTN (I don’t even get BTN) because I don’t really care about their games that much, and most of their conference’s big games are on national tv anyways.

In regards to the Big 12, I think all their games are on ESPN or FOX networks, with the exception of some early season games on local FSNs, so I don’t know if there’s a need for it.