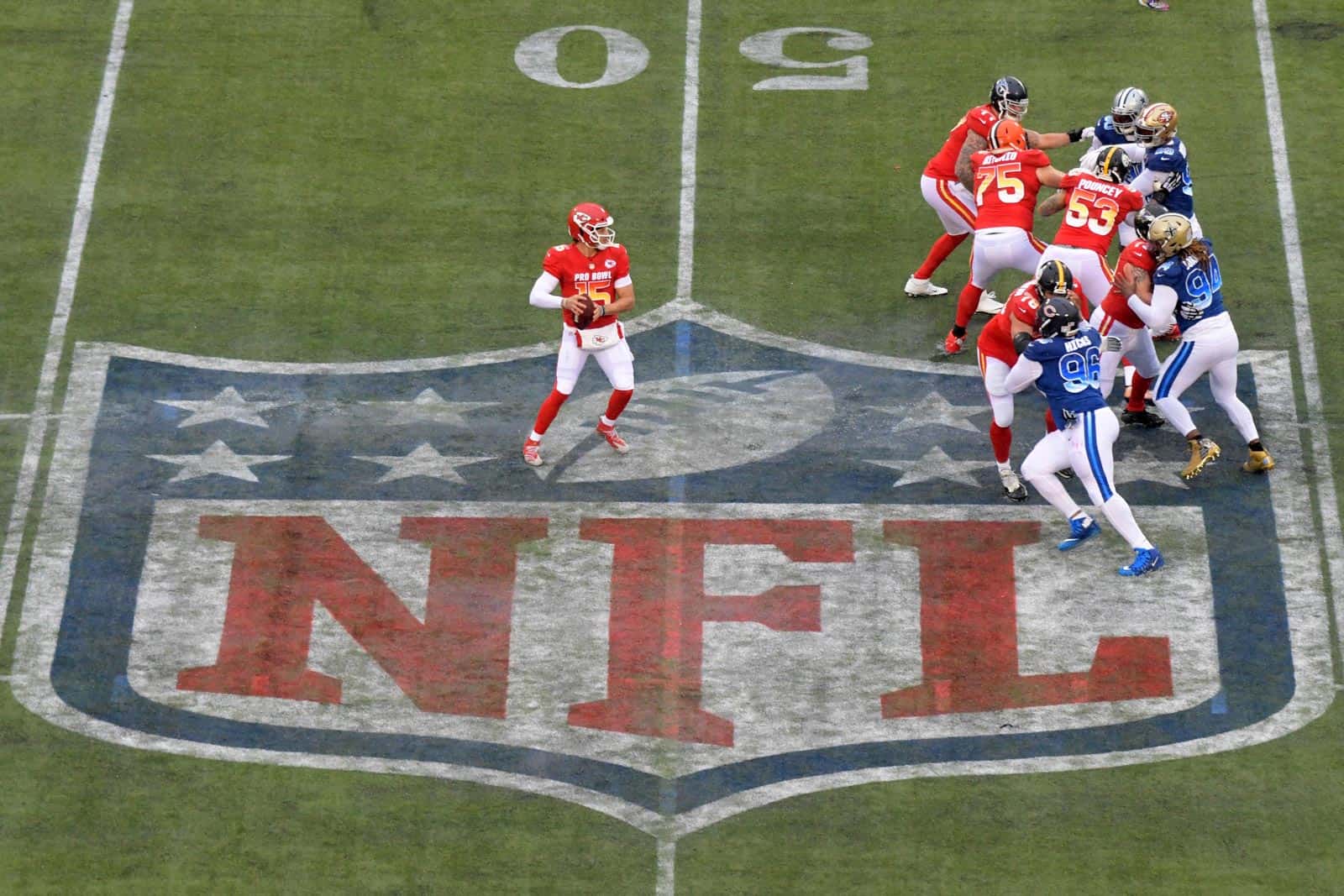 The 2019 NFL Schedule release has been set for Wednesday, April 17, the NFL has announced.

The complete regular-season schedule for 2019 will be released at 8:00pm ET on the NFL Network and NFL.com. The schedules will be available here at FBSchedules.com shortly afterwards.

The 2019 NFL kickoff game will be played on Thursday, Sept. 5 and usually features the Super Bowl champion, currently the New England Patriots, hosting an opponent to be determined. Due to the celebration of the NFL’s 100th anniversary, dubbed NFL100, the 2019 season-opener will feature the Green Bay Packers taking on the Chicago Bears at Soldier Field.

The New England Patriots will host an opponent to be announced on the season’s first Sunday Night Football game on Sunday, Sept. 8 at 8:20pm ET on NBC.

Five International Series games have already been announced, although the exact dates won’t be known until Wednesday night. The Chiefs and Chargers will battle in Mexico City, while London will host four matchups — Panthers-Buccaneers, Bears-Raiders, Bengals-Rams, and Texans-Jaguars​​.

The 2019 NFL Preseason Schedule was released on Tuesday, April 9. The schedule will begin with the 2019 Hall of Fame Game at Tom Benson Hall of Fame Stadium in Canton, Ohio. This years game pits the Atlanta Falcons against the Denver Broncos and it will be televised by NBC at 8:00pm ET.

The NFL Playoff Schedule will begin on Saturday, Jan. 4, 2020 with the Wild-Card Round. The Divisional Round will be played on the weekend of Jan. 11-12, followed by the AFC and NFL championship games on Sunday, Jan. 19.

Super Bowl LIV is set for Sunday, Feb. 2, 2020 at Hard Rock Stadium in Miami Gardens, Florida. The game will kickoff at 6:30pm ET and will be televised by FOX.