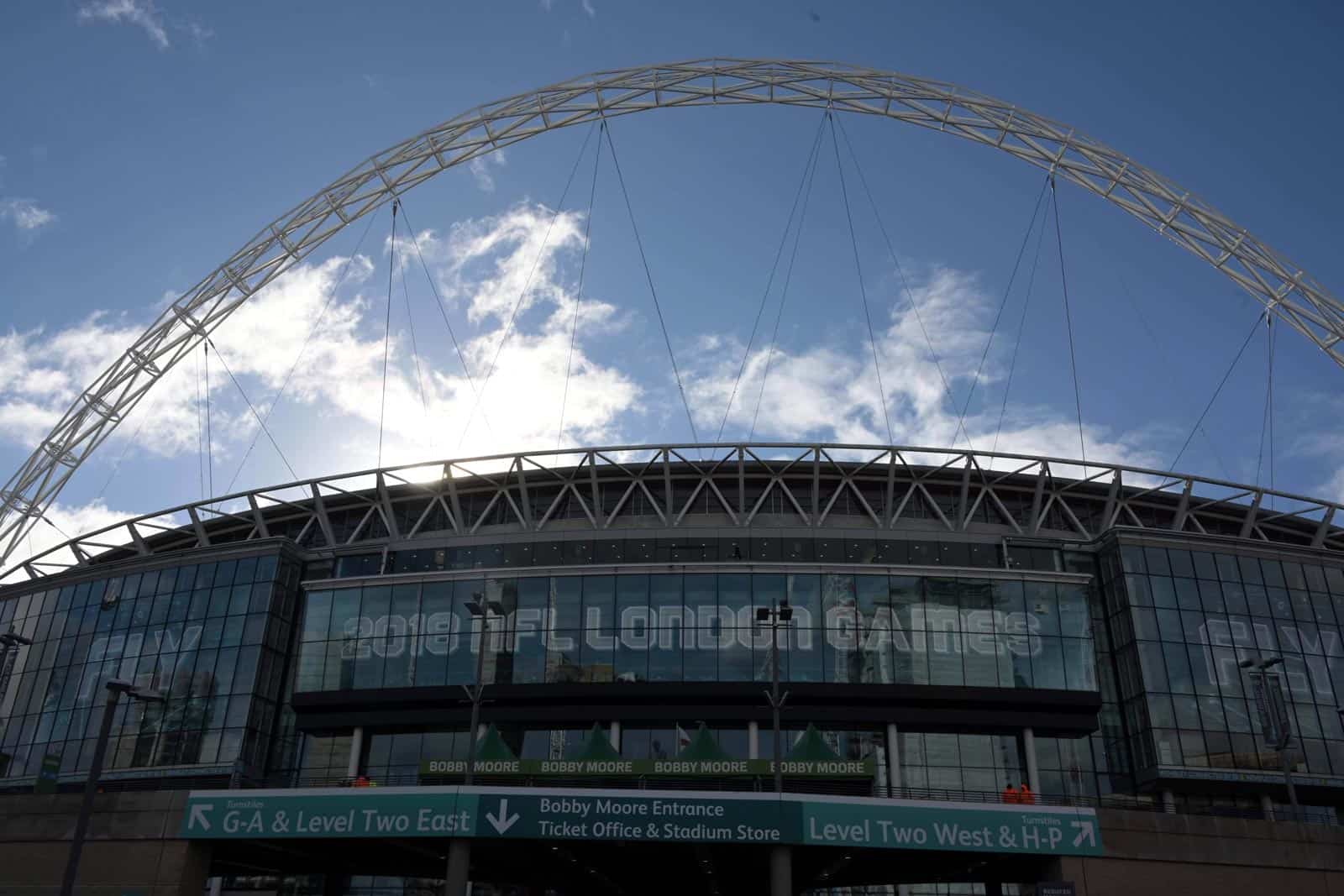 The 2019 NFL International Series has been announced, and it will feature four games in London, England, and one game in Mexico City, Mexico.

Below are the five NFL International Series matchups for 2019:

The Kansas City Chiefs and the Los Angeles Rams will play at Azteca Stadium in Mexico City, Mexico. Both teams will be playing in Mexico City for the first time.

Kansas City has played one International Series game, winning 45-10 over the Detroit Lions at Wembley Stadium in London in 2015. The Rams have played three games in London and are 1-2 overall.

Tampa Bay will play in London for the third time (0-2 record), while Chicago (1-0) and Cincinnati (0-0-1) will both make their second appearances.

The Oakland Raiders have played in four previous International Series matchups, two in Mexico City (1-1) and two in London (0-2).

Dates and London stadiums for the 2019 International Series will be announced in conjunction with the NFL schedule release in mid-to-late April.

To get the most out of the London games the NFL really should set them all at 9:30 AM and sell them as a separate TV package, with ABC my preference (even if it has to wait until the next contract, at which point ABC could add half of the TNF package (simulcast with NFLN, having all TNF games simulcast over the air will require negotiating with the NFL Network’s carriers to do so since currently some games have to be just on NFLN), a Divisional Playoff game, and entering the Super Bowl rotation as well, with none of ABC’s playoff games simulcast on ESPN in the new contract).

I’m sorry, but it’s an absolute robbery to these teams that have to play a “home” game in London or Mexico City. I get that the NFL wants to get a more global outreach, but what percentage of the attendance is actually cheering for either of the teams or knows what is going on? I would never want my team to have to travel to either place to play a game.

NFL demands every team to play international games, whether giving up a home game or not.

Rams for example have played in 3 of the last 4 yrs as the home team in London to satisfy their NFL requirements for years to come so that they get to play 8 games at home in their new LA stadium until the 2030s.