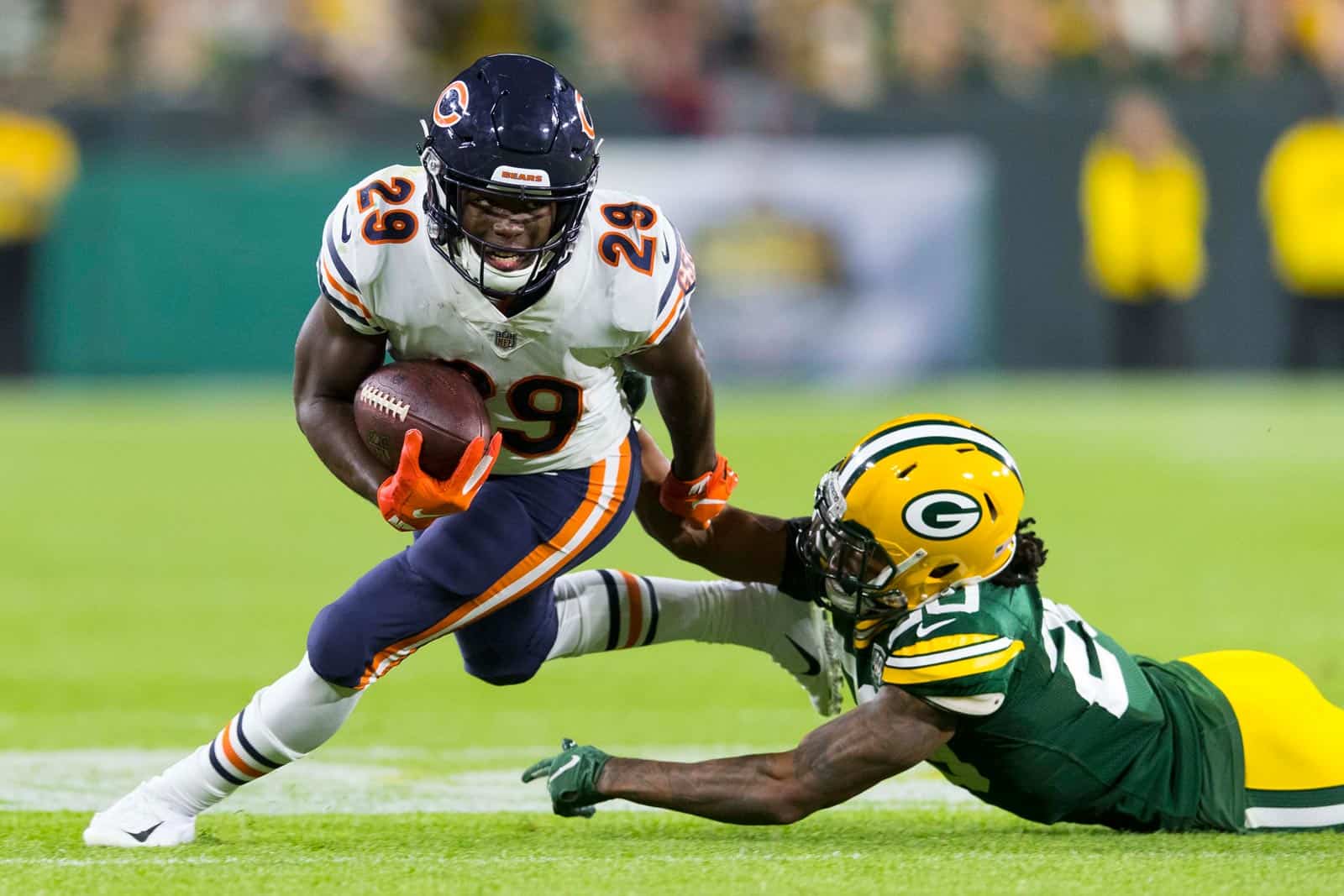 The 2019 NFL Schedule kicks off on Thursday night with the Green Bay Packers visiting the Chicago Bears at Soldier Field. The game is set for 8:20pm ET on NBC.

Green Bay-Chicago kicks off the 2019 NFL Thursday Night Football Schedule and the 100th season of the National Football League, which has been dubbed NFL100. The league will celebrate the anniversary throughout the season with special events, coverage, and more.

The Packers at Bears contest will also be the first NFL100 Game of the Week. As part of the celebration of the 100th anniversary, the league has selected one game each week to feature as part of NFL100. These contests “…will be a nod to a momentous game played, a fierce rivalry that spans decades, a matchup of original teams and/or a game in which history was made.”

A full day of action in Week 1 begins on Sunday, September 8 with 13 contests on the schedule. The action begins at 1:00pm ET with seven games — LA Rams at Carolina, Tennessee at Cleveland, Kansas City at Jacksonville, Baltimore at Miami, Atlanta at Minnesota, Buffalo at NY Jets, and Washington at Philadelphia.

Two games are scheduled to start at 4:05pm ET on Sunday — Indianapolis at LA Chargers and Cincinnati at Seattle.

The 2019 NFL Sunday Night Football Schedule kicks off with the Pittsburgh Steelers traveling to take on the Super Bowl champion New England Patriots. The game is set for 8:20pm ET on NBC.

Monday Night Football concludes the action in Week 1, and it features a doubleheader on ESPN. The New Orleans Saints host the Houston Texans at 7:10pm ET and the Oakland Raiders host the Denver Broncos at 10:20pm ET.

The NFL Playoffs begin on Saturday, January 4, 2020 with the Wild-Card Round. Divisional Round action kicks off the following week on Saturday, Jan. 11, which leads into the AFC and NFC Championship games on Sunday, Jan. 19.

Super Bowl LIV is scheduled for Sunday, February 2, 2020 at Hard Rock Stadium in Miami Gardens, Fla. The game will be televised by FOX at 6:30pm ET.