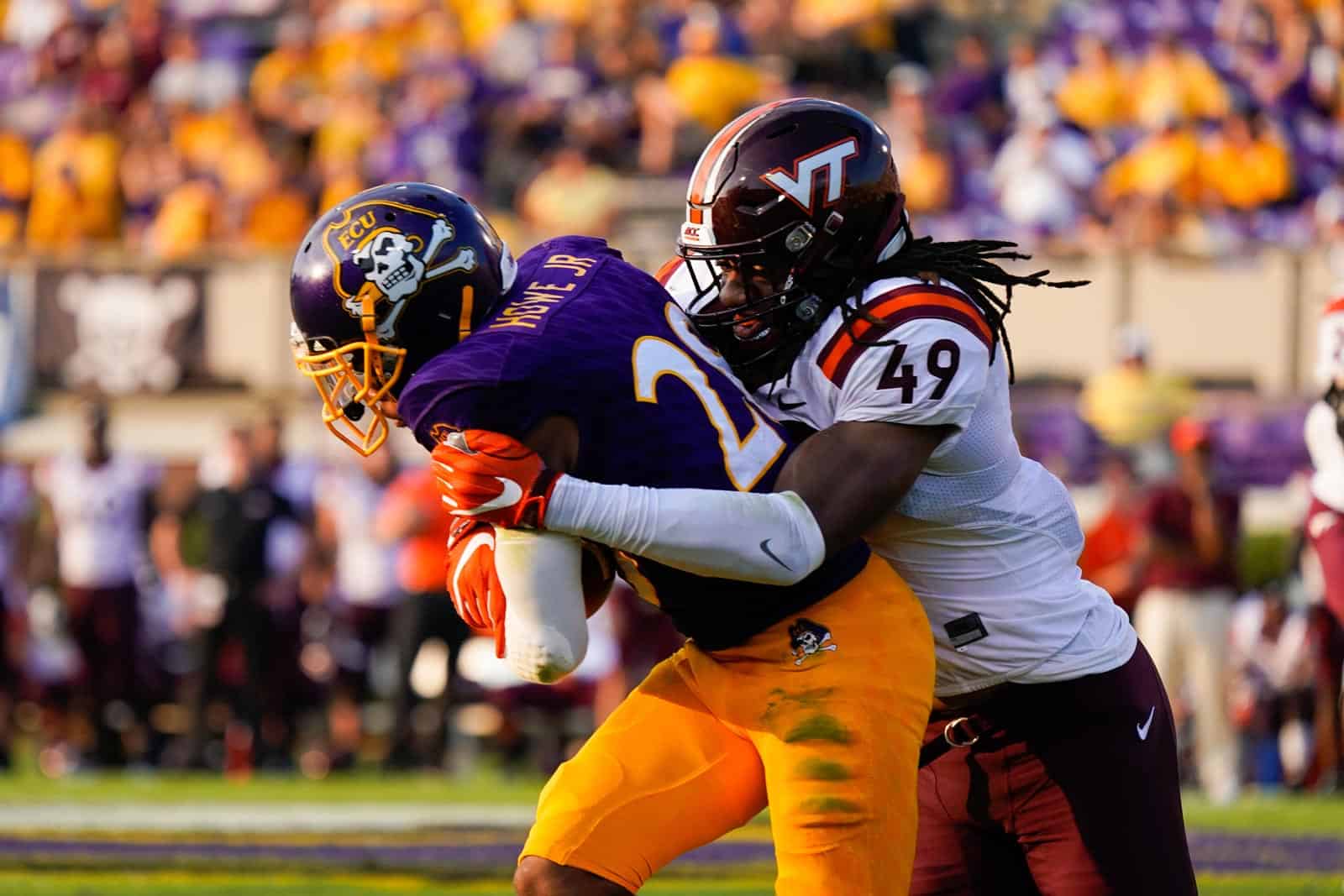 The Virginia Tech Hokies and the East Carolina Pirates have mutually agreed to cancel their future football series from 2020 through 2025, Virginia Tech announced on Monday.

East Carolina and Virginia Tech, after consultation with their respective legal counsel, have mutually agreed to cancel the scheduled series of football games (2020-2025).

The series was scrapped over the fallout from the cancellation of the 2018 contest, scheduled for September 15 at Virginia Tech, due to Hurricane Florence. With the deadly storm approaching, East Carolina opted to cancel the Virginia Tech game and instead traveled to Florida in preparation for their next contest against USF.

However, Virginia Tech wanted to wait until three days before the game to see the hurricane’s updated track. The cancellation didn’t sit well with Virginia Tech Director of Athletics Whit Babcock, who announced over the Christmas weekend that year that the Hokies would not play the 2019 game in Greenville and were also opting out of games in 2023 and 2025.

Virginia Tech later demanded that East Carolina pay a $250,000 cancellation fee for the 2018 contest, which the Pirates obviously disagreed with.

It’s not currently known if either team will pay a cancellation fee to the other. FBSchedules.com has a months-long outstanding open records request to East Carolina University for a cancellation agreement that, when delivered, should shed more light on the details.

Earlier this year, East Carolina plugged the hole in their 2020 non-conference schedule left by Virginia Tech backing out. The Pirates were slated to begin a home-and-home series with Georgia State in Atlanta in 2023, but the two schools moved that contest up to 2020.

ECU is scheduled to open the 2020 season at home against Marshall (Sept. 5). The Pirates are also scheduled to play at South Carolina (Sept. 12) and host Norfolk State (Sept. 19).

Virginia Tech has yet to announce a replacement opponent for 2020. Currently, the Hokies are scheduled to host Liberty (Sept. 5) and Penn State (Sept. 12) and travel to Middle Tennessee (Sept. 19).

Per a copy of the joint agreement obtained from East Carolina University via a state public records request, the “contracts related to the games are jointly declared null and void.”

That declaration indicates that neither school will be obligated to pay the other a cancellation fee and the legal issues are resolved.