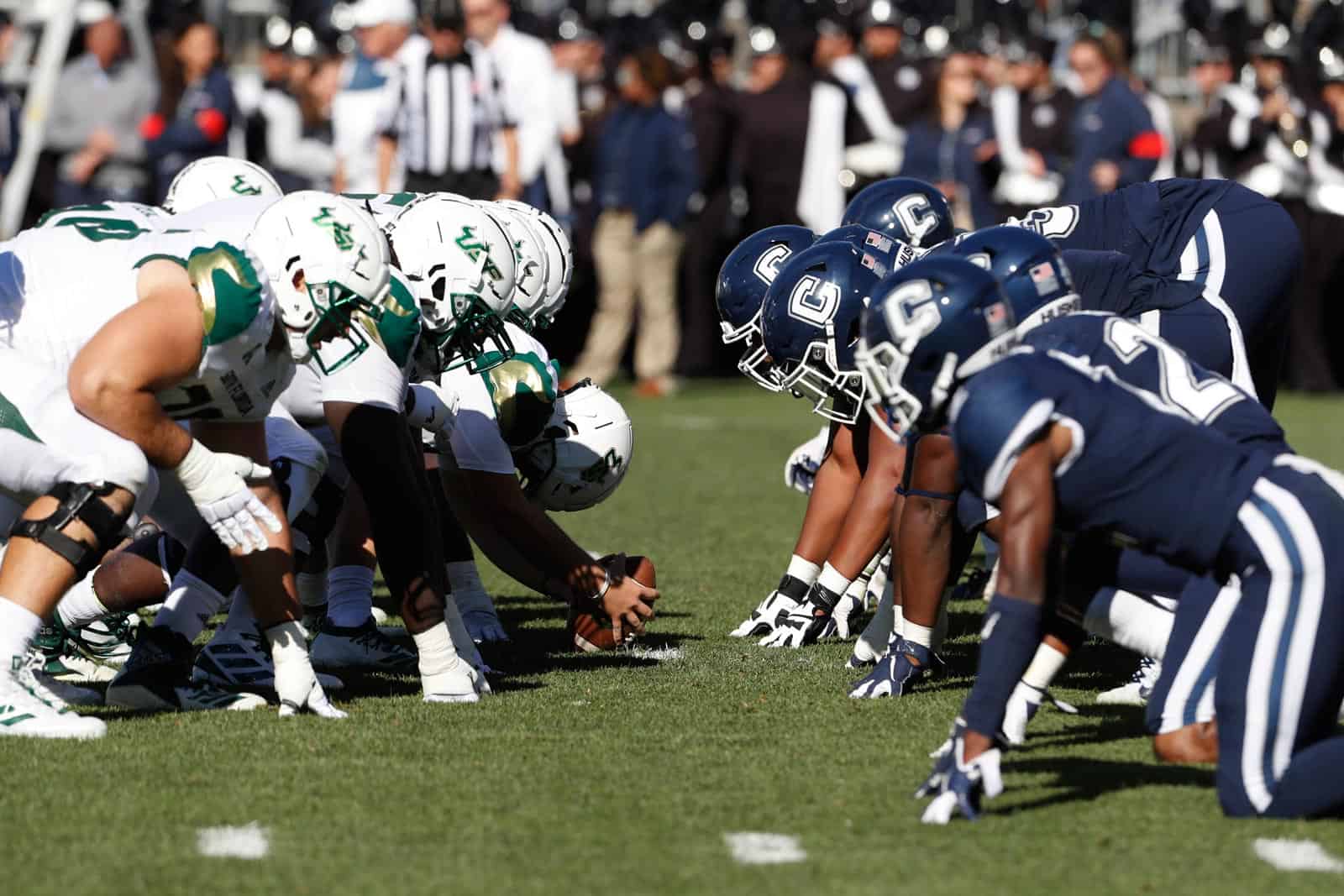 The UConn Huskies and the USF Bulls have scheduled a home-and-home football series for the 2023 and 2028 seasons, FBSchedules.com has learned.

In the first game of the series, UConn will host USF at Pratt & Whitney Stadium at Rentschler Field in East Hartford, Conn., on Saturday, Oct. 21, 2023. The series will conclude five seasons later when the Huskies travel to take on the Bulls at Raymond James Stadium in Tampa, Fla., on Saturday, Sept. 2, 2028.

UConn and USF first met on the gridiron in 2000 and have played 17 games overall. The Bulls have won eight consecutive games against the Huskies, including a 48-22 victory in their most recent matchup in 2019, and now lead the series 12-5.

UConn, currently a Football Bowl Subdivision (FBS) Independent, now has 10 games scheduled for the 2023 season and seven for the 2028 season.

The USF Bulls previously announced a full non-conference schedule for the 2023 season, which consisted of games at home against Florida A&M (Sept. 9) and Alabama (Sept. 16) and road games at WKU (Sept. 2) and BYU (Oct. 28). One of those games will have to be canceled or postponed, and it will most likely be the contest at BYU since the Cougars are joining the Big 12 in 2023.

USF’s 2028 slate also includes a road game at the Miami Hurricanes on Sept. 9.

Let’s NOT call this one…
.
“USeFuL CONfliCT” :)
.
Or maybe they should and have fun.