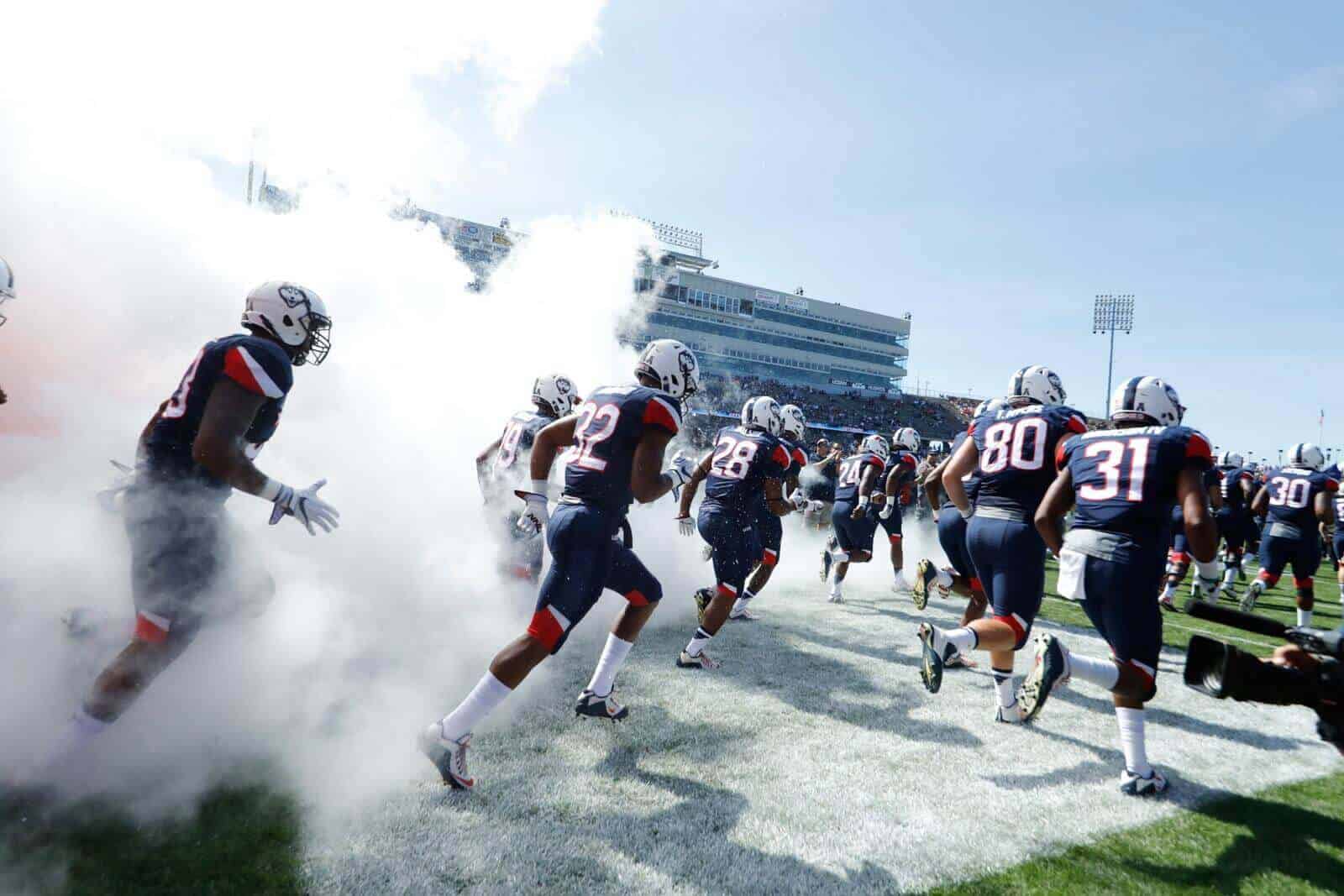 The speculation we shared earlier in the week is now official:  UConn has departed the American Athletic Conference to return to the Big East.

The American made official the announcement earlier Thursday, through this statement from the league office:

The Hartford Courant reported Thursday that UConn is “committed” to football, and would continue to explore its affiliation options. This report comes on the heels of a Thursday press conference at Madison Square Garden to announce the move.

“That’s where it’s gotta start,” UConn Athletic Director David Benedict said in the report, addressing the need to have further discussions with AAC Commissioner Mike Aresco. “There are gonna be a lot of things that happen after that, but that’s where it has to start. And based on what comes of that conversation, we’ll know what the next steps are.”

Those next steps likely include either football-only existence in the AAC, another FBS home as either an independent or affiliated school, or a drop to FCS. The drop to FCS did not seem likely in reported comments from Benedict.

“We’re committed to Division I football,” he said. “We brought Randy [Edsall] back. We certainly had no idea this was going to come about, but there’s no better person to take us through this transition.”

The school indicates that a final decision should be made in “a few weeks”.

UCONN football is a pathetic joke. Please drop down. UCONN are even worse than Rutgers and that is saying alot.