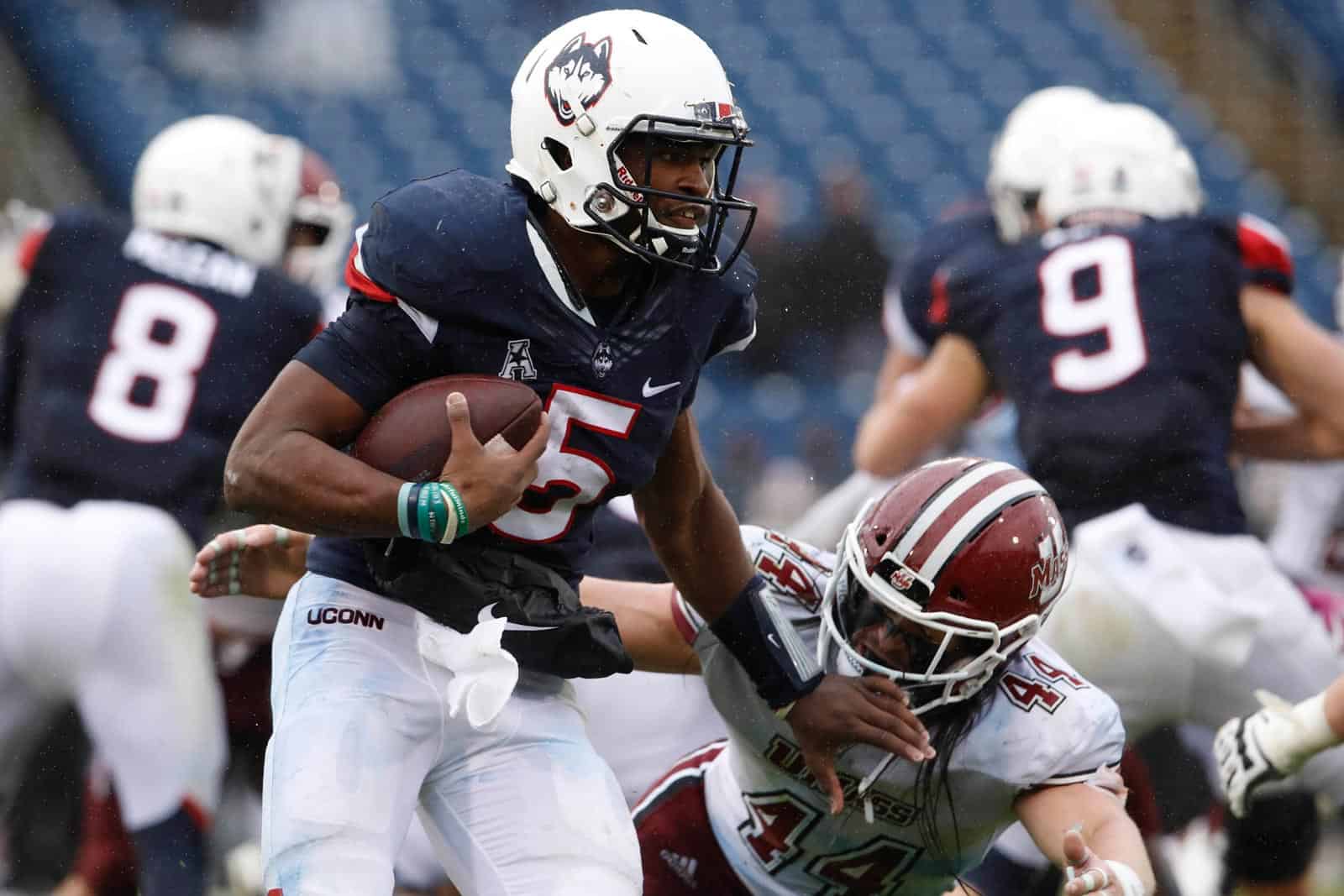 The UConn Huskies have added games against the Central Connecticut Blue Devils and the Lafayette Leopards to their future football schedules, FBSchedules.com has learned.

Copies of contracts for two games each with both Central Connecticut and Lafayette were obtained from the University of Connecticut via a state public records request.

UConn will host Central Connecticut at Rentschler Field in East Hartford on Sept. 3, 2022 and then again three seasons later on Aug. 30, 2025. The Huskies will pay the Blue Devils guarantees of $275,000 for both the 2022 and 2025 contests, according to the copies of the contracts.

In their most recent meeting in 1995, UConn defeated Central Connecticut 54-9. The Huskies also defeated the Blue Devils in 1986 and 1989 and lead the overall series 3-0.

In their first and only meeting on the gridiron back in 1984, UConn traveled to Easton, Pennsylvania, and fell to the Leopards 20-13.

Yesterday, the UConn Huskies officially announced that they will depart the American Athletic Conference following the 2019-20 season. The Huskies will return to the Big East Conference next summer in all sports except football, where they will most likely compete as a Football Bowl Subdivision (FBS) Independent.

Any thoughts on potential games if UConn is playing as an independent in 2020? Seems like an awfully short turn around to fill 8 slots.

Agreed….this is going to be a scheduling nightmare even if they do join another league….this doesn’t seem to be a well thought out exit,does it?

Idaho was able to do it on shorter notice than this, and they arguably were in worse shape–the Kibbie Dome isn’t really an ideal place to set up a home schedule as an independent.

Didn’t Idaho go FCS? UConn’s problem isn’t so much a “home” schedule as it is a schedule unless it decides to schedule more than 1 FCS opponent. I wonder how many, if any, American opponents will continue to play UConn?

(* yet to announce a non conference game versus P5 opponent)

I have to imagine there is a small possibility of keeping an AAC team or two on the schedule and play as a non conference tilt – but they would likely have to travel to do so.

Also UCLA has a Hawaii waiver available for 2020

UCLA would not waste their time on UCONN football and UCONN probably is not interested in getting hammered at the Rose Bowl.

What’s the chance of getting a home and home series with UCF and/or Boise St?

Your schedule looks ideal. UCONN had a home and home with Boise a couple years ago.

They also play ARMY quite a bit since they are local. I could see them paying a small G5 school a good chunk of money for a home game.