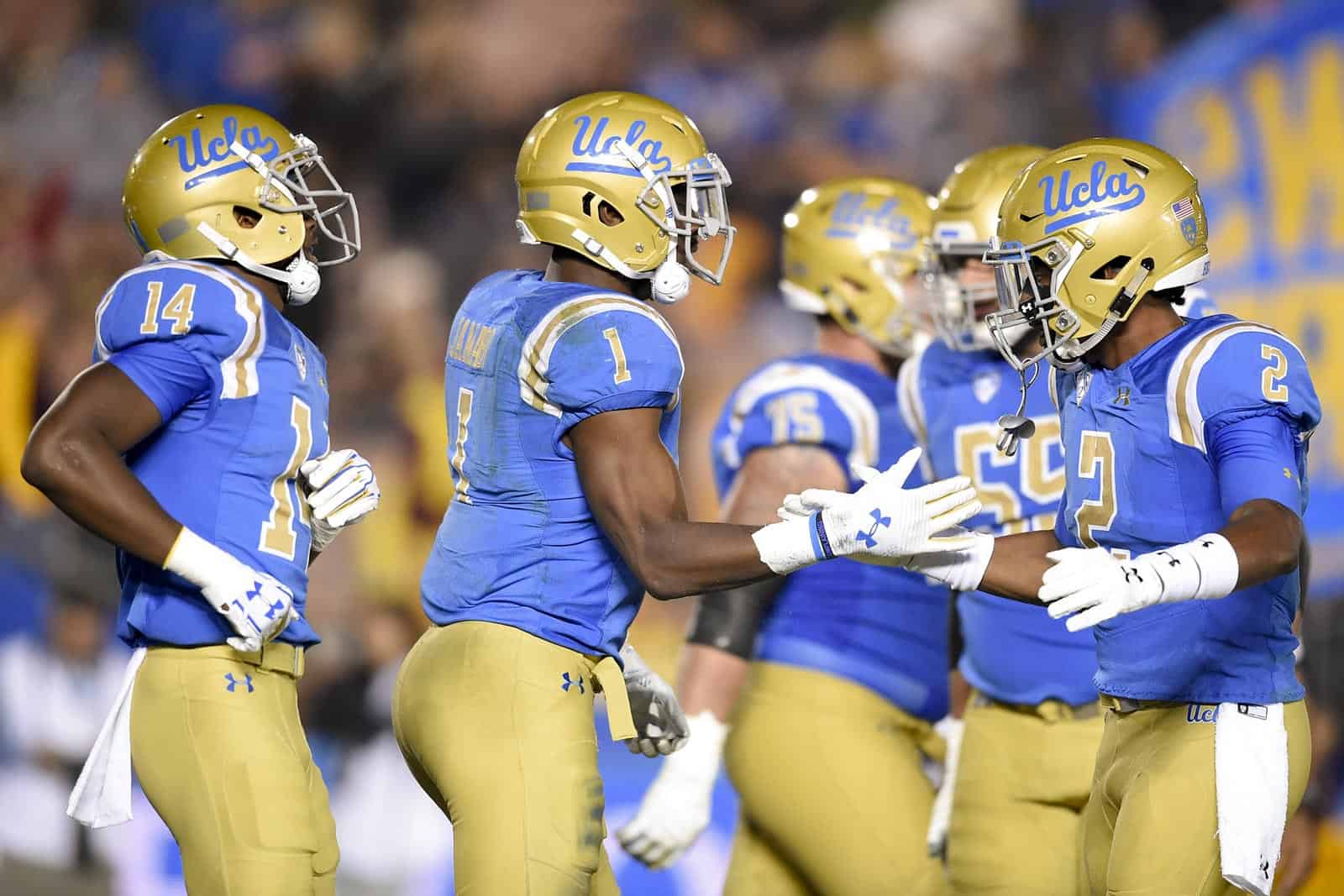 The UCLA Bruins have added the New Mexico State Aggies and the Hawaii Rainbow Warriors to their future football schedules, the school announced on Thursday.

UCLA will open the 2020 season at home against New Mexico State on Saturday, Aug. 29 (Week Zero). UCLA and New Mexico State both play at Hawaii that season, which allows each of them to play in Week Zero and to schedule a 13th game if desired.

In their first and only meeting on the gridiron, UCLA defeated New Mexico State 59-13 in Pasadena in 2013.

“Playing on zero week is great for exposure and motivates players all summer,” NMSU head football coach Doug Martin said. “We look forward to playing against a historic program like UCLA.”

UCLA and Hawaii will play a three-game, two-for-one football series. UCLA will travel to face Hawaii at Aloha Stadium in Honolulu on Sept. 5, 2020. The Bruins will then host the Rainbow Warriors at the Rose Bowl on Aug. 28, 2021 (Week Zero) and again on Sept. 18, 2027.

To make room for the UCLA game in 2020, Hawaii pushed back their home contest against New Mexico State from Sept. 5 to Oct. 10.

UCLA has also scheduled a home-and-home series with the Auburn Tigers. UCLA will host Auburn on Sept. 4, 2027 and will travel to face the Tigers on Sept. 2, 2028.