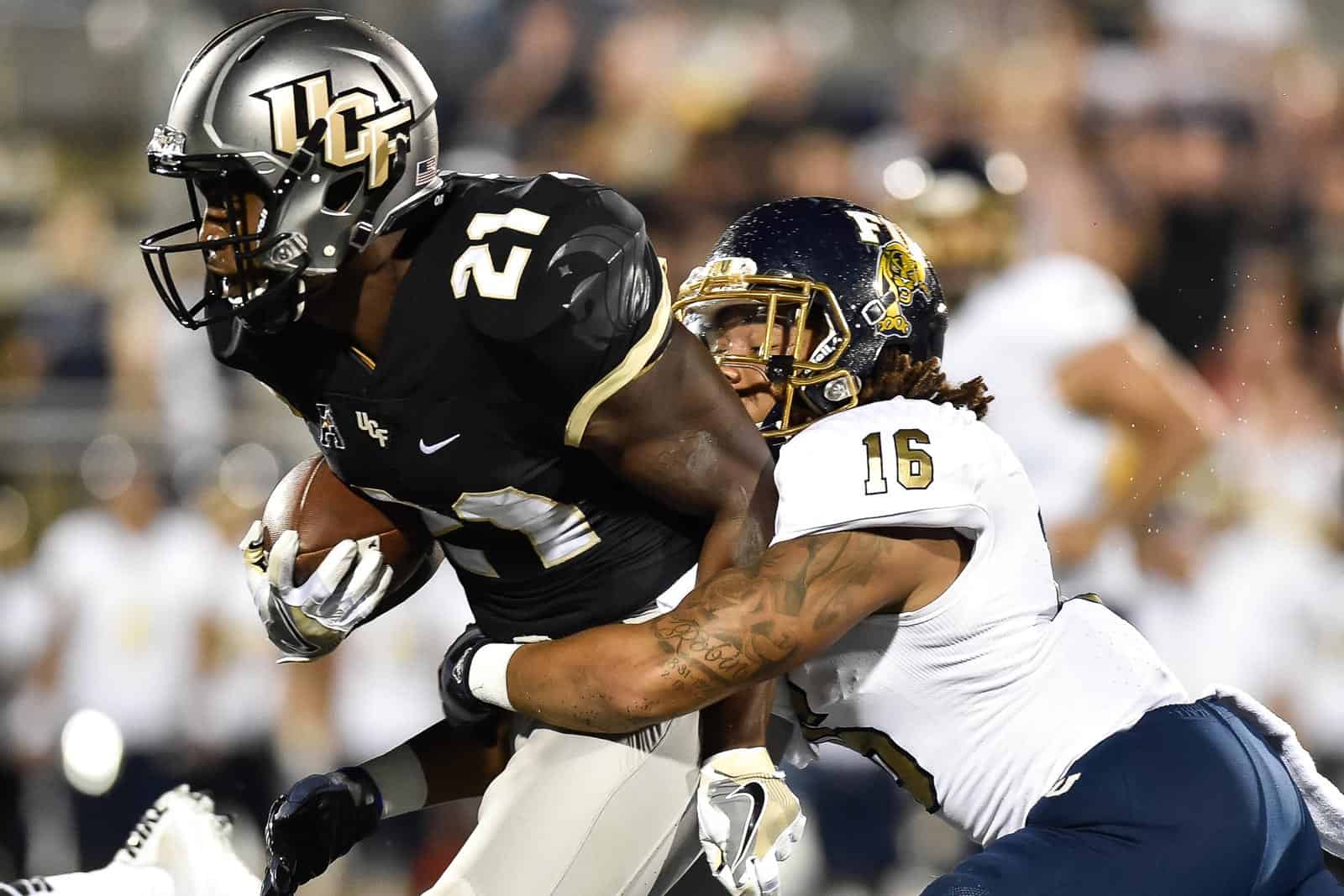 The UCF Knights and the FIU Panthers have scheduled a home-and-home football series for 2020 and 2022, according to a report by Brett McMurphy of Stadium.

UCF will host the first game of the series at Spectrum Stadium in Orlando, Florida, in 2020. The series will conclude at FIU’s Riccardo Silva Stadium in Miami, Florida, two seasons later in 2022.

Despite being in the same state, UCF and FIU have only met six times on the gridiron. The Knights currently lead the series 4-2 after consecutive blowout victories in 2016, 53-14 in Miami, and in 2017, 61-17 in Orlando.

After news of the series broke, USA TODAY Sports national reporter Dan Wolken mocked the scheduling of the series, prompting a response from UCF Director of Athletics Danny White.

Just seeing this. Disappointed in you Dan. You took your shot, hope you get a lot of clicks – congrats! We have been very clear about our scheduling philosophy. We don’t believe in inequitable scheduling. Our program has accomplished far too much to have to do that. https://t.co/b9AQccEGDr

FIU is the third scheduled non-conference opponent for UCF for the 2020 season. The Knights are scheduled to open the season on Sept. 5 at home against North Carolina and travel to take on Georgia Tech two weeks later on Sept. 19.

UCF’s fourth and final non-conference opponent for 2020 will likely be an opponent from the Football Championship Subdivision (FCS). However, with UConn going Independent next season, a Huskies-Knights matchup is certainly possible.

FIU is also the third known non-conference opponent on UCF’s 2022 football schedule. The Knights are also slated to host Louisville on Sept. 17 and Georgia Tech on Sept. 24 that season.

FIU’s 2020 non-conference schedule is also nearly complete with three opponents. In addition to playing at UCF, the Panthers are scheduled to travel to both Liberty on Sept. 26 and UMass on Oct. 24.

Similar to UCF, FIU will likely schedule an opponent from the FCS to round out their 2020 slate, but UConn is also an option.

The Knights are the second scheduled opponent for FIU in 2022, joining a home contest against Liberty on Oct. 8.

FIU has officially announced the series with UCF.

“We’re pleased to renew this series with UCF and continue the history between our two schools on the football field,” Head Football Coach Butch Davis said. “This game will not only bolster our schedule with another Power 6 foe, but also excite the two fan bases at FIU and UCF. We’re also happy to keep a non-conference in-state opponent on our schedule and continue to showcase the great football being played here in Florida.”

Dan Wolken clearly doesn’t check out this site. Including this season UCF has 9 upcoming games scheduled vs P5 schools, compared to 4 vs G5/FCS.

A better home & home for UCF would be against Boise State!