Tarleton State to play at TCU in 2022, one season later than they desired 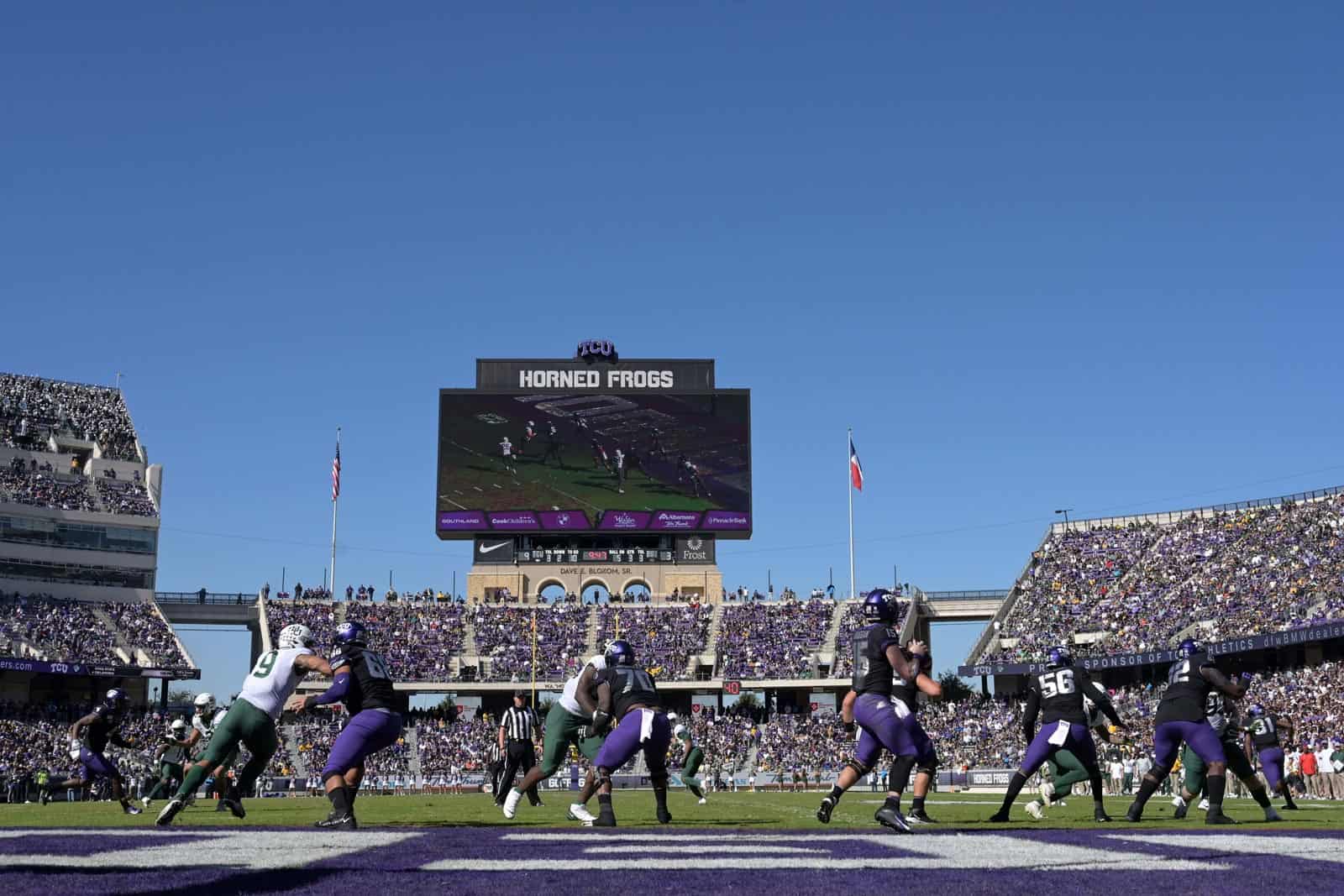 The Tarleton State Texans will play at the TCU Horned Frogs in 2022, FBSchedules.com has learned.

A copy of the game contract and an amendment were obtained from Tarleton State University via a state of Texas Public Information Act request.

Tarleton State and TCU originally signed a contract in November to play at Amon G. Carter Stadium in Fort Worth, Texas, on September 4, 2021. However, the game was subject to Tarleton State satisfying the requirements of NCAA bylaw 18.7.2.1.1, as indicated below:

According to a letter sent from TCU to Tarleton State, the NCAA determined that Tarleton State will not meet the requirements of bylaw 18.7.2.1.1 in 2021. Additionally, the letter stated that a waiver request for relief submitted by TCU was denied by the NCAA.

Tarleton State sent a letter to the NCAA in support of the waiver request, a copy of which was also obtained by FBSchedules.com. Among their reasons in support for the waiver were the proximity of Tarleton State to TCU, that Tarleton has a satellite campus in Ft. Worth, and that the game guarantee would provide financial assistance while they transition from Division II.

Since Tarleton State will not meet the requirements of NCAA bylaw 18.7.2.1.1, TCU would not be able to count a victory over Tarleton State towards bowl eligibility that season.

As a result of the NCAA’s ruling, TCU opted not to cancel the game but instead chose to reschedule it to September 10, 2022. TCU will pay Tarleton State a $550,000 guarantee for the contest, per the terms of the original contract.

The 2022 game at TCU is now set to be Tarleton State’s first-ever game against a Football Bowl Subdivision (FBS) opponent.

Tarleton State is moving up to the Football Championship Subdivision (FCS) from Division II and will compete as an Independent beginning with the 2020 season. The Texans have also recently scheduled games at Texas Tech in 2023, and at Texas A&M in 2025.

TCU now has two scheduled non-conference games for the 2022 season. The Horned Frogs are scheduled to open the season on the road at Colorado on Sept. 3.

Would the same apply to Dixie State? Same transition situation, and they play @ New Mexico State in 2021.

Yes, it should. That game might get postponed. In a release yesterday, Dixie State mentioned the game but indicated it was tentative.