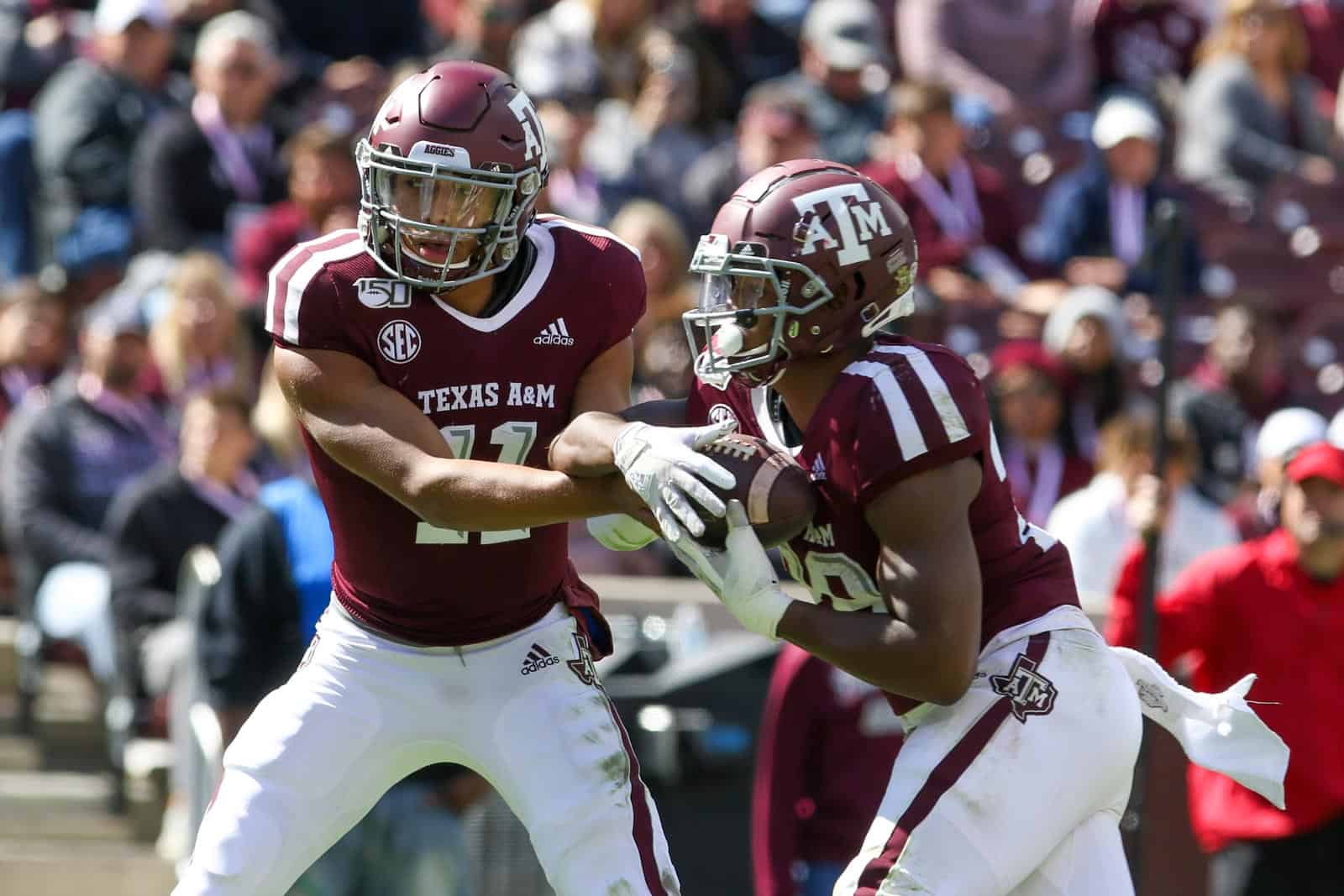 The Texas A&M Aggies have added Tarleton State and New Mexico to their future football schedules, FBSchedules.com has learned.

Copies of contracts for contests with both Tarleton State University and the University of New Mexico were obtained from Texas A&M University via a state of Texas Public Information Act request.

Texas A&M will host the Tarleton State Texans at Kyle Field in College Station, Texas, on Nov. 22, 2025. The Aggies will pay the Texans a $500,000 guarantee for playing the game, according to the copy of the agreement.

Tarleton State is moving up to the Football Championship Subdivision (FCS) from Division II and will compete as an Independent beginning with the 2020 season. The Texans recently scheduled a 2023 contest at Texas Tech, which is currently set to be their first-ever game against a Football Bowl Subdivision (FBS) opponent.

Tarleton State is the second scheduled non-conference opponent for Texas A&M in 2025. The Aggies are also scheduled to play at Notre Dame on Sept. 13, which is the second game of a home-and-home series that begins on Aug. 31, 2024 in College Station.

The New Mexico Lobos will travel to take on Texas A&M at Kyle Field on Sept. 18, 2027. According to the copy of the agreement, Texas A&M will pay New Mexico a $1.7 million guarantee for the game.

The two schools have a previously announced agreement to meet at Kyle Field on Sept. 2, 2023. New Mexico will receive a $1.6 million guarantee for that contest.

Texas A&M and New Mexico first met on the gridiron in 1926 and have played a total of four contests. The Aggies won the most recent meeting in 2017 in College Station, 55-14, to extend their lead in the overall series to 4-0.

New Mexico is the second non-conference opponent added to Texas A&M’s schedule for the 2027 season. One week prior to hosting the Lobos, Texas A&M is slated to play at Arizona State (Sept. 11).

Texas A&M is the third scheduled opponent for New Mexico in 2027. The Lobos are scheduled to play at Oregon State on Sept. 11 and will host their in-state rival New Mexico State on a date to be determined.