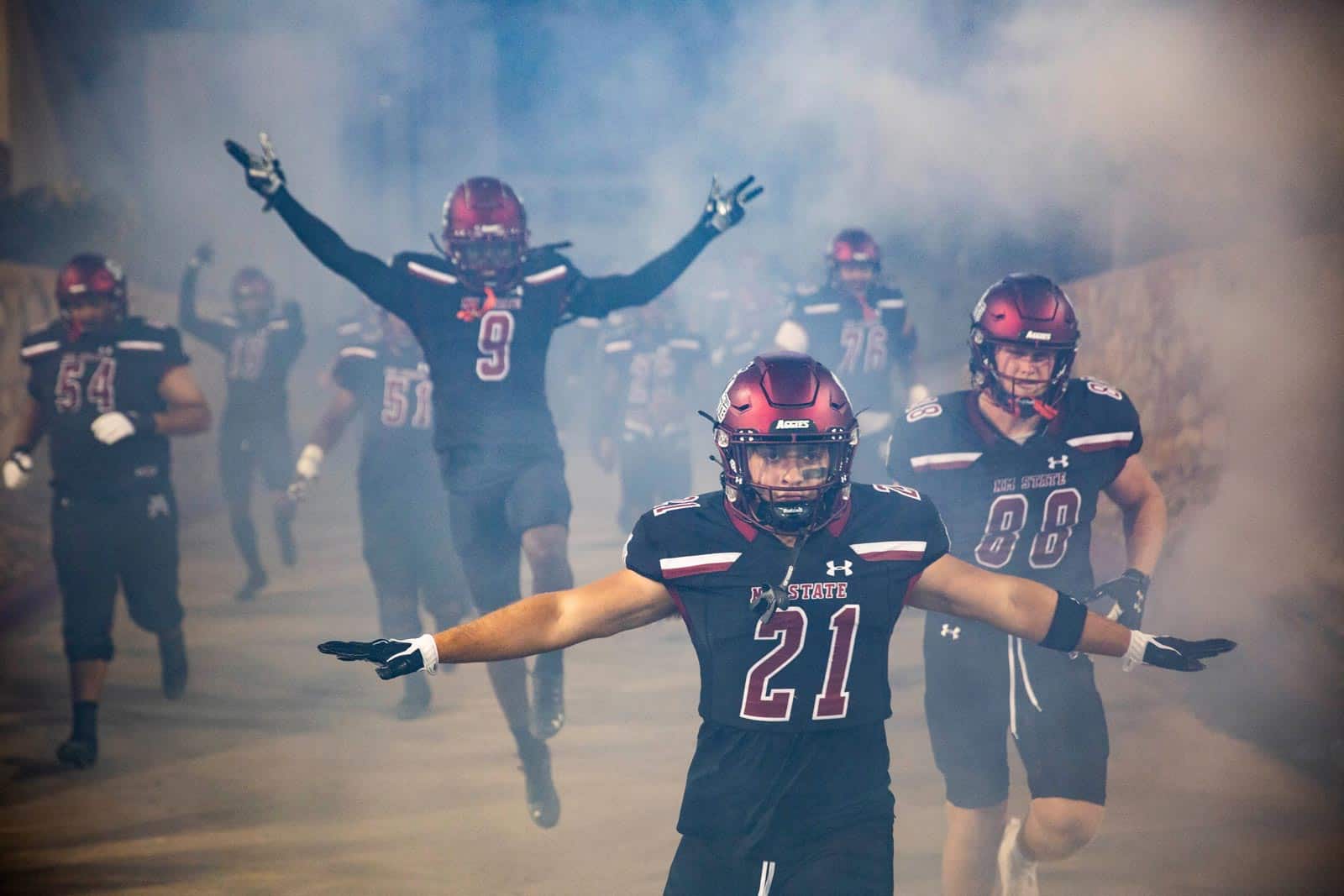 The New Mexico State Aggies are bowl eligible following a decision by the NCAA on Thursday, the school has announced.

New Mexico State filed for a waiver with the NCAA to allow them to play in a postseason bowl game this season, which was initially reported by Brett McMurphy of The Action Network.

The Aggies upset the Liberty Flames on the road on Saturday, 49-14, to finish the regular-season at 5-6, just one victory short of bowl eligibility. The Aggies played one less game than the NCAA maximum of 12 after their October 22nd contest at home against the San Jose State Spartans was canceled following the tragic death of Spartan running back Camdan McWright the day before the game.

New Mexico State reportedly reached out to several teams to play in attempt to get that additional win, but were unsuccessful. Teams that were contacted include Nevada and Wyoming, and Virginia Tech.

The Aggies did end up with a 12th regular-season contest as they will take on the Valparaiso Beacons on Saturday, Dec. 3. New Mexico State already played a Football Championship Subdivision (FCS) opponent this season, so this game does not count towards bowl eligibility. Additionally, Valparaiso plays in the non-scholarship Pioneer Football League, so the game wouldn’t count anyway.

With the waiver, New Mexico State will now compete in a bowl game for the first time since the 2017 season. It will mark the first bowl under first-year head coach Jerry Kill and only the fifth bowl appearance for the program.

I now wonder whether NMSU sues SJSU for breach of contract over backing out of the agreement to make up their game.

They can also just reschedule the game for a future season.

They didn’t break the contract just to break it. They had a player die the week leading up to the game. Would be a shitty move on the part of New Mexico St. to sue because SJSU was grieving.

I understand the reason for calling off the game in the first place but after SJSU failed to qualify for their conference’s title game there was no reason the game could not be played.

Numerous games postponed for various reasons in the past had been able to be made up because the participants did not qualify for a CCG.

So NMSU has precedent on their side.

I’d like to see the Arizona Bowl pick NMSU and San Jose State.It would be interesting conversation before the bowl game.

Good for them! Wonder which bowl they’ll end up in.

Brett McMurphy projects NM State to play Southern Miss in the LendingTree Bowl in Mobile, Ala.

New Mexico State will win no doubt. Rice will make a bowl based on APR no matter what happens with Buffalo. UNLV needs a Buffalo loss to make a bowl having the next best APR of 5-7 teams.

Incidentally, Valparaiso’s non-football sports, which currently primarily compete in the MVC, could be involved in conference realignment soon.

This new conference would be an effort to create a mostly Midwestern basketball conference with comparable strength to the Big Ten, and could replace such on ESPN.

Butler and Dayton incidentally also play football in the PFL.

You are funny! LOL!

Are You listening to what you’re reading by Z-Man? You don’t write like you’re listening.

What Z-man says in his response to your “They didn’t break the contract to break it.” is…

SJSU Spartans agreed to make up the Game if they weren’t in the MW championship Game.

The 3rd or 4th Weeks’ losses to SDSU or USU eliminated them from the MW Championship.

Before they ever played Hawai’i on November 26 they schedule their agreed upon plan with NMSU Aggies to play in New Mexico on the 1st Weekend of December 2022.

They are even more prepared for their upcoming Exhibition which won’t be more than 2-2.5 Weeks later in the 3rd Week of December.

“Numerous games postponed for various reasons in the past had been able to be made up because the participants did not qualify for a CCG.”

The SJSU Spartans were not grieving , canceling any Games with , U.Nevada, CSU, SDSU, USU, U.Hawai’i or their Mid-December Exhibition Foe.