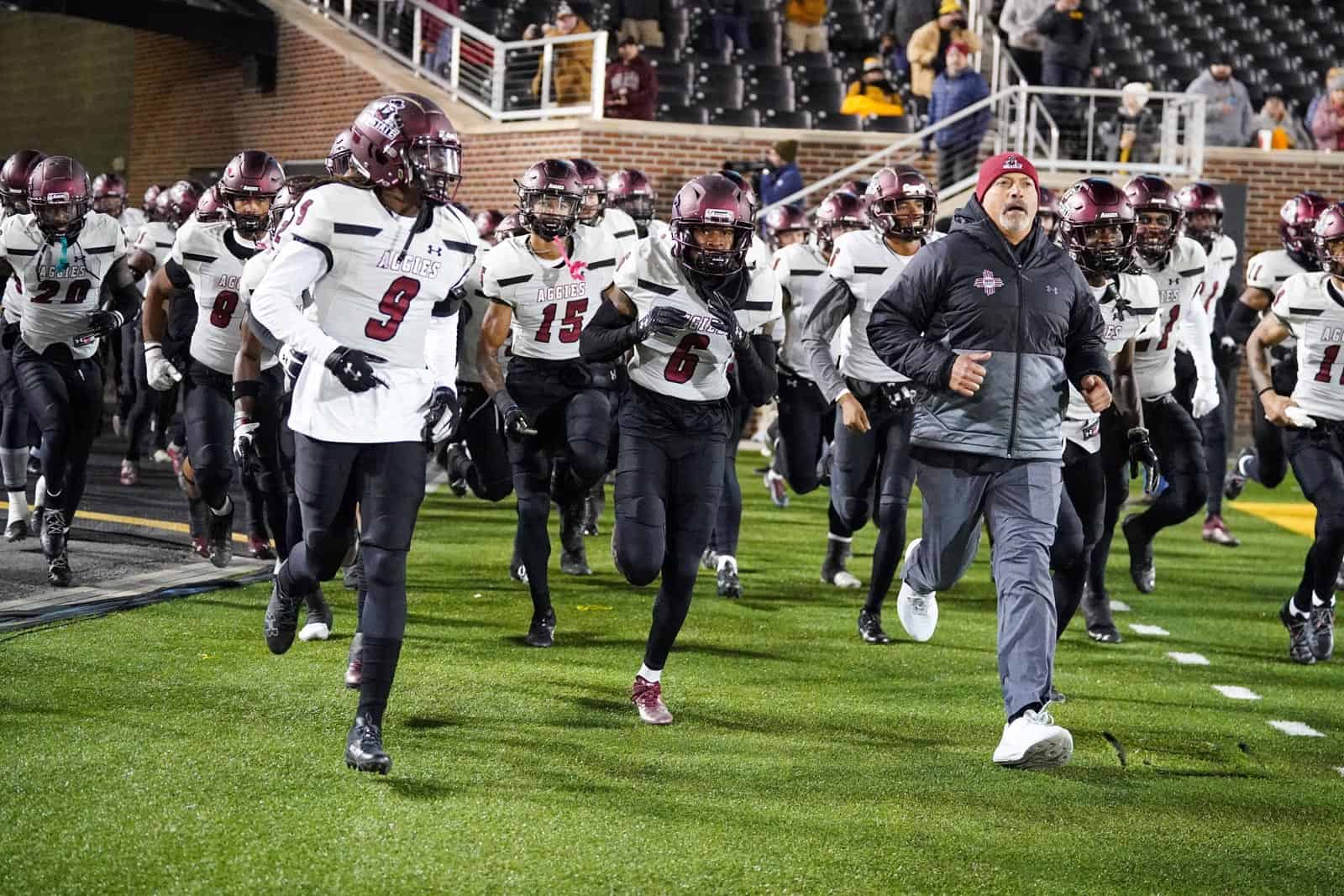 The New Mexico State Aggies have added the Valparaiso Beacons to their 2022 football schedule, the school announced on Tuesday.

“When we got the phone call that New Mexico State was interested in the game, we knew this was a great opportunity for our program,” Valparaiso head coach Landon Fox said. “We talk to our team about how we’re going to play anybody, any place, any time. If you live by that motto and that’s something you believe in, it makes it a very easy decision when you get that phone call. If you have the opportunity to win the Pioneer Football League and get into postseason play, this gives you a preview of how you do it. Hopefully the opportunity to play in the FCS Playoffs comes for us sooner rather than later, and this gives us a way to prepare for that.”

The Aggies added the home game against Valparaiso after their contest against the San Jose State Spartans was canceled earlier this season due to the death of Spartan freshman running back Camdan McWright. New Mexico State reportedly reached out to other schools in search of a replacement game, including Nevada, Wyoming, and Virginia Tech.

New Mexico State, currently 5-6 overall, has already played a Football Championship Subdivision (FCS) opponent this season. Therefore, the game against the Valparaiso Beacons will not count towards bowl eligibility, but will allow the Aggies to play a sixth home game and have a Senior Day.

Since Valparaiso has already played 11 games this season, the NCAA had to approve a waiver in order for the game with New Mexico State to take place.

According to a report from Brett McMurphy, New Mexico State has also filed a waiver to compete in a post-season bowl game this season. The result of that filing has not yet been announced.

As it is, scheduling non-scholarship FCS opponents is very risky for FBS teams to do even if they don’t schedule any other FCS opponents because they don’t count towards bowl eligibility no matter what.

Wonderful for NMSU Aggies to have a Senior Day!

These Players & Coaches have been playing/ coaching in obscurity.

Then SJSU Spartans ask for their away Game @ NMSU to be postponed because of their Player’s Death the Day before the Game.

NMSU does the right thing in accepting San Jose State U.’s pledge to make up the Game.

SJSU goes silent on playing their Game @ the Aggies.

SJSU kicks NMSU’s Program while they’re down because SJSU is inconvenienced to play the last Week of the 2022 Season.

SJSU Athletics Actions = We’ve got our Bowl eligibility, we’ve got a Conference, we have Zero commitment, zero accountability to our agreement to make up this away Game.

SJSU Spartan’s Reject NMSU Aggies Existence as a 1A Program.

Well it’s no surprise Nevada said no. They opened up the year against each other.

This is really just a chance to have a Senior Day and one more home game for revenue. Hopefully NMSU fans will come to the game to support the seniors and the program.

It is because of non-scholarship programs not counting towards bowl eligibility that several FBS teams canceled games against Presbyterian after they announced a transition to non-scholarship football.

Presbyterian canceled ALL their games in advance of moving down. Before the FBS programs had a chance to cancel. Cancellation policy is written into all game contracts for FBS vs FCS games. Same thing happened to Savannah State before they moved down to Div II. Army plays Dartmouth and Marist and neither of those games count towards bowl eligibility.

HTK, if you don’t understand why SJSU canceled, then you are not very understanding.

Did You even read my 6th, 7th & 8th Sentences above?
Starting with “Then SJSU Spartans ask for… ending with “…playing their Game @ the Aggies.”

I’m “not very understanding” of San Jose STATE U. Spartans not playing their makeup Game 6 Weeks after their postponement when 2 or 3 Weeks before this Week they knew they were not playing in the championship Game VS Boise State U. Broncos.

I’m not “understanding” of a reneged postponement Agreement.

I do understand, but now I wonder if NMSU files a breach of contract lawsuit against SJSU for reneging on making up the game.