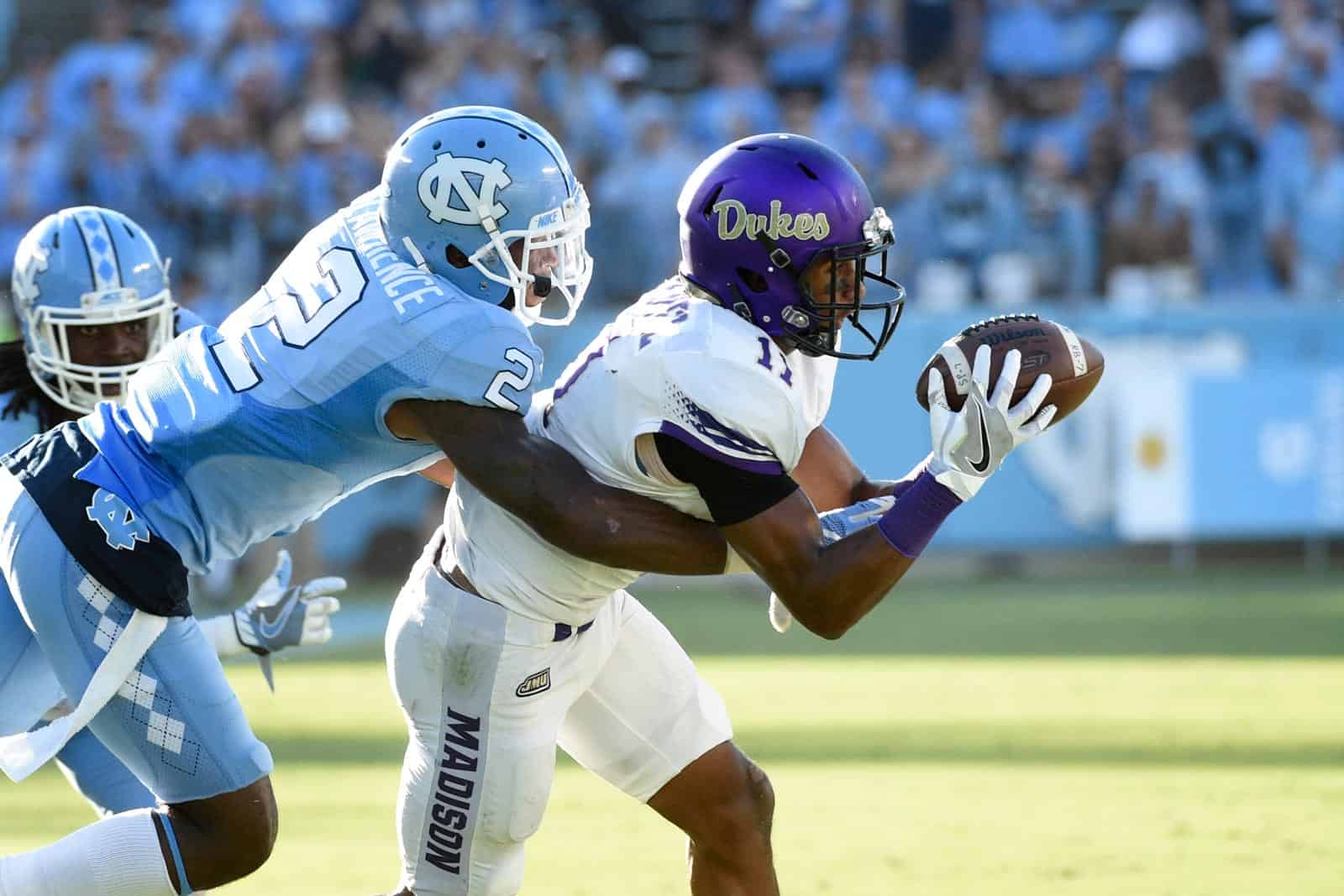 The James Madison Dukes were set to take on the North Carolina Tar Heels in 2020, but the novel coronavirus 2019 (COVID-19) pandemic thwarted that contest and many others.

According to James Madison’s official athletics website, the Dukes will now travel to take on the Tar Heels at Kenan Memorial Stadium in Chapel Hill, N.C., on Saturday, Sept. 23.

James Madison was set to receive a $600,000 guarantee for the game, according to a copy of the contract we obtained from UNC via a past public records request. With the contest postponed eight years, it’s likely that the guarantee will be increased.

North Carolina and James Madison first met on the gridiron in 2007 and have played three games overall. UNC won the last matchup 56-28 in 2016 to extend their series lead to 3-0.

The Tar Heels now have two non-conference contests scheduled for the 2028 season. UNC is also scheduled to play at Liberty on Sept. 16, which is part of a three-game football series that includes games in Chapel Hill in 2024 and 2031.

North Carolina is the first scheduled non-conference opponent for James Madison in 2028. The Dukes can add two additional opponents to go along with their eight CAA opponents.

North Carolina is scheduled to open the 2020 season on Saturday, Sept. 12 at home against Syracuse. James Madison will not play this fall after all 13 FCS conferences elected to postpone their seasons.