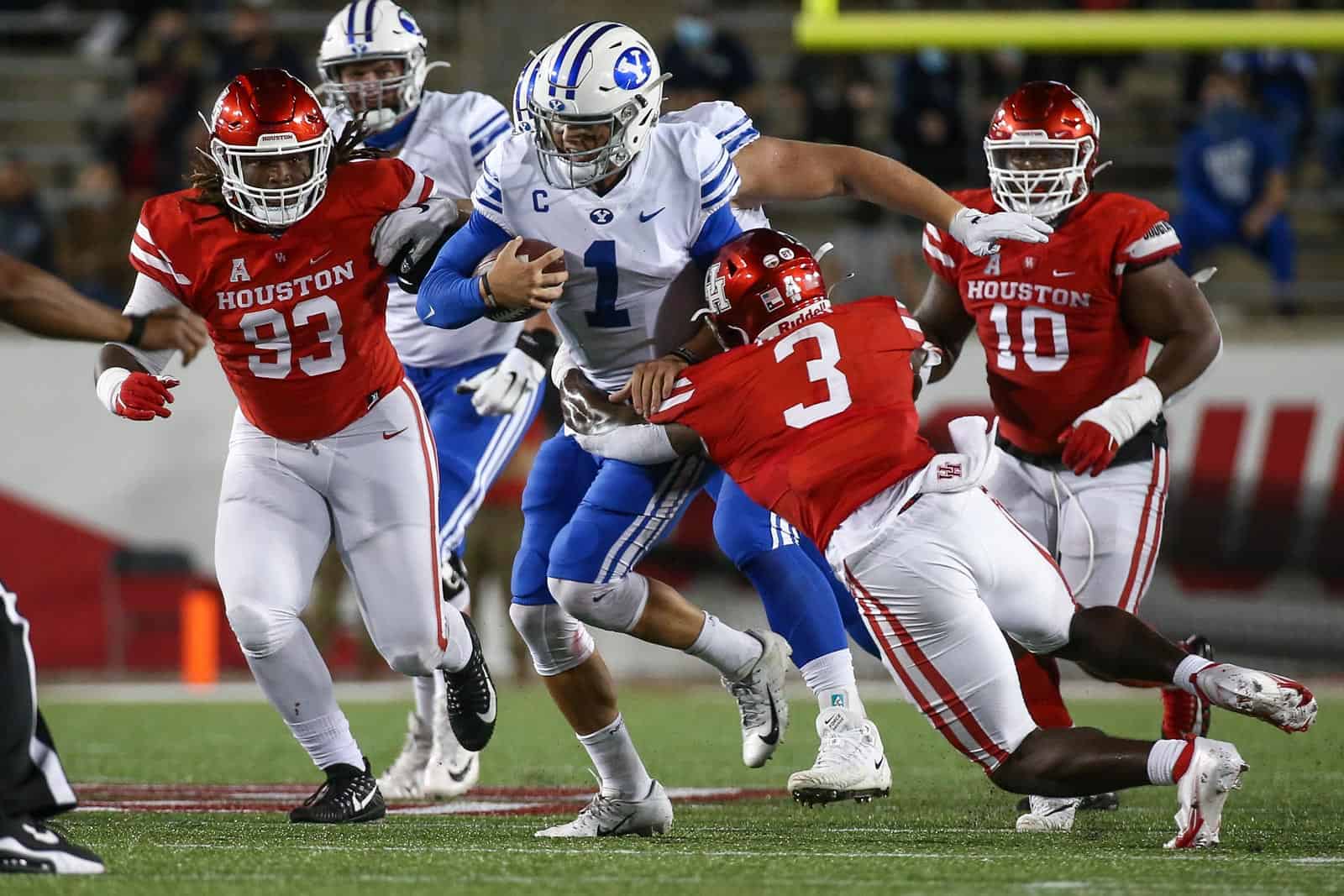 The Houston Cougars will play at the BYU Cougars in 2028, FBSchedules.com has learned.

Houston and BYU scheduled a home-and-home football series back in 2017. The series was originally slated to begin at LaVell Edwards Stadium in Provo on Oct. 16, 2020 with the return game taking place at TDECU Stadium in Houston, Texas, on Oct. 7, 2023.

However, the novel coronavirus 2019 (COVID-19) pandemic took hold in the United States and forced a change. Houston and BYU still met this season, but the location of the game was changed from Provo to Houston. BYU won that contest, 43-26.

When the move of the 2020 contest from BYU to Houston was announced, the two schools stated that the return game to Provo would not be in 2023, but rather a future season to be determined.

According to a copy of the contract amendment obtained from the University of Houston via a Texas Public Information Act request, we now know the date of the return game. Houston will travel to take on BYU at LaVell Edwards Stadium on Saturday, Oct. 7, 2028.

BYU is now the first scheduled non-conference opponent for Houston in 2028.

BYU, a Football Bowl Subdivision Independent, now has four known games scheduled for the 2028 season. The Cougars are also scheduled to travel to Utah on Sept. 9, host Boise State on Sept. 23, and play at Stanford on Nov. 25.