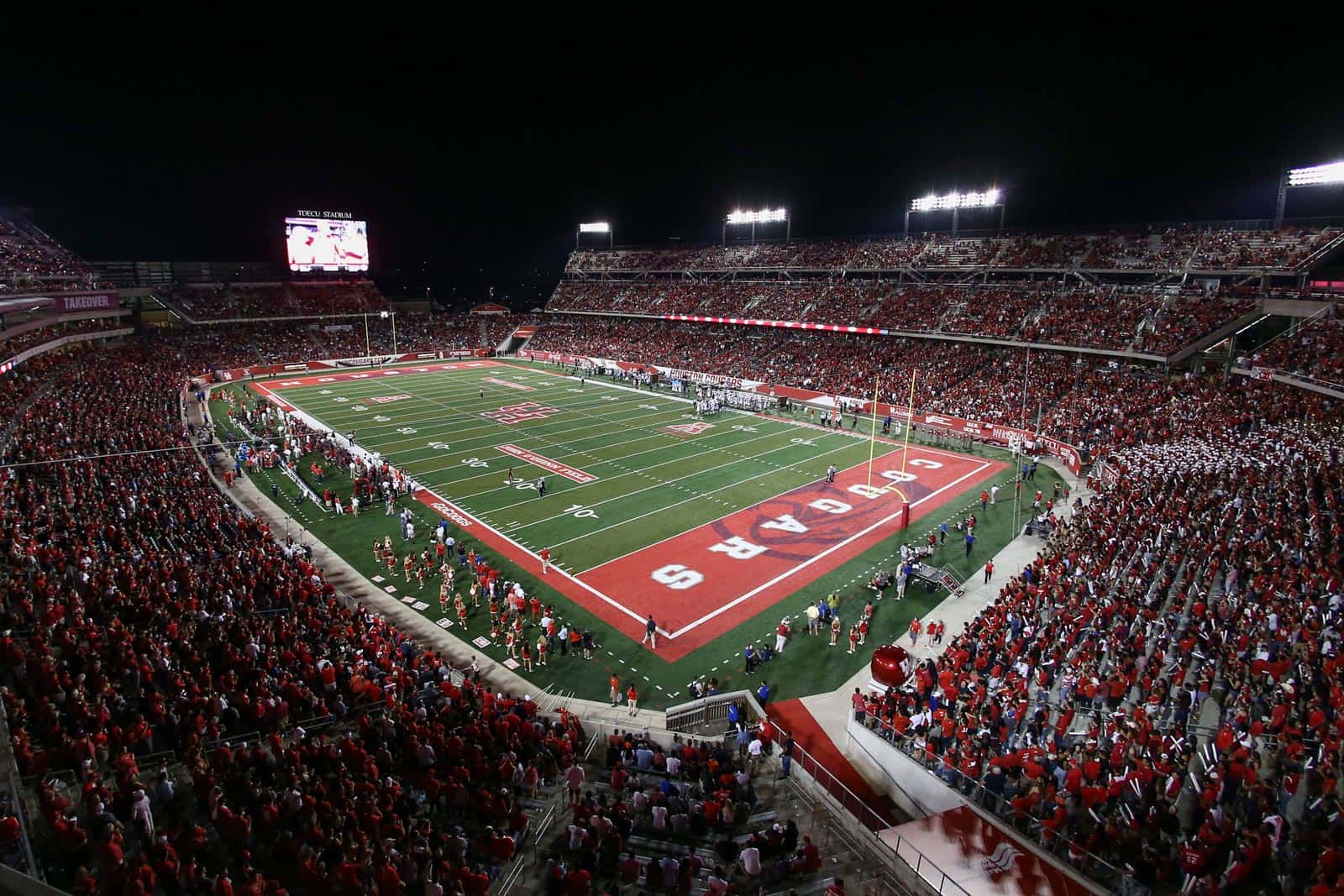 The 2020 Houston Cougars at BYU Cougars football game has been moved to TDECU Stadium in Houston, Texas, both schools announced on Friday.

Houston and BYU were originally scheduled to begin a home-and-home series this season on Friday, Oct. 16, 2020, at BYU’s LaVell Edwards Stadium in Provo, Utah. The game will be played on the same date, but now on the campus of the University of Houston. The contest will be televised by ESPN2 at 9:30pm ET/8:30pm CT.

The second game of the home-and-home series was scheduled for the 2023 season at Houston. With the move of the 2020 game, Houston will now return the trip to BYU in a future season to be announced.

The reason for the move was attributed to the novel coronavirus 2019 (COVID-19) pandemic:

After consulting with local medical professionals and team doctors regarding travel during the COVID-19 pandemic, UH approached BYU to move the game to TDECU Stadium for the 2020 season.

“We appreciate the cooperation of BYU Athletics Director Tom Holmoe to move this game to Houston for the 2020 season,” Houston Vice President for Athletics Chris Pezman said. “We are excited to add this home game to our schedule this season and look forward to traveling to Provo to continue our series with BYU in the future.”

Houston is scheduled to open the 2020 season on Friday, Sept. 18 on the road against the Memphis Tigers. BYU opens their season in three days on Monday, Sept. 7 (Labor Day) at Navy (8:00pm ET, ESPN).

Good move here on both sides.

Houston gets a nicely televised home game, and it’s not too much of a concession for BYU as the teams will be playing in relatively neutral stadiums without the fans. Good move overall to keep the game on.

UH is selling some tickets to home games

WOW BYU is playing a crazy amount of road games.

Why is BYU playing a crazy amount of road games?
And hey, doesn’t Alabama owe BYU a game in Provo? For the game Bama hosted in an expanded Bryant-Denny Stadium some years ago?

Does anyone know when sports events will once again be played before large crowds?