Hawaii to play at Washington in 2030 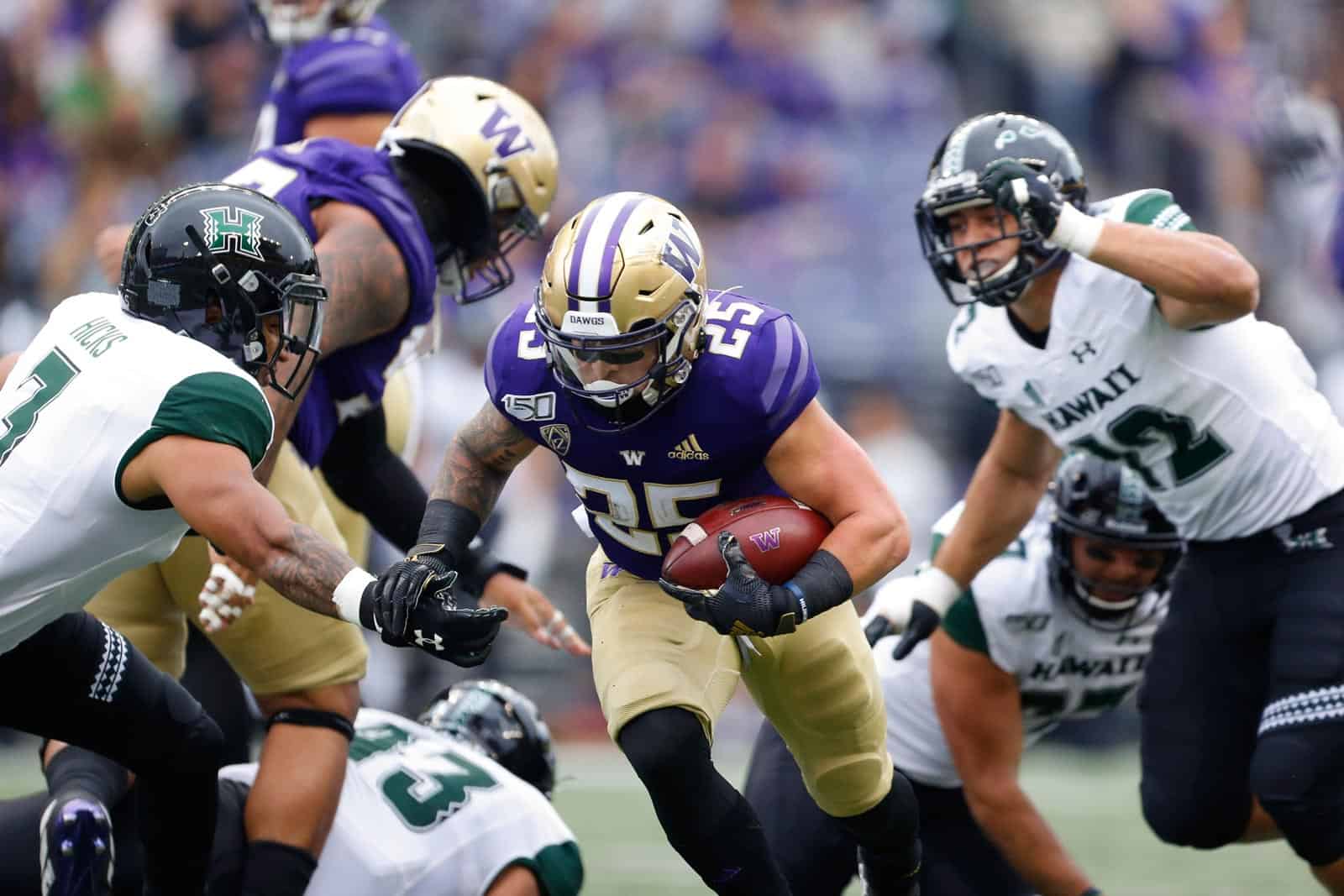 The Hawaii Rainbow Warriors will play at the Washington Huskies in 2030, FBSchedules.com has learned.

Hawaii will travel to take on Washington at Husky Stadium in Seattle, Wash., on Saturday, Sept. 14, 2030. The Rainbow Warriors will receive a $1.55 million guarantee for playing the contest against the Huskies, according to the copy of the contract.

Hawaii and Washington first met on the gridiron on January 1, 1938 in the Poi Bowl in Honolulu, Hawaii. The Huskies won that contest, 53-13. In their most recent matchup in 2019 in Seattle, Washington defeated Hawaii, 52-20, for their third consecutive victory in the series, which they also lead 4-2.

Washington is the second scheduled non-conference opponent for Hawaii for the 2030 season. The Rainbow Warriors are also slated to visit the Stanford Cardinal on Aug. 31 that season.

The Huskies also have two non-conference opponents on the books for their slate in 2030. One week prior to hosting Hawaii, the Tennessee Volunteers will visit Husky Stadium on Sept. 7.

Hawaii is 2-8 overall and 1-4 in Mountain West action so far this season. The Rainbow Warriors are next scheduled to host the Utah State Aggies on Saturday, Nov. 12 (11:00pm ET, Spectrum PPV).

Washington, ranked 25th in the latest College Football Playoff rankings, is 7-2 overall and 4-2 in Pac-12 play. The Huskies travel to take on the sixth-ranked Oregon Ducks on Saturday and the game will be televised by FOX at 7:00pm ET.