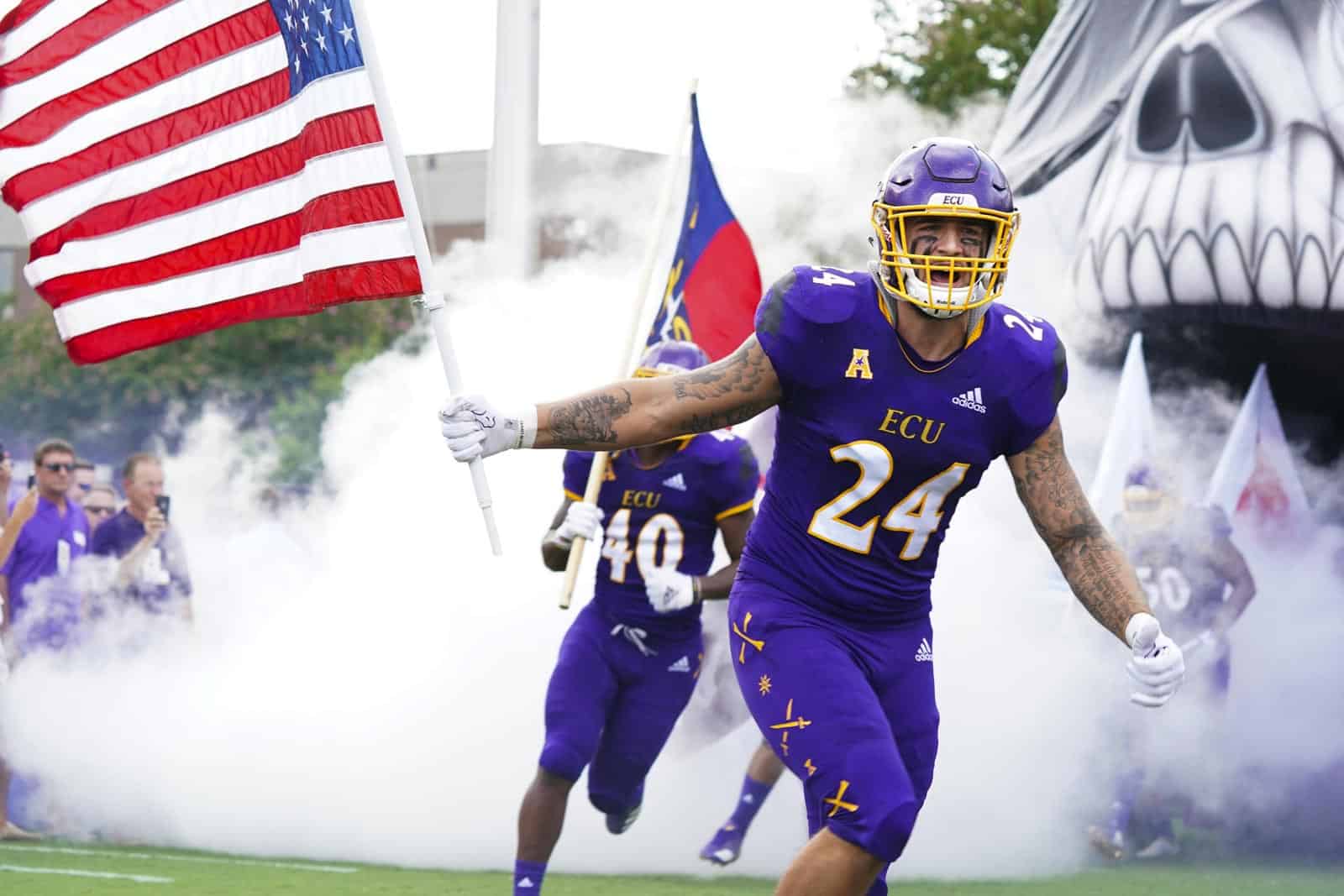 The East Carolina Pirates have added the William & Mary Tribe to their 2019 football schedule, both schools announced on Wednesday.

East Carolina will host William & Mary at Dowdy-Ficklin Stadium in Greenville, North Carolina, on Sept. 21, 2019. The game will be the 18th overall meeting between the two schools.

William & Mary was added to ECU’s 2019 schedule after Virginia Tech canceled their 2019 contest against the Pirates in Greenville last month. The Hokies also canceled contests at ECU in 2023 and 2025.

“One of our top priorities over the past month has been to finalize our 2019 schedule and we accomplished that today by adding a sixth home game with William & Mary,” East Carolina Director of Athletics Jon Gilbert said. “We had talks with several FCS and FBS schools over the past month about scheduling a game. We began discussions with William & Mary’s administration earlier this month about partnering together and we are excited to have the Tribe visit Dowdy-Ficklen Stadium this September.”

In other non-conference action in 2019, East Carolina will play at NC State on Aug. 31, host Gardner-Webb on Sept. 7, and travel to Old Dominion on Sept. 28.

East Carolina’s 2019 American Athletic Conference opponents include Cincinnati, Temple, Tulsa, and USF at home and Navy, SMU, UCF, and UConn on the road.

The 2019 AAC football schedule with dates is expected to be released in early-to-mid February.

“ECU is an outstanding opponent with a great fan base,” William & Mary Director of Athletics Samantha K. Huge said. “As we look to build on the resources and prestige of the department, Coach [Mike] London and I agreed it was a great chance to gain exposure for the program and provide our fans with another chance to see us compete in an exciting FBS environment.”

The addition of East Carolina gives William & Mary their 12th game for the 2019 season. Their schedule has already been officially released.

It’s becoming increasingly difficult for the AAC to get P5 home games. I wish the NCAA would intervene.