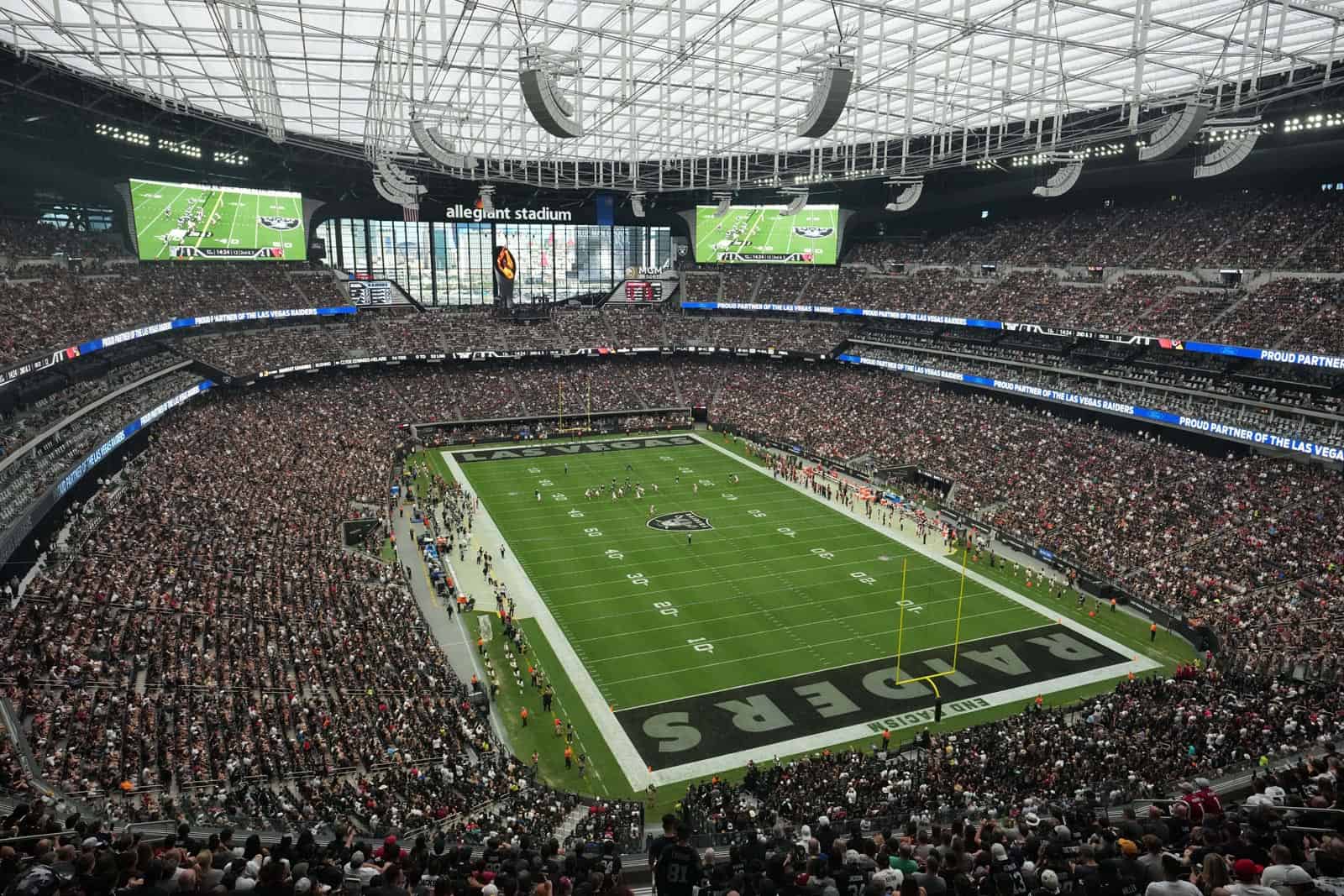 ESPN Events has officially flexed the kickoff time and television network for the SRS Distribution Las Vegas Bowl and New Mexico Bowl, it was announced on Monday.

The SRS Distribution Las Vegas Bowl, which is played at Allegiant Stadium in Las Vegas, Nevada, was originally scheduled to kickoff at 7:30pm ET on ABC on Saturday, Dec. 17, 2022.

The following day on Dec. 18, the Las Vegas Raiders were scheduled to play the New England Patriots at Allegiant Stadium in a Sunday Night Football matchup with the kickoff set for 8:20pm ET on NBC. However, the NFL flexed the Patriots-Raiders game out of that spot to 4:05pm ET.

As a result of that change, the SRS Distribution Las Vegas Bowl cannot be held at 7:30pm ET due to the amount of time that Allegiant Stadium requires in order to transform the stadium from a college setup to an NFL contest. Among the issues is that the stadium uses artificial turf for college games and natural grass for NFL games.

The Las Vegas Bowl matchup featuring the Florida Gators and Oregon State Beavers will now take the New Mexico Bowl’s previously scheduled time and network, which is 2:30pm ET on ESPN. The New Mexico Bowl, which features the SMU Mustangs and the BYU Cougars, will now kickoff at 7:30pm ET and the game will be broadcast on ABC.

ESPN Events first announced the possibility of this change two weeks ago.

“The SRS Distribution Las Vegas Bowl and New Mexico Bowl are both owned and operated by ESPN Events, so this change is a solution that works for all parties,” said Clint Overby, Vice President, ESPN Events. “We are accustomed to flexibility and we anticipated having to maneuver our event schedules based on the possibility of the Raiders game being flexed.”

The remainder of the 2022-23 college football bowl schedule, which was just set on Sunday, is unchanged. Bowl Season officially kicks off on Friday, Dec. 16, 2022 with the Bahamas Bowl at 11:30am ET on ESPN. The Miami (Ohio) RedHawks will take on the UAB Blazers in that matchup.

The College Football Playoff Semifinals are set for New Year’s Eve, Saturday, Dec. 31, 2022. The first matchup will feature the No. 2 Michigan Wolverines against the No. 3 TCU Horned Frogs in the Vrbo Fiesta Bowl at State Farm Stadium in Glendale, Ariz., at 4:00pm ET.

In the second College Football Playoff Semifinal at 8:00pm ET, the No. 1 Georgia Bulldogs will take on the No. 4 Ohio State Buckeyes at Mercedes-Benz Stadium in Atlanta, Ga. Both semifinal games will be televised by ESPN.

Semifinal winners will meet in the College Football Playoff National Championship on Monday, Jan. 9, 2023 at SoFi Stadium in Inglewood, Calif. The game will be televised by ESPN at 7:30pm ET.

Dan-ke for the Updates KK!

I tell FB Fans to check your Site for up to Date Team scheduling & results News.

Does the New Mexico Bowl now get a bigger $dollar payout for being played in prime time on ABC?

Neither SMU Mustangs nor BYU Cougars expected to be flex time Scheduled into a National Channel Broadcast on American Broadcasting Company on Prime Time Saturday Night!