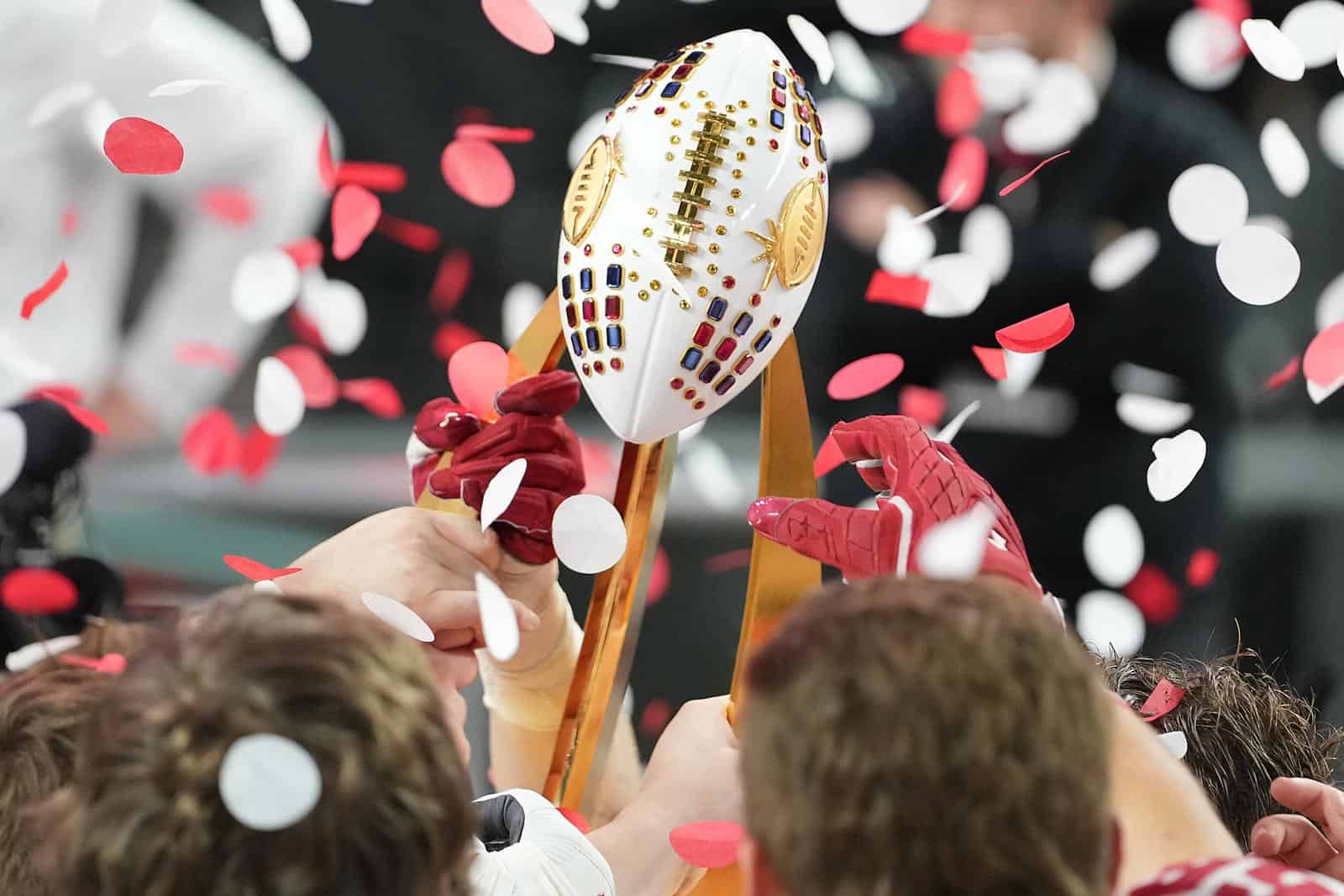 The SRS Distribution Las Vegas Bowl and New Mexico Bowl are prepared to flex their kickoff times and television networks this season, ESPN Events has announced.

However, Allegiant Stadium is also scheduled to host the Las Vegas Raiders’ home contest against the New England Patriots the following day on Sunday, Dec. 18. Kickoff for that game is currently set for 8:20pm ET / 5:20pm PT.

Due to the NFL’s flexible scheduling procedures, there is a possibility that the Raiders-Patriots game may be flexed to an earlier kickoff time on Sunday, which would leave Allegiant Stadium with a shorter window to transition from the Las Vegas Bowl to an NFL game.

Per the release, the kickoff times and networks for both games will be confirmed by the first week of December.

“The SRS Distribution Las Vegas Bowl and New Mexico Bowl are both owned and operated by ESPN Events, so this change is a solution that will work for all parties,” said Clint Overby, Vice President, ESPN Events. “While this situation poses a challenge, we are accustomed to flexibility and having to maneuver our event schedules. We are more than prepared to move forward with this revised schedule if necessary.”

The Las Vegas stadium can’t do it for a bowl, but Benz in Atlanta, and the Georgia Dome before it, had the SEC game kick as late at 8 EST with a 1 pm kick for a Falcons game the following day with zero issue.

Just read that the Las Vegas Bowl will be played on natural grass and the Raiders game on artificial turf, so that adds to the prep time. Although it only takes about 90 minutes for the grass tray to move inside.

If you’re referring to the 2020 SEC Championship Game on 12/19, followed by the Falcons/Bucs game on 12/20, that was during COVID, so there was a lot less to clean up. With expected crowds of up to 70,000 for these games in Vegas, I don’t think laziness is the factor.

The NCAA should grant New Mexico State (5-6) a waiver to become bowl eligible, and the New Mexico Bowl should offer an invite to the Aggies. That way, there might actually be interest and attendance.

LOL. Nobody cares about NM State. Not even in New Mexico.

I agree that if the NCAA “eligibility”, read “special interest”, committee was about granting waivers for true exceptional Circumstances then it would happen. The NCAA is compromised & is in fact not about that.

At the end of 2017, no 1A conference wanted NMSU Aggies. They were previously mediocre in the WAC till the MW, SBC, C-USA killed the WAC in 2014 (final 1A Season).

NMSU Aggies had to choose the Limbo of Forced Independence or… downsize the financing of the Program further to a 63 Scholarship Level (1AA) Franchise.

Being a State Taxpayer funded School; they chose “independence”.

The Program is in a large Western State with a lot of distance between Football Schools. 1AA Schools are even fewer than the few 1A Schools & pay far less than MW, other Independents & the multitude of Trust Five Conference Schools which will schedule NMSU Aggies for a 1-off 90% likely easy Win.

The Franchise went from mediocre-losing to losing every Season.

This is the ‘best’ Year NMSU Aggies have had since Western Athletic Conference Days sometime before 2014.
Knowing they’ll be in the C-USA Fold in 2023 may have given them more Life in 2022.

I.M.O., Interest would be generated in any Bowl they could be invited to. TV Viewers is key to all 1A Programs since ESPN carries all the Dependent Five Conference Exhibitions.