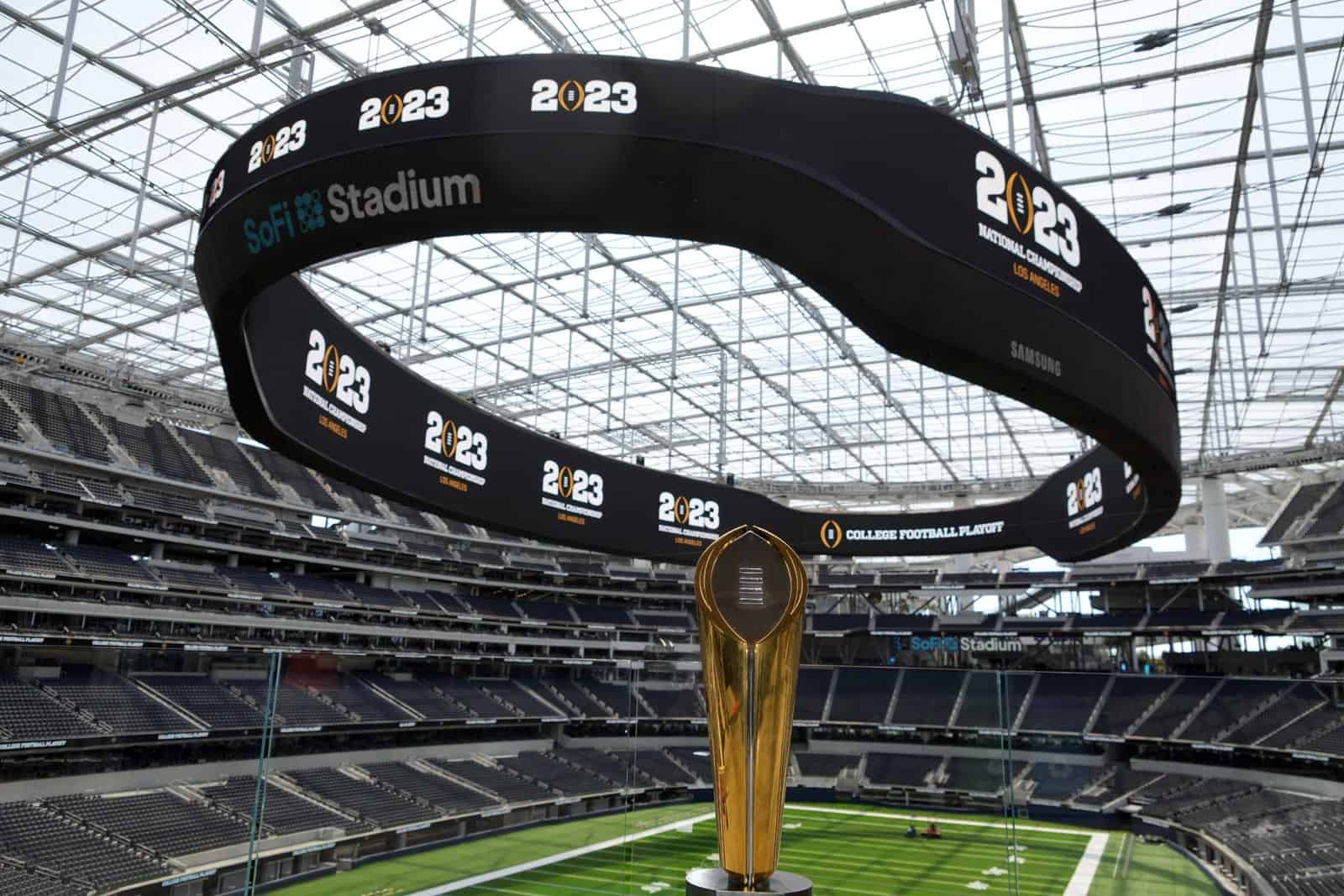 The College Football Bowl Schedule for the 2022-23 season has been finalized after conferences and bowls officially announced their bowl game selections.

Bowl Season officially kicks off on Friday, Dec. 16, 2022 with the HomeTown Lenders Bahamas Bowl at 11:30am ET on ESPN (Miami Ohio vs. UAB). That game is followed by the Duluth Trading Cure Bowl at 3:00pm ET on ESPN (UTSA vs. Troy).

At least one bowl is scheduled for each day from Monday, Dec. 19 through Thursday, Dec. 23 leading up to Christmas weekend.

Christmas Eve this season features the EasyPost Hawai’i Bowl, which will be played at the Clarence T. C. Ching Athletics Complex in Honolulu, Hawaii, on Saturday, Dec. 24. The game features San Diego State vs. Middle Tennessee at 8:00pm ET on ESPN.

17 bowl games are scheduled for Monday, Dec. 26 through Friday, Dec. 30 leading up to New Year’s Eve.

New Year’s Eve, which is on Saturday, Dec. 31 this year, features two bowl games plus the two College Football Playoff Semifinals. Hosts in 2022 are the Chick-fil-A Peach Bowl and the Vrbo Fiesta Bowl.

Since New Year’s Day falls on a Sunday in 2023, no college football bowl games are on the schedule.

The winners of Georgia-Ohio State and Michigan-TCU will meet in the College Football Playoff National Championship on Monday, Jan. 9, 2023 at SoFi Stadium in Inglewood, Calif. The game will be televised by ESPN at 7:30pm ET.

Below is the complete schedule of College Football Playoff Semifinals and New Year’s Six games for the 2022-23 season. See the links below that for the complete bowl schedule.

I assume that you meant to write, “a policy for only NIGHT New Year’s Six bowls”. Am I right?

If you lose at home to both Marshall and Stanford you have no business even playing in a bowl game.

The 12 Team playoff is going to be awesome for AD of the 5th seeded team!.They get a home game against the worst Team in the playoff, then get to play the 4th seeded auto champ #8 ranked in a Bowl Game then play the #1 Team or the team that beats them then the championship. Not sure how awesome 4 more games would be for the players and coach but for the media mentions and chances for lots of wins the #5 seed will be tops, unless you lose to Tulane.