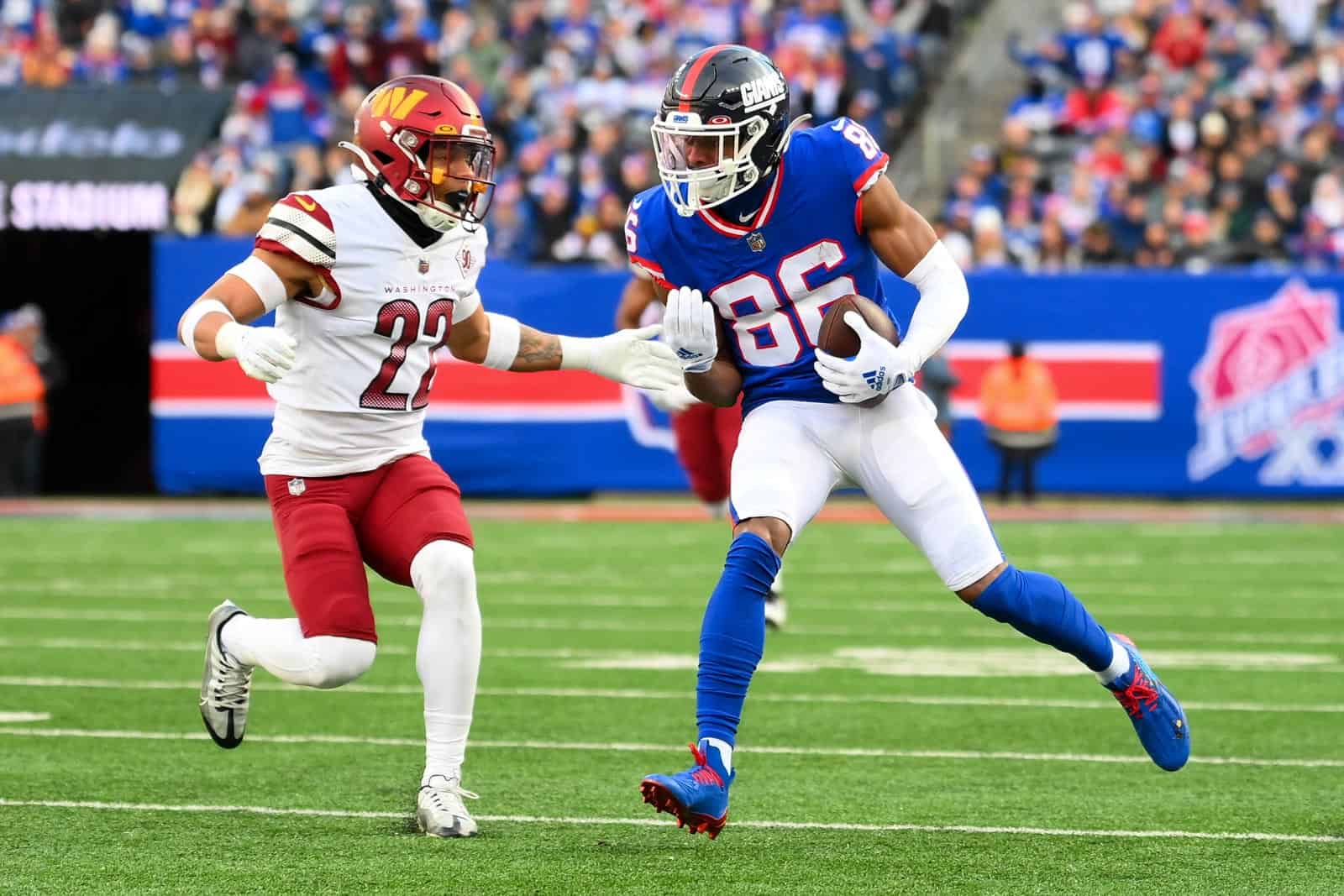 The 2022 NFL schedule has undergone a few changes for Week 15, the league announced on Monday.

The Week 15 New York Giants at Washington Commanders game, which was previously held as a Saturday option, has been flexed to Sunday Night Football on December 18. The Giants and Commanders will now play at 8:20pm ET with television coverage on NBC.

As a result, the previously scheduled Sunday Night Football matchup, New England Patriots at Las Vegas Raiders, has been moved to 4:05pm ET and will be televised by FOX.

Earlier on Monday, the NFL announced their Saturday tripleheader on the NFL Network for Week 15 (Dec. 17). Those three contests include Indianapolis at Minnesota (1pm ET), Baltimore at Cleveland (4:30pm ET), and Miami at Buffalo (8:15pm ET).

Below is the revised schedule for Week 15 of the 2022 NFL season. See our weekly NFL schedule for the entire season slate.