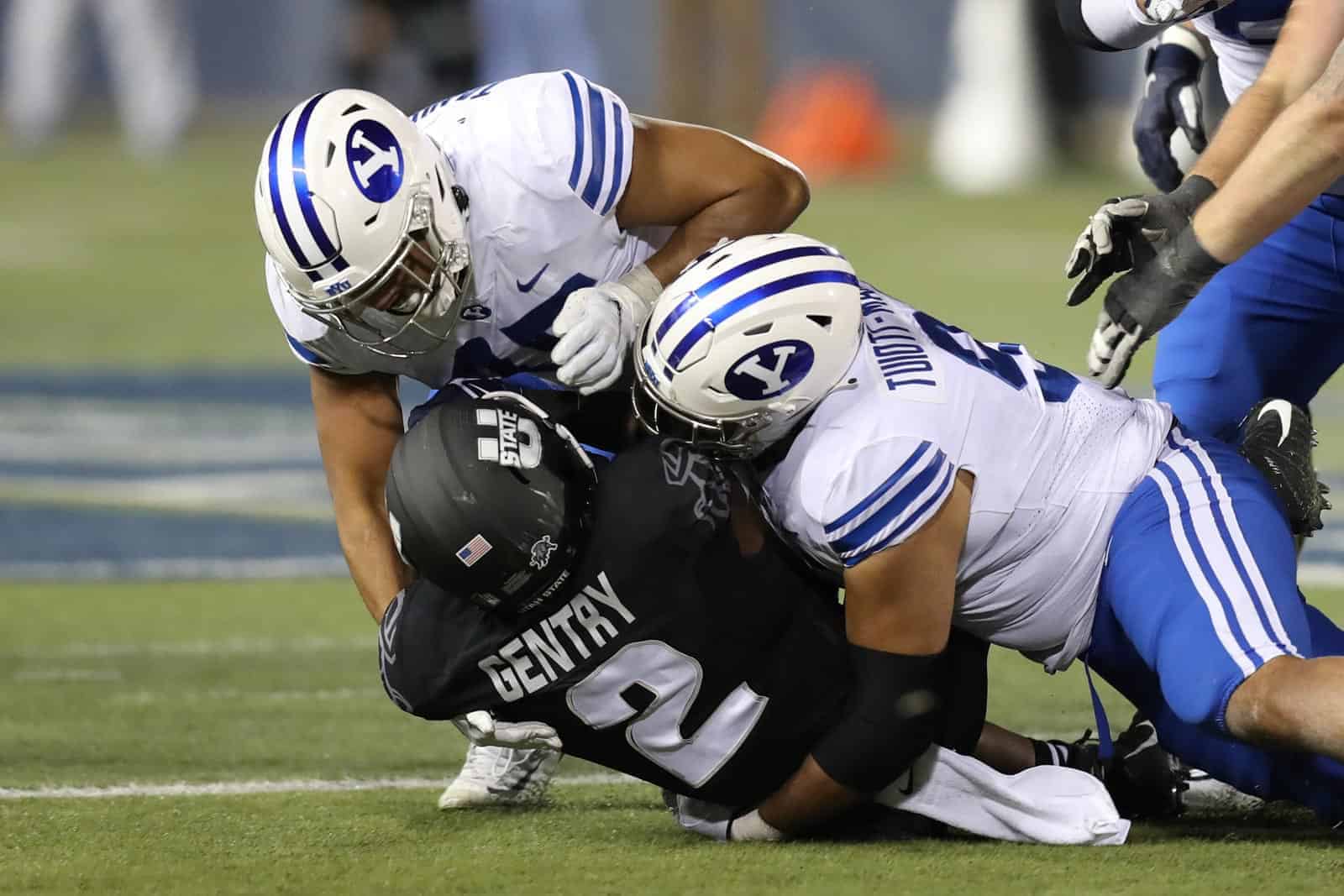 The BYU Cougars and the Utah State Aggies have canceled their home-and-home football series that was scheduled for the 2023 through 2026 seasons.

“As we prepare to enter the Big 12 membership, we’ve had to make many adjustments to nonconference games on our future schedules,” BYU Director of Athletics Tom Holmoe said. “We are grateful to Utah State for being a willing partner in scheduling games throughout the years, especially the last decade as we’ve navigated independence. While we don’t have the Aggies scheduled beyond 2022 at this point, we will continue to work together to play this in-state game again in the future.”

BYU is scheduled to host Utah State this season in Provo on Thursday, Sept. 29. The Cougars currently lead the overall series with the Aggies 50-37-3.

“Utah State and BYU have a long-standing history of annual competition on the football field and our goal is to continue the rivalry,” said Utah State Vice President and Director of Athletics John Hartwell. “While we are disappointed to see the series go away for now, we are committed to working with BYU to find scheduling opportunities in the future.”

BYU will not face a penalty for canceling the games with Utah State because the contract contained language that released either school from the agreement if they joined another conference with at least four Power Five members.

On Monday, we reported that it appears BYU has canceled a 2024-25 series with Hawaii since those games no longer appear on Hawaii’s official athletics website.

Last week, we also reported that BYU has canceled their game in 2024 against Georgia Southern. The Cougars have also canceled future games with UNLV, Minnesota, Rice, Fresno State, Boise State, and Virginia.

the future schedules have not been updated to reflect this change.

They have, but we utilize site caching so you will see a delay.

Utah St. has been a consistently good team of late, which has made this matchup a good one to watch it seems.

And it also seems like Utah St. is willing to work with BYU’s new scheduling situation which is good for potential future matchups.

The Aggies & Cougars get 1 more shot in 2022. The Aggies new Coach will show what he does or doesn’t do in the 2nd Year, after Aggie Fans Hopes exceeded most Dreams last Year.

A darn shame for the Beehive State.